Dozens of dogs destined to be killed for their meat have been saved from horrendous conditions on a farm in South Korea.

Charity Humane Society International rescued 50 animals from a small farm in northern Gyeonggi-do province this month after finding the animals locked in tiny cages and living in filth.

The animals will now be sent to an adoption centre in Canada where workers will attempt to find them permanent homes. 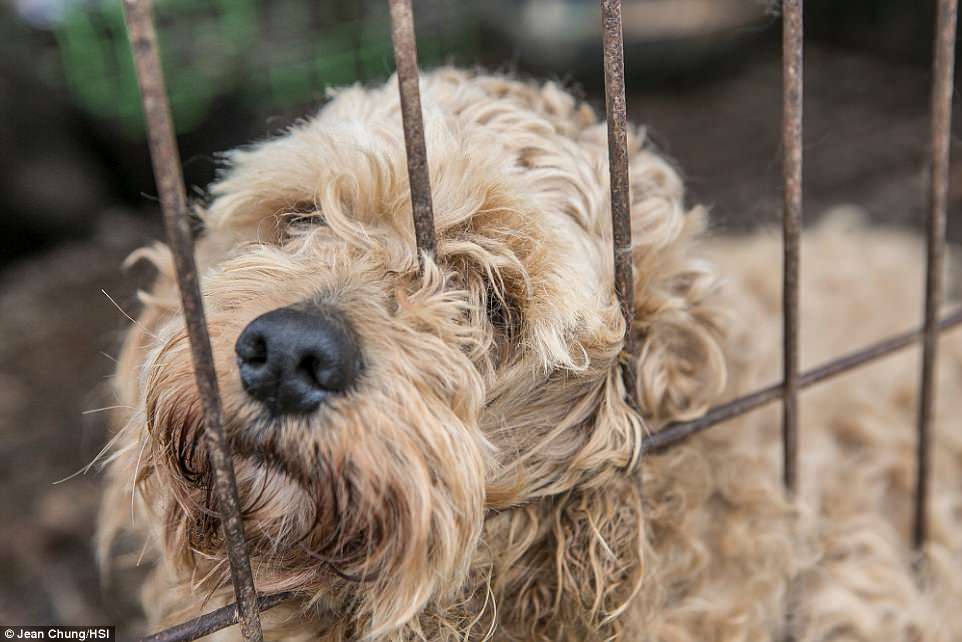 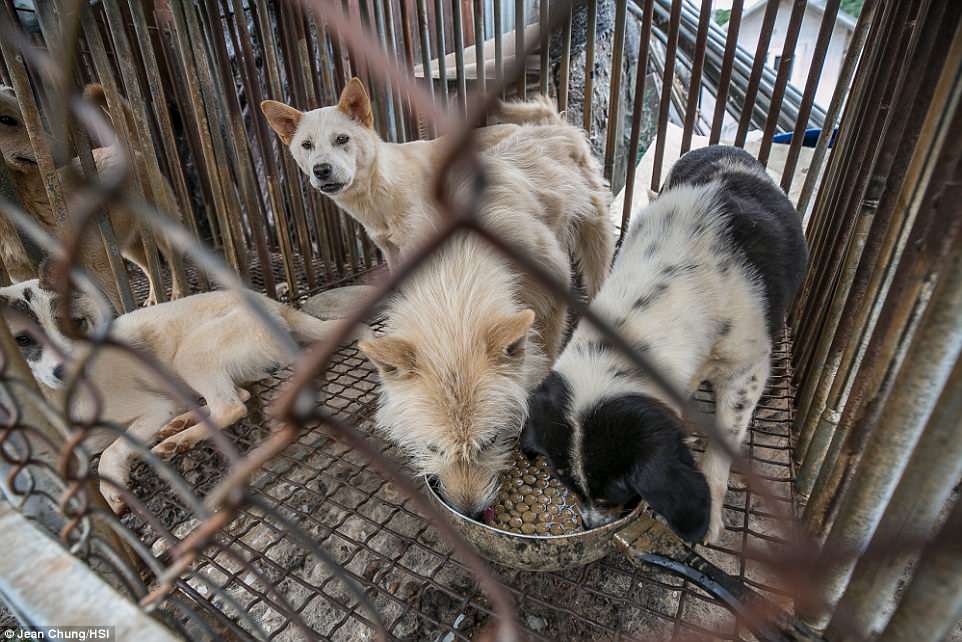 In total 50 dogs, including Jindo crosses, terrier crosses and Sapsal breeds, were saved from the farm and will now be taken to Canada 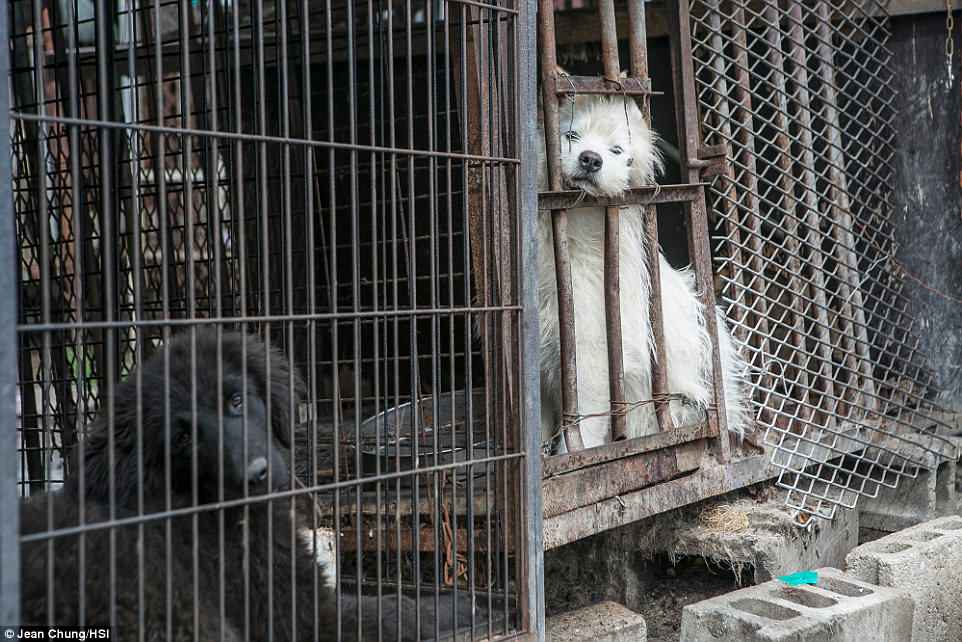 The canines were rescued by workers from Humane Society International who persuaded the farmer, named only as Shin, to replace the animals with more profitable crops 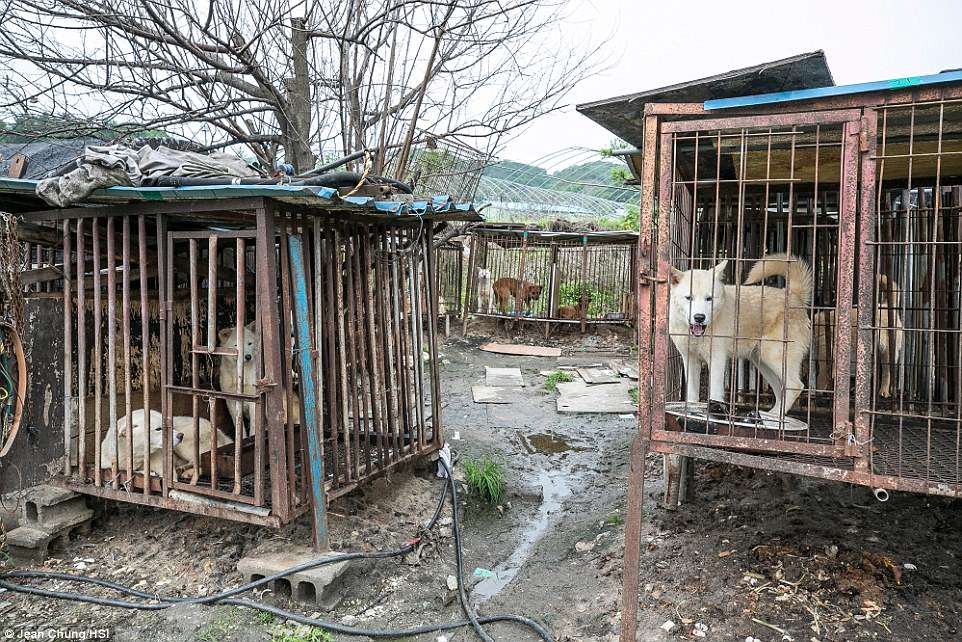