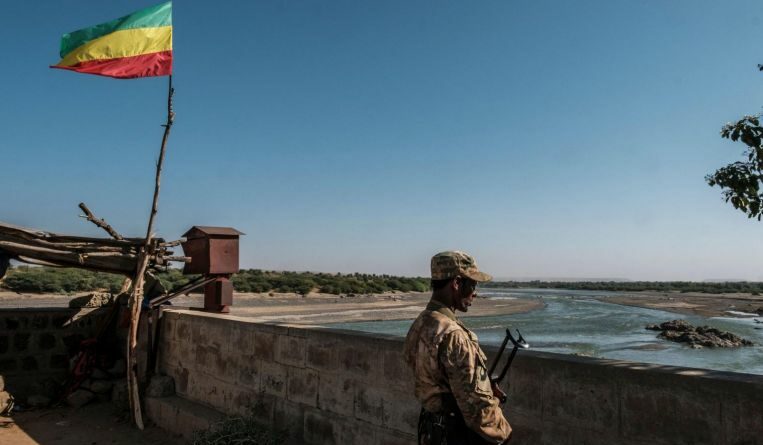 ADDIS ABABA (AFP) – Nearly a year ago, as the world awaited the outcome of the US presidential elections, Prime Minister Abiy Ahmed deployed troops in Ethiopia’s Tigray region.

Mr Abiy promised that the operation, launched November 4 2020, would be swift and targeted. Instead, it has devolved into a prolonged war marked by massacres, mass rapes and a looming threat of famine.

How did we get here?

The 2019 Nobel Peace Prize winner said from the beginning that his objective was to detain and disarm leaders of the Tigray People’s Liberation Front (TPLF), the regional ruling party which dominated national politics for three decades before Mr Abiy took office.

The move was unavoidable, he said, after the TPLF staged attacks on army camps in the region.

But it also followed months of tensions, with TPLF leaders complaining of being sidelined by Mr Abiy’s government.

Yet in the months that followed, the TPLF mounted a successful counter-insurgency.

By late June, the rebels controlled most of the region again, prompting the military to largely withdraw and Mr Abiy’s government to declare what it described as a “humanitarian ceasefire”.

Where is the fighting now?

The TPLF then launched offensives into the neighbouring Afar and Amhara regions.

Its leaders said their goals were to deny Mr Abiy’s forces the chance to regroup and re-enter Tigray and to break what the UN describes as a de facto blockade on humanitarian aid.

Mr Abiy, in turn, called for mass mobilisation against the TPLF, which his government has officially designated a terrorist group.

In recent weeks, fighting has been concentrated in Amhara, south of Tigray.

Much of northern Ethiopia is under a communications blackout and access for journalists is restricted, making battlefield claims difficult to verify independently.

TPLF spokesman Getachew Reda has not ruled out a march on Addis Ababa, telling AFP: “If that’s what it takes to break the siege on Tigray, why not?”

Tigray itself has seen little fighting since late June, yet the Ethiopian air force has carried out a series of air strikes there in recent days.

The government says the strikes target rebel facilities including training centres, but the TPLF denounce a disregard for civilian lives.

Over a dozen people have died since the campaign began this month.

How bad is the humanitarian situation?

More than 400,000 people in Tigray have “crossed the threshold into famine”, a senior UN official told the Security Council in July, and conditions have deteriorated since then.

Basic services including electricity, banking and telecoms “are being denied by the Ethiopian government”, a US State Department spokesperson told AFP in September, pointing to “indications of a siege”.

The UN estimates 100 trucks of food and non-food aid must reach Tigray each day to meet needs on the ground, yet the actual number entering the region since mid-July amounts to just 15 per cent of that.

The government blames the TPLF for Tigray’s aid woes, saying its incursions into Afar and Amhara have obstructed deliveries.

Hundreds of thousands of civilians have been displaced by the fighting there, raising fears that large-scale suffering may be spreading well beyond Tigray.

What are the prospects for peace?

Mr Abiy’s government has framed the war as an internal “law enforcement operation” and resisted mediation efforts, including early appeals from high-level African Union envoys for talks with Tigrayan leaders.

In August, the AU appointed former Nigerian president Olusegun Obasanjo as high representative for the Horn of Africa as part of a drive to promote regional peace and security.

Diplomats say Mr Obasanjo is trying to facilitate talks, but success is far from assured.

“It is hard to see these particular protagonists sitting around the table and hashing things out,” said Mr William Davison, senior Ethiopia analyst for the International Crisis Group.

“I think, depressing as it is, more and more this does look to be playing out on the battlefield.”

Even if talks materialise, “it would be delusional for anyone to think that things will go back to ‘normal’ after so much bloodshed and destruction,” said Professor Awet Weldemichael, a Horn of Africa security expert at Queen’s University in Canada.