Americans don’t like Australians: that's the vibe we got on our first morning in New York. My beloved and I sat down in a nice little diner and a waitress came over, flashing her big all-American polished-Caesarstone kitchen-benchtop white-teeth smile. 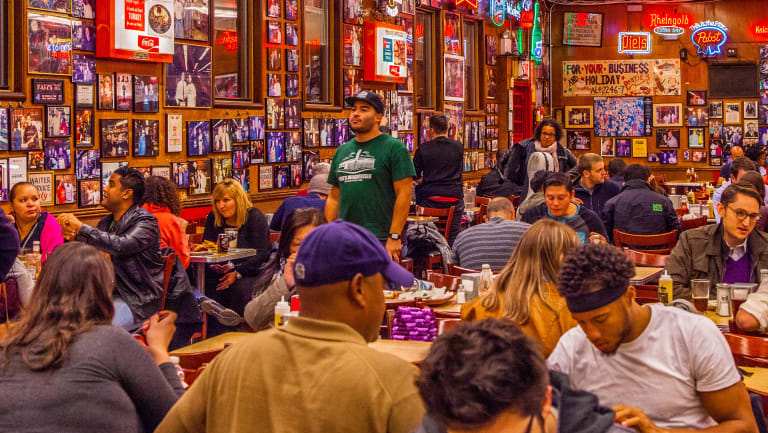 She said hello, took our orders, asked where we were from – but the moment we said “Australia”, her flashy white Caesarstone-smile turned into a budget-priced laminate-smile from Kitchen Shack.

She said, “Oh… right… Australians,” then she walked away, brought us our food, left us alone – and we wondered what we’d done wrong.

Was it the irritating way we asked for “brekkie”? Was it the way we call people “mate” even when we’re not mating with that person? We couldn’t work it out so we just ate our food, paid our bill, walked out – and as we were leaving I saw the waitress looking at the $2 tip we’d left on the table, shaking her head. And that’s when I worked it out: “Oh, riiiiiight… Australians.”

Americans don’t like Australians because we’re shocking tippers. It doesn't come naturally to us. It’s not built into our national psyche.

We can calculate complicated AFL scores, multiplying by sixes and adding on behinds and dividing by quarters, but we can’t work out 10 per cent of a restaurant bill, not even with a calculator – it’s too hard, it won’t go, it can’t be done, we tried our best, we’re sorry.

And this is not great because America is a tipping country: hospitality staff get paid really low wages so tips are pretty much their entire income – and every time an Aussie visits the States, a restaurant worker dies of malnutrition and poverty.

Now we felt bad: we’d already killed one waitress, we didn’t want to kill any more – so on behalf of all Australians, it was our duty to salvage our nation’s reputation, to make Americans love us, to plunge into a week of agonising, nauseating, brain-rewiring tipping-torture.

Our next meal was at a pizza joint in Greenwich Village and when the bill came, we decided to go for 10 per cent – ease ourselves in, let’s not go crazy here. Feeling anxious, jittery, I worked out the tip: “OK, just move the decimal point one place to the left. No no, not to the right! – that would be a fatal tipping error! TO THE LEFT AND THE LEFT ALONE!”

Eventually I did it. It felt good. Look at me ma! I’m tipping like a proper tipper, footloose and fancy-free, ha ha!

Our next meal was pastrami on rye at the famous Katz’s Deli on the Lower East Side and this time I pushed harder, went up to a daunting 15 per cent (I was comfortable with this, I was a Katz, I’d be keeping the money in the family).

By the end of our New York visit, I was the top tipper in town: I was tipping a whopping 20 per cent to waiting-staff, bar-people, taxi-drivers, hobos, the subway system, and the cabin crew on the flight back to Australia. Everybody loved us now. America loved us. Then we landed in Tullamarine and caught a taxi home. Didn’t tip the driver. No need to be loved here. We were back.

Danny Katz is a Fairfax columnist.