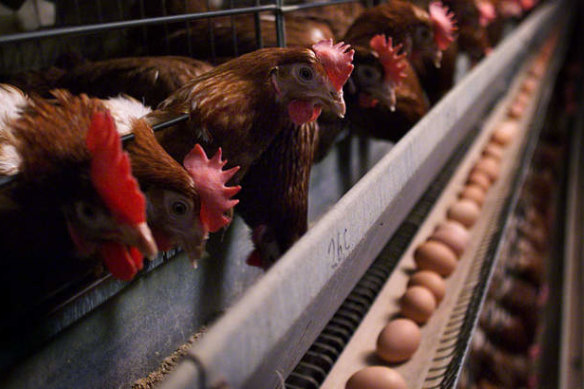 Australia continues to use battery cages for egg-laying hens.Credit:Wayne Taylor

UK farmers have savaged the agreement as unfair and complained that Australia’s less strict animal welfare rules put them at a disadvantage.

While poultry and eggs were not included, critics said revelations Australia will continue to use battery cages for egg-laying hens for up to 25 years after they were first banned in the UK proved their criticisms were valid.

Angus MacNeil, who chairs the Commons Trade Committee, took aim at comments made by Agriculture Minister Murray Watt, who said allowing the continued use of battery cages should reassure Australia’s international trade partners.

“Minister Murray Watt says he is balancing science with animal welfare – he frankly is not,” MacNeil, an Scottish National Party MP, told The Sydney Morning Herald and The Age.

“He is throwing animal welfare out the window to make cash in literally a filthy and inhumane way.

“It doesn’t bode well for trade partners of Australia when this is their actual laissez-faire attitude to animal wellbeing rather than fair and humane treatment all round.

“For some, it will seem that Australia is being unscrupulous and careless regarding animals for trade advantages.

National Farmers Union Cymru director John Mercer said Welsh farmers had been producing eggs free of battery cages since 2012, with the European Union first voting to outlaw them at the turn of the century.

“In the poultry sector, since 2012 the use of conventional cage systems in the UK has been banned and we have national legislation in place governing the welfare of our laying hens.

“Industry data shows that 89 per cent of Welsh laying hens live in free-range systems and those in barns benefit from a variety of enrichments.”

World Animal Protection said Australia continues to lag on hen welfare behind the EU, New Zealand and some American states committed to phasing out cages from 2012.

The fresh criticisms come amid a political row over animal welfare standards that’s surfaced during the ongoing Tory leadership contest between Liz Truss, who signed the UK’s first brand new trade deal after Brexit with Australia, and Rishi Sunak, who has said the agreement left British farmers shortchanged. 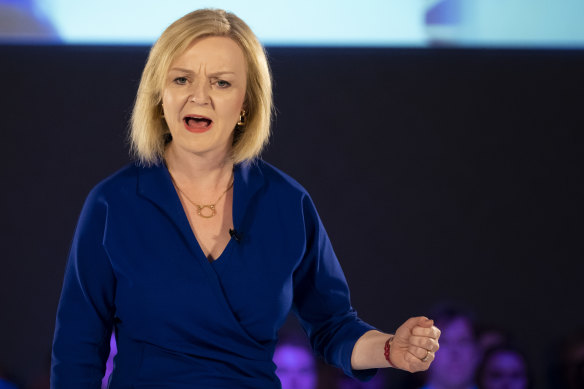 UK Environment Secretary George Eustice said he had faced an uphill battle to convince Truss to reflect Britain’s animal welfare standards in new trade deals and that it was a key reason why he was backing Sunak.

“He’s got a position that I am much more comfortable with than I suspect will be the position with Liz Truss, and that is the position on international trade: he has made it clear that we shouldn’t compromise on animal welfare standards,” Eustice said.

“It is fair to say there were some challenges I had in getting Liz Truss to recognise the importance of animal welfare in particular and that we should reflect it in trade agreements.”

On Friday, Sunak fronted a question and answer session known as “hustings” for rural voters hosted by the National Farmers Union. Truss boycotted the event.