Voters in Australia head to the polls on Saturday to choose their next prime minister and parliament. 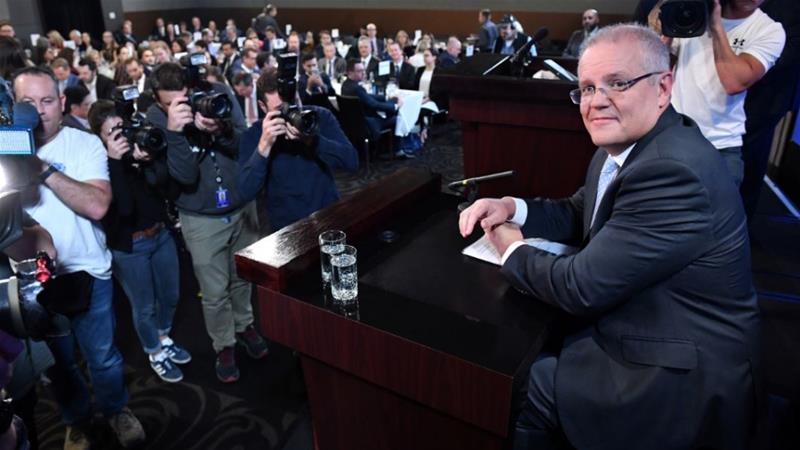 Australia’s Prime Minister Scott Morrison has predicted a close result at the country’s upcoming election, as opposition leader Bill Shorten used a campaign rally to revel in the memory of one of his centre-left party’s greatest victories almost half a century ago.

Morrison, of the centre-right Liberal-National Coalition, made his final major speech of the campaign on Thursday, two days before the vote, with a recurring theme that now was not the time to elect a Labor Party government.

“This will be a close election,” Morrison said at the National Press Club in Canberra. “That is not something, I think, anyone was writing two months ago, six months ago, eight months ago.”

Opinion polls have consistently put Labor ahead of Morrison’s Liberal Party-led coalition for the past two years.

On Thursday, an Essential Poll for The Guardian newspaper showed Labor ahead of Morrison’s coalition government by a margin of 51.5-48.5 on a two-party preferred basis where votes are distributed until a winner is declared. 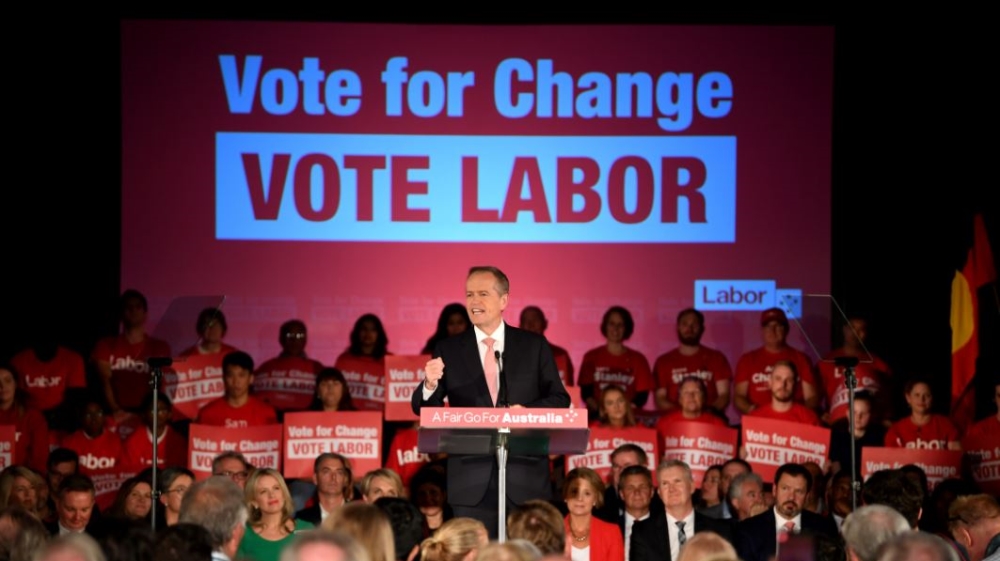 Meanwhile, Shorten chose to make his final campaign pitch in the same western Sydney venue where Labor Party party hero Gough Whitlam gave what has been remembered as his “It’s Time” speech in 1972.

“It’s Time” was also the campaign slogan. Weeks after his speech, Labor won its first federal election victory since 1946 and Whitlam became a reforming prime minister.

Shorten was cheered by hundreds of supporters wearing T-shirts with the slogan “Vote for change. Vote for Labor,” in a raucous hall in the working-class suburb of Blacktown.

“Never has the case for change been more clear or more urgent,” Shorten told the gathering. “Because just as Blacktown tells us the story of the change that Australia voted for back then, it also speaks why our country should vote for change now.”

Whitlam, who died in 2014, is remembered for sweeping reforms including government-funded universal health care and free university education.

But he is also remembered for financial mismanagement that led to his government being fired in 1975 by the Australian governor-general, who represents Australia’s head of state, British Queen Elizabeth II.

Piers Morgan: Nick Ferrari on ‘clever’ move by GMB host ‘Why didn’t I think of that?’
World News