Staff at Life Circle said the Brit scientist “has gone in peace” aged 104. 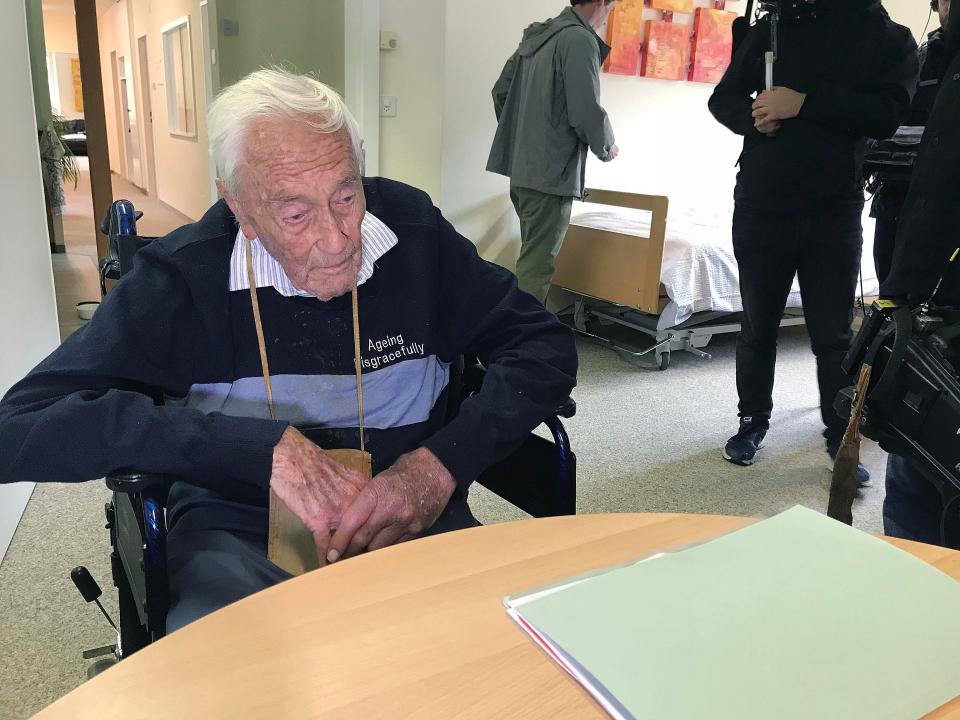 He joked "what are we waiting for?" as his relatives filled out witness paperwork at the assisted suicide clinic.

Family and friends surrounded him as Beethoven's Ninth Symphony echoed in the background before he flicked a switch to send the lethal medication into his veins.

Philip Nitschke, director of Exit International, said David Goodall was declared dead at 12:30 p.m. in Liestal, a town outside the city of Basel, where he had traveled to take advantage of Switzerland's assisted-suicide laws.

Nitschke said that, before activating the drip, Goodall had to answer "several questions so he knew who he was, where he was and what he was about to do." 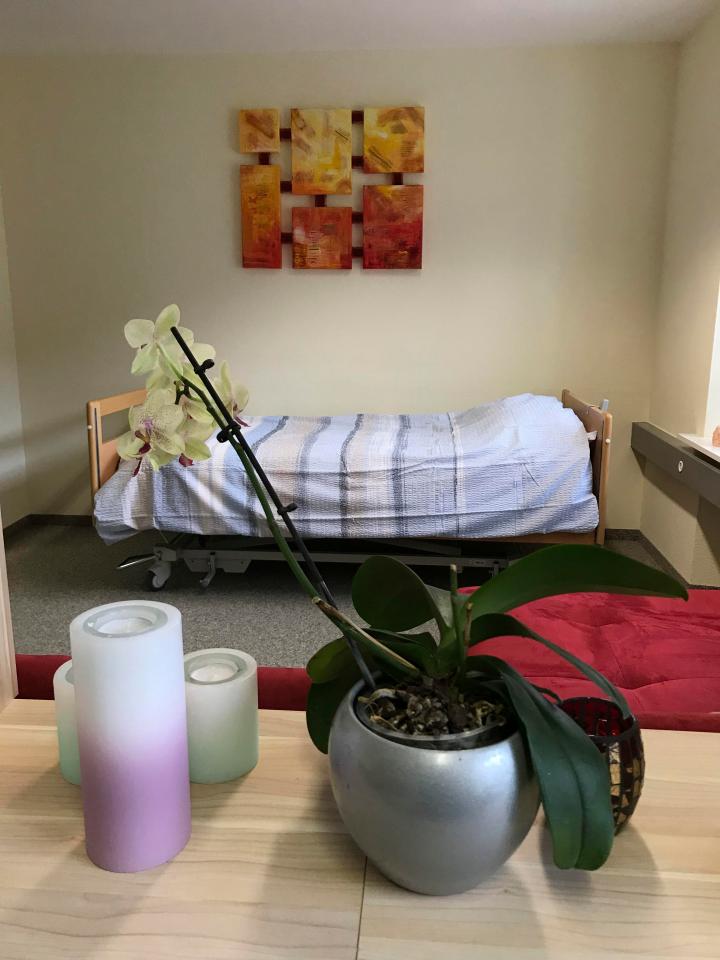 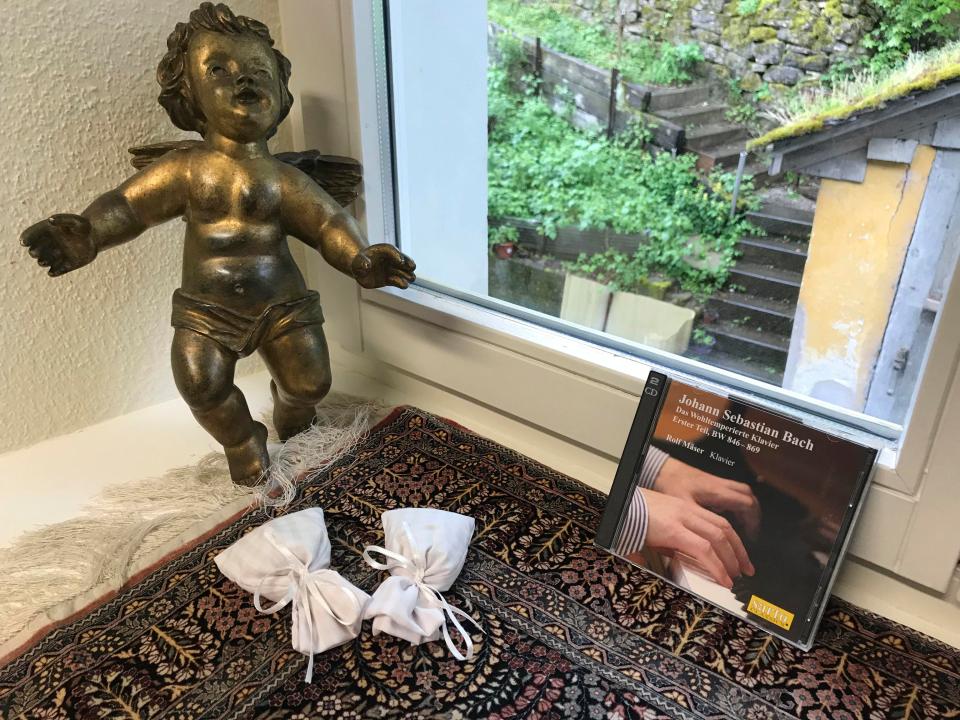 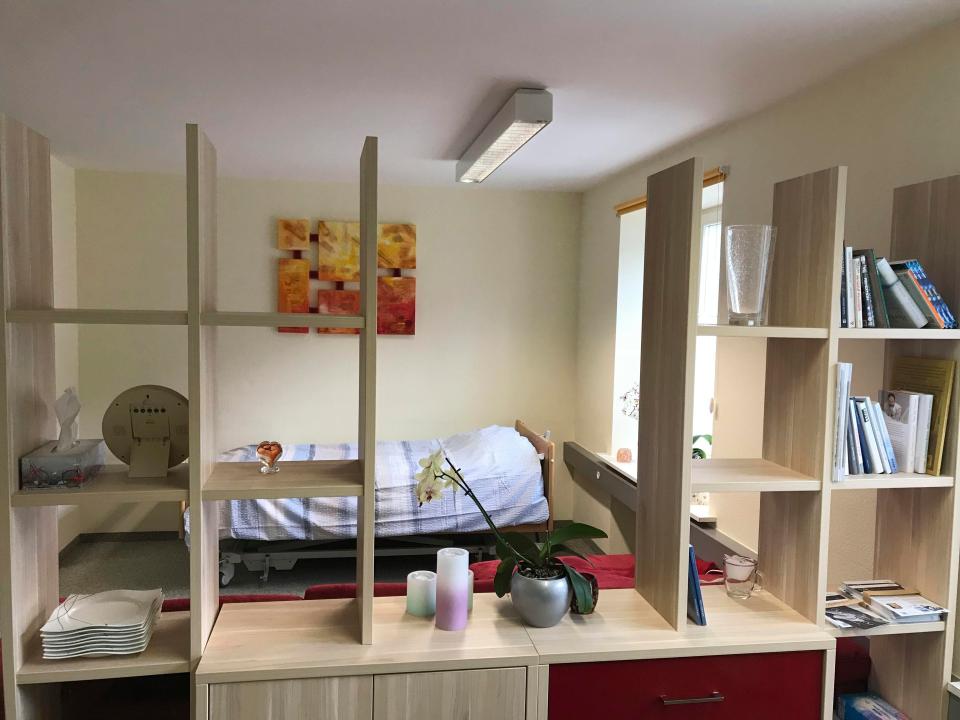 "He answered those questions with great clarity, activated the process" while Beethoven's Ninth Symphony played in the background, he added.

His last words before losing consciousness were "this is taking an awfully long time," Nitschke said, but "he died shortly thereafter."

The botanist enjoyed a final meal of fish and chips followed by cheesecake before taking a fatal does of the sleeping drug Nembutal.

He had his last dinner in a Basel hotel surrounded by friends and family before travelling to the clinic in Liestal.

Goodall was not suffering from a terminal illness but secured a fast-track appointment with the assisted dying agency Life Circle after saying he "deeply regrets" living so long. 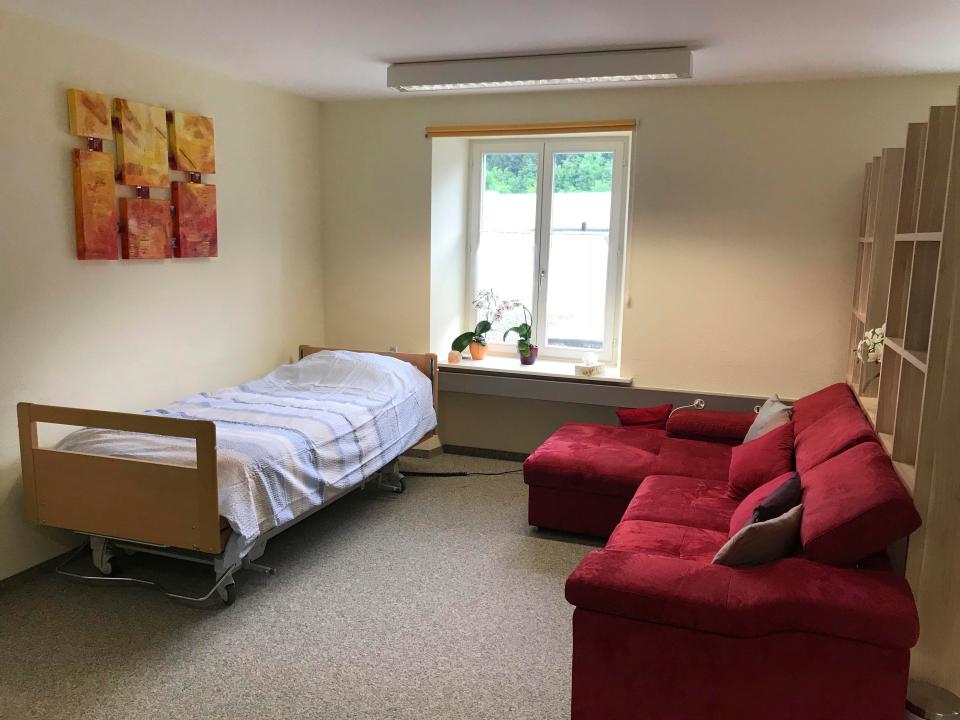 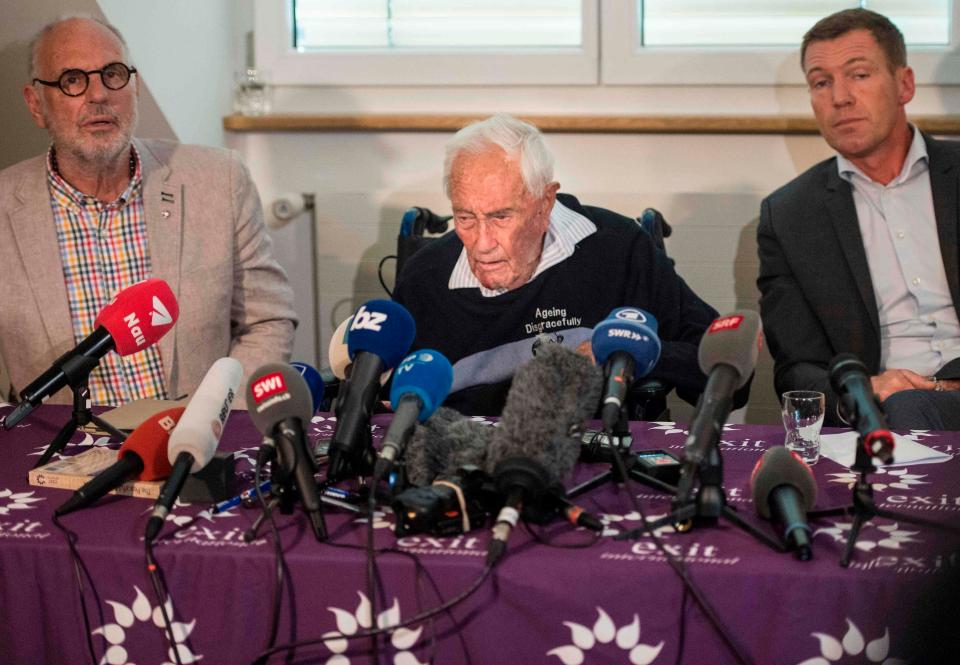 Police and coroner officials will now visit the clinic to ensure the assisted suicide was carried out correctly.

Yesterday he answered questions at a press conference telling reporters he was "ready for the end".

He said: "One should be free to choose death, when death is at an appropriate time.

"My abilities have been in decline over the past year or two, my eyesight over the past six years. I no longer want to continue life. I'm happy to have the chance tomorrow to end it." 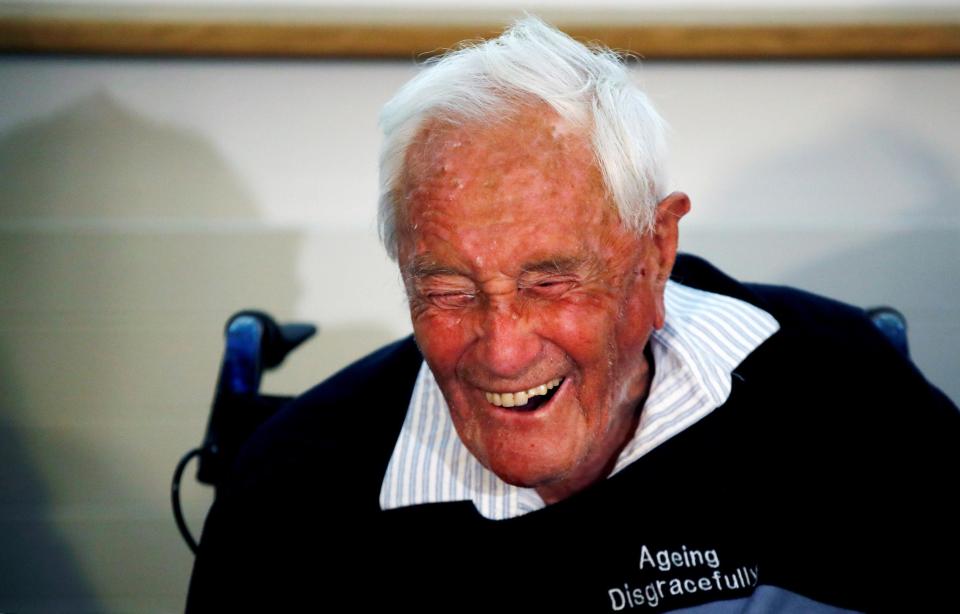 Dr Goodall was born in 1914 and went to St Paul's School in London, UK.

He wore a sweatshirt with the slogan "ageing disgracefully" as he left Perth Airport in Australia for the start of his final journey. 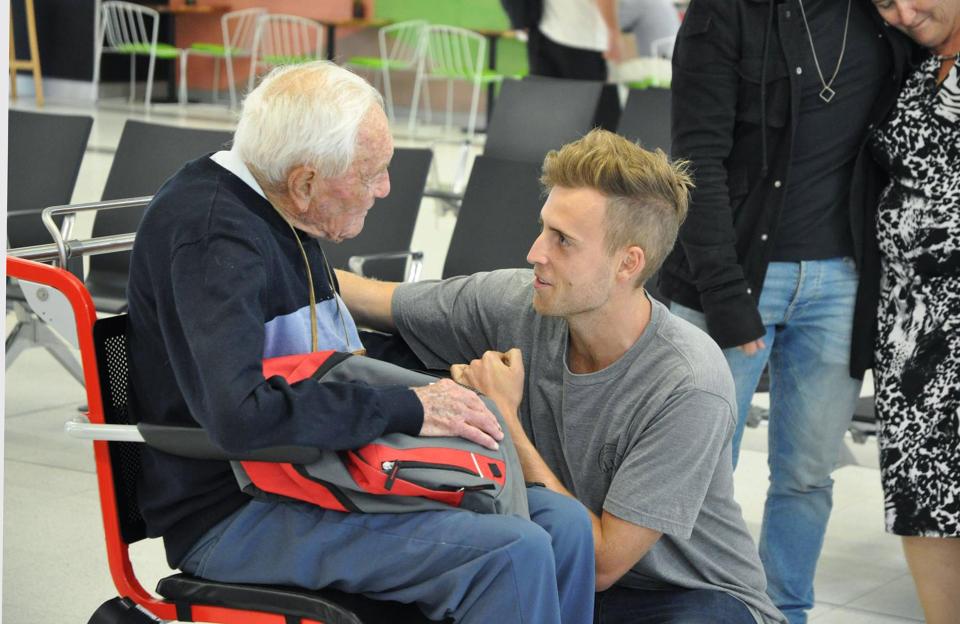 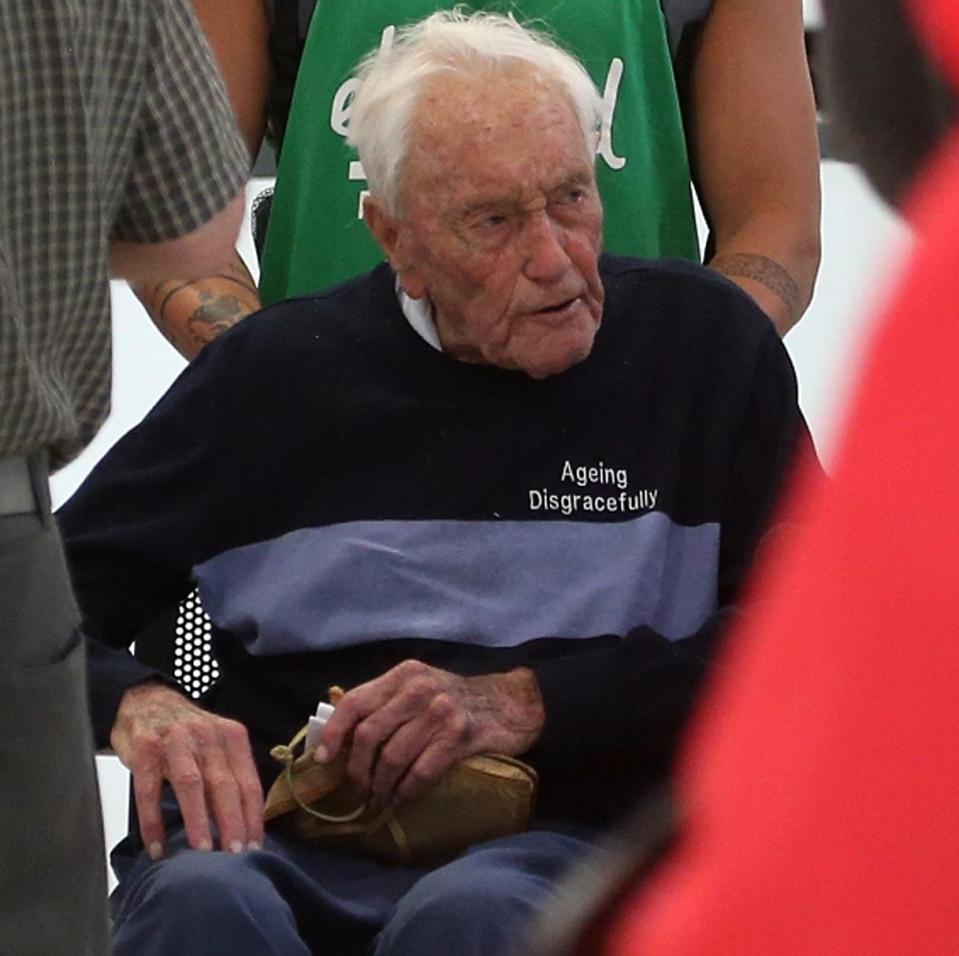 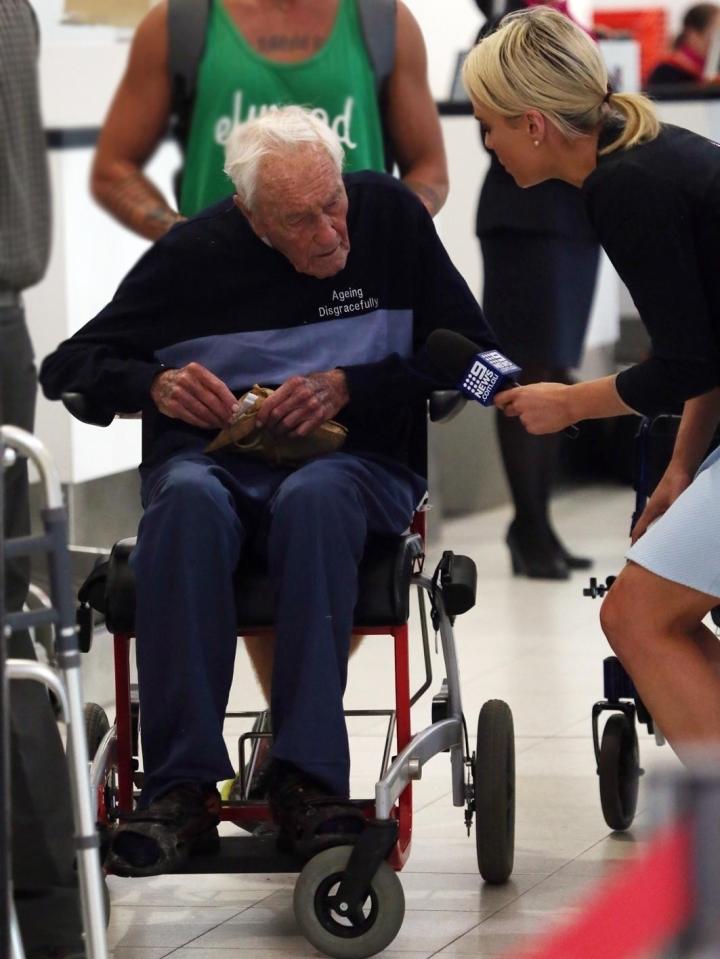 Supporters of the renowned academic had earlier expressed fears that Australian officials would prevent him from travelling to Europe. 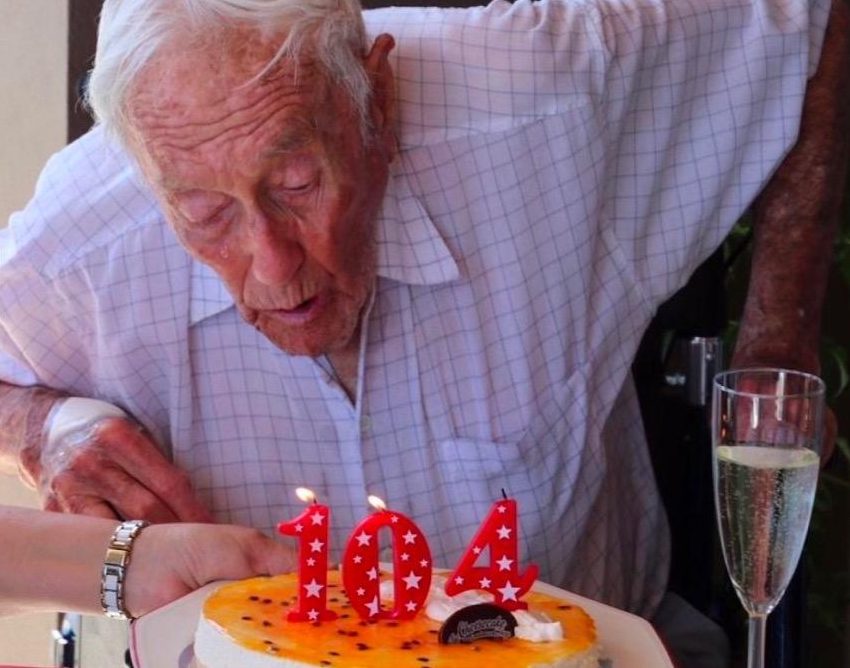 Goodall started making his way to Switzerland with the flight from Perth to Singapore.

The professor, who emigrated to Western Australia when he was 34, raised more than £10,000 to travel to Switzerland.

Speaking to ABC last week, he said: “I greatly regret having reached that age.

"I’m not happy. I want to die. It’s not sad particularly. What is sad is if one is prevented.

“If one chooses to kill oneself, then that should be fair enough. I don’t think anyone else should interfere.” 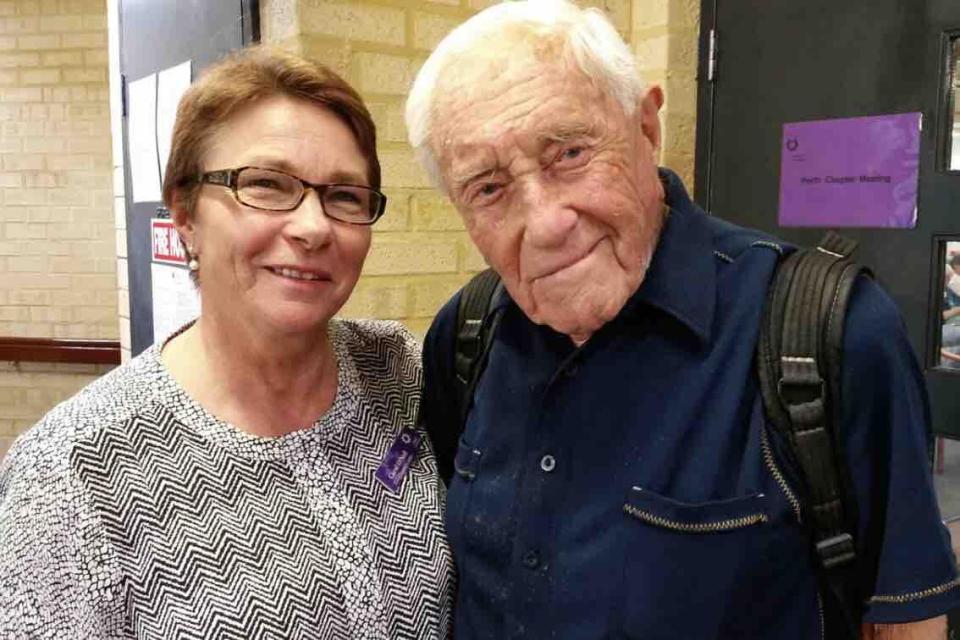 Dr Goodall told Seven News: "My feeling is that an old person like myself should have full citizenship rights including the right of assisted suicide."

Dr Goodall has been a member of the group for almost 20 years.

One of the organisation's nurses, Carol O’Neil, will accompanied him to the Life Circle. 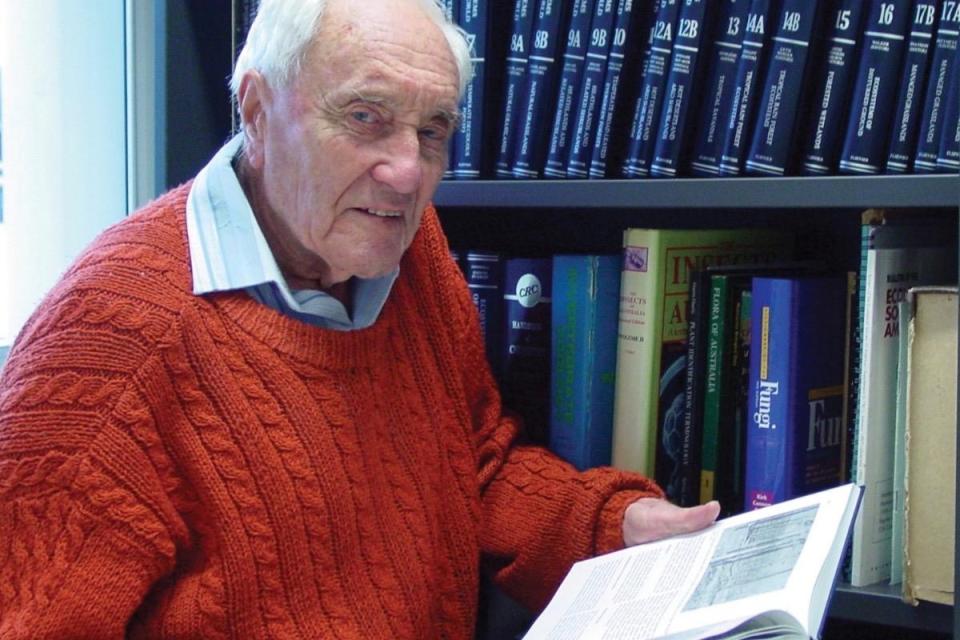 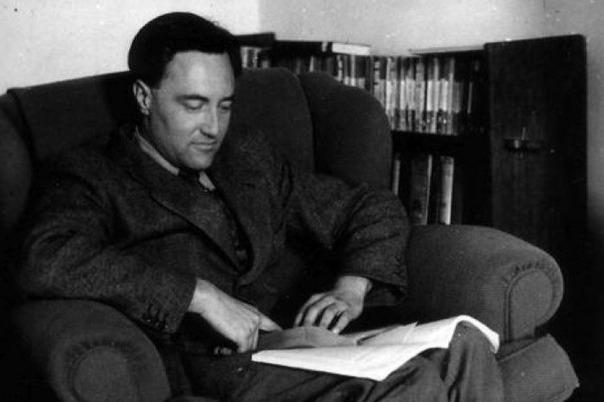 Assisted suicide has been legal in Switzerland since the 1940s, if performed by someone with no direct interest in the death.

The Netherlands legalised euthanasia in 2002 for patients considered to be suffering unbearable pain with no cure.

In many countries, however, physician-assisted suicide or euthanasia are illegal.

Both are illegal in the UK – with euthanasia carrying a maximum penalty of life in jail, and assisted suicide 14 years.

The only exception is "passive euthanasia", which is where treatment that might extend someone's life is withdrawn – such as a life machine being turned off.

The only alternatives for terminally ill patients in the UK are hospice care or refusing treatment, which mentally capable patients have the right to do.