The first case of the killer coronavirus has been confirmed in London.

The victim, a woman, is believed to be a Chinese national who was diagnosed this afternoon.

She is currently being treated for the illness at Guy’s and St Thomas’ hospital in south London.

The woman is thought to have flown into the UK from China a few days ago.

The case could trigger panic in the capital, with authorities expected to try and hunt down anyone the infected person may have been in contact with. 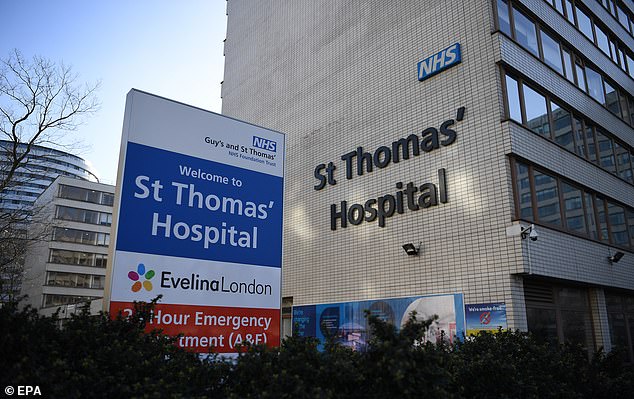 Health Secretary Matt Hancock said earlier this week that the coronavirus outbreak is a ‘serious and imminent’ threat to the British public.

It comes as all 83 people being held in quarantine at Arrowe Park Hospital in the Wirral were declared free of the virus.

They will be able to leave their accommodation on Thursday morning.

The detainees – who were being kept in a block of apartments – have all been tested and found not to have the virus.

Five coaches – carrying the 83 Britons who were on board the Wamos Air Boeing 747 on January 31 – were escorted into the Merseyside hospital by five police officers on motorbikes.

Earlier, two British prisoners including a ‘drug dealer’ who were sent home from Thailand were found not to have coronavirus.

Mark Rumble, 31, from Oxfordshire, was sent to HMP Bullingdon, close to Bicester, on January 27 and faces a series of charges of conspiracy to supply class A and B drugs. He is due in court later this month and is expected to deny the charges.

Thailand’s ministry claimed Mr Rumble had no symptoms of the never-before-seen virus when he was tested before flying back to the UK.

And it said he passed all of the standard health checks prisoners go through before they are extradited, claiming he wouldn’t have been allowed to travel had he failed.

Officials in Thailand, the first country outside of China to record a case on January 13, claim there have been no cases among the 300,000 prisoners in the country.