The first ever landing of the of RAF’s new £100million F35 stealth fighter jet on Britain’s biggest ever warship is to be shown on a BBC documentary tomorrow night.

And now 15,000 sailors, marines and aviators are about to leave on the ship for four months to test the most advanced, state-of-the-art F-35B Lightning Stealth Fighter. 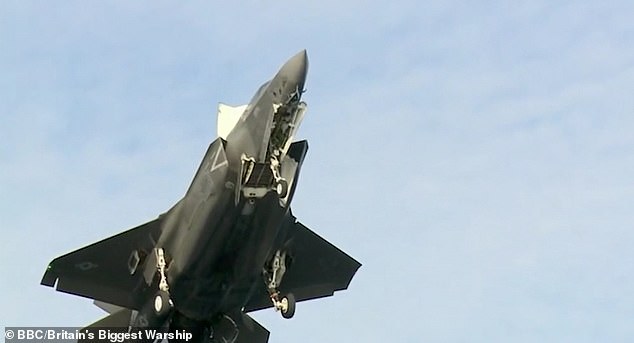 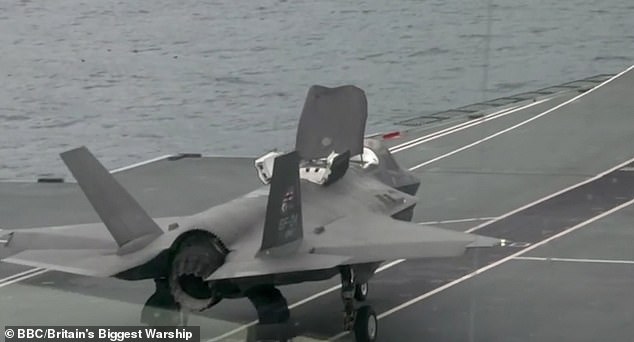 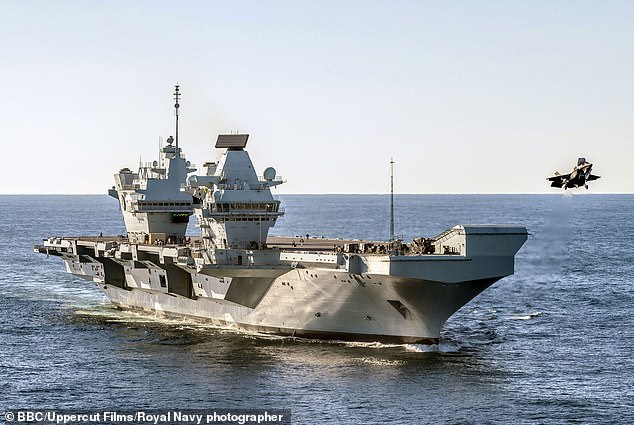 The first ever landing of the world’s most advanced fighter aircraft on Britain’s biggest ever warship is to be revealed in a documentary tomorrow night. Pictured: F35B Lightning Stealth Fighter Takes Off From HMS Queen Elizabeth’s Flight Deck

Peter ‘Wizzer’ Wilson, who has 30 years experience flying in the RAF and Navy, is shown in the documentary landing the first British-owned jet on the Queen Elizabeth.

His speed and descent has to be perfect.

The £100million fleet of jets are top secret and will undergo rigorous exercises off the east coast of north America, the Ministry of Defence said.

This development follows the success of US military Lightning jets and the F-35B model is to be the first to combine radar-evading stealth technology with supersonic speeds and short take off.

Mr Wilson told the BBC: ‘This is a moment in history. 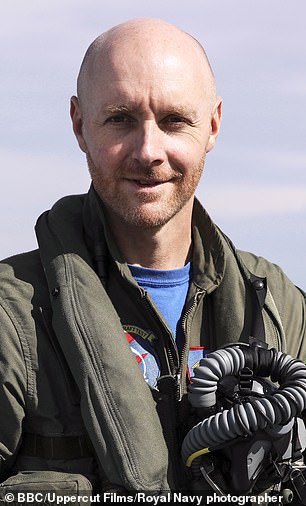 Nathan Gray, Royal Navy Test Pilot, said the team are ‘proving a concept so cutting edge’ while the world is watching

‘This is something phenomenal that is about to happen because the capability this will bring for the F-35 to be able to bring back weight to Queen Elizabeth means the military can operate the F-35 in a way that the other forces cannot.’

In an exclusive clip released ahead of the programme, pilot’s can be heard ordering the release of the F-35 jet which speeds along the Queen Elizabeth.

Nathan Gray, Royal Navy Test Pilot, said the team are ‘proving a concept so cutting edge’ while the world is watching.

They will be manned by the Royal Air Force and Royal Navy will take ownership from land and sea.

Within the first few hours of leaving Portsmouth’s harbour, a Russian warship is detected and the British ship needs immediate action, it is revealed in the highly-anticipated documentary tomorrow .

The crew then have to deal with flooding and dangerous fuel leaks before finally arriving at Mayport Naval Station in Florida, USA.

More than 1,000 British sailors make a pit stop and flood into local bars – just before they return to the ship. 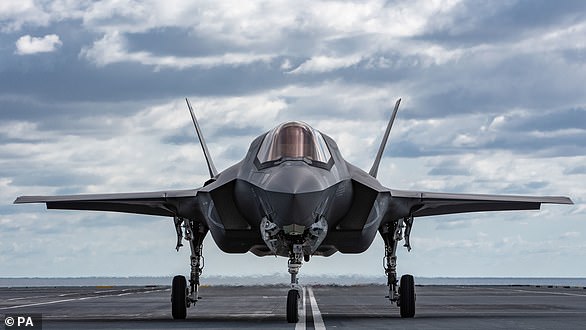 A fleet of nine arrived at RAF Marham in Norfolk on June 6, 2018, which became their permanent base before being transferred on to the HMS Queen Elizabeth.

It is expected that the eventual number of jets in the fleet will be 138.

The aircraft can reach a maximum altitude of 50,000 feet.

The fleet only need a short take-off run of 450ft to get into the air despite having a maximum take-off weight of around 60,000lb.

Typically, an aircraft will have two Air-to-Air Missiles and two bombs on board. They have a combat radius of 833km.

The jets also have the capability of being used for electronic warfare and intelligence gathering.

Lockheed Martin, who built the jet, describes its stealth capabilities as ‘unprecedented’. Its airframe design, advanced materials and other features make it ‘virtually undetectable to enemy radar’. They are coated with a radar-absorbing finish and fibre mats to help mask them from enemy radar.