The young girl who died has been named locally as talented showjumper Hannah Bragg, 15, of Tavistock, Devon. 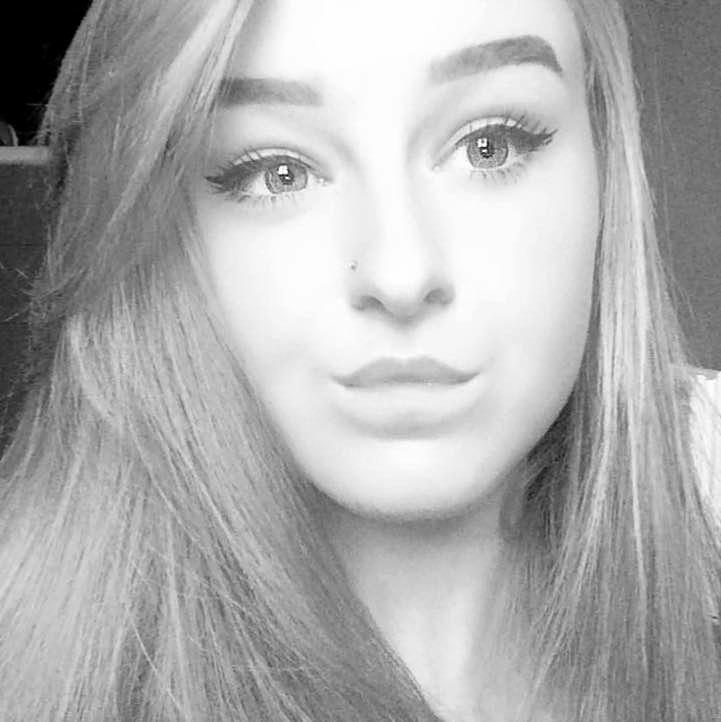 A 14-year-old boy who was discovered with Hannah remains in a critical condition.

On Monday, dozens of schoolchildren in uniform gathered for a vigil in the woods, just metres from when Hannah was taken ill.

They sang songs and tearfully hugged each in front of a shrine of flowers that has been created for Hannah.

There were also tributes and flowers left on the entrance to the coastal path.

One note read: "To the most beautiful angel in the sky, me and Harry are going to miss you so much.

''Harry will grow up knowing his auntie was a beautiful, kind hearted girl. Night night Hannah, Love Harry and Hannah."

Another read: "Dear Hannah, You have always been the epitome of beauty and kindness. Growing up with 3 brothers and you always held your own with elegance, grace and composure.

"You were the cutest girl and blossomed into a lovely woman. Everyone who came into contact with you adored you. Love Jessie. "

The headteacher of Tavistock College, where Hannah was a year ten pupil also paid tribute.

In a letter to parents Sarah Jones said: "It is with great sadness that I inform you of the death at the weekend of a well loved Year 10 student at the college. The young lady was a bright, caring and thoughtful girl, who was always seen with a smile on her face and had an eagerness for taking part in all aspects of school life.

"We are devastated at this loss and send sincere condolences to her family and close friends."

Paying tribute to the teen, Julia Bassett of the East Cornwall Hunt Pony Club – of which Hannah was a member – said Hannah's mother Karen Bragg had requested people to share their memories of her daughter online.

She said: "I am sure by now that most of you will have heard about the tragic and incredibly sad news relating to Hannah Bragg.

"Hannah had been a member of ECHPC for a number of years and was always polite and kind and did well in representing the club in a number of disciplines, most recently by being in team at Lyneham house."

She continued: "Hannah was a regular attendee and supporter of rallies with her lovely pony Micky. Hannah was awarded the club's most improved rider award in 2016 for all the hard work she put into producing her pony from the cheeky chap he was when they first joined to the fantastic all rounder he turned into, which was very well deserved.

"I am sure you will all join us in sending our condolences to Hannah's family at this heartbreaking time.

"The club will be sending some flowers, but we feel it appropriate to hold a collection and also to run a fundraiser so a donation can be made to the Cornwall air ambulance service, who attended to Hannah on that fateful day."

Jo Goulden Jones said: "I can't even begin to comprehend how cruel life can be. Lucie and I were both saddened and shocked last night. Such a beautiful life to tragically cut short."

Penny Redwood-Smith added: "Absolutely tragic news. Thinking of Karen & family at this sad time. Hopefully in time they can draw some comfort from the wonderful memories we all have of their beautiful daughter."

Chris Hale wrote: "So, so sad, we still can't believe that Hannah has been taken from us all. We took part in many a rally with Hannah. We watched Hannah progress with Micky, a lovely combination and so improved over the cheeky chap that he was.

"A stark reminder that we never know what is around the corner and that life can be snuffed in an instant."

Paramedics airlifted the girl to hospital in Plymouth after she was found unwell in the street near an unused viaduct on Saturday afternoon, June 23.

A 14-year-old boy, also from the Tavistock area, was also taken to Derriford Hospital in a critical condition, and is now recovering in hospital.

Police have launched an investigation and believe that both teenagers suffered adverse reactions having taken an as yet unknown substance.

Devon and Cornwall police said officers have seized an unknown substance from the scene and this will be subject to testing to establish its exact nature. No arrests have been made at this time.