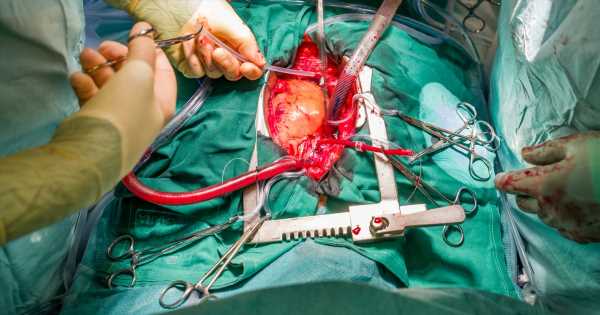 The man who died after undergoing a landmark transplant in which he received a genetically modified pig's heart may have been the victim of an animal virus, a report has claimed.

57-year-old David Bennett had been close to death when he received the altered pig's heart in January and the operation was initially hailed as a success.

But two months later, on March 8, Bennett died at the University of Maryland Medical Centre after a rapid deterioration in his condition.

The animal's heart had been genetically modified by scientists so the organ would be accepted by the human body and not trigger hyper-fast organ rejection.

Doctors said Bennett's heart was said to be "working" and looked "normal" a few days after the surgery was performed.

However the American's condition began deteriorating around two months later he was pronounced dead.

It is not yet known whether Bennett's heart had failed, and if so, why. A spokesperson for the university said there was "no obvious cause identified at the time of his death", adding a report would follow in due course.

In a statement issued in March, Kapil Saharia, Chief of Solid Organ Transplant Infectious Diseases Service at the University of Maryland Medical Centre said: "Infectious disease complications are always a concern in the field of organ transplantation, whether it is infections related to the recipient or the donor, which in this case remarkably happens to be a pig."

According to a recently published report in the MIT Technology Review, Bennett's heart may have been infected by a pig virus called porcine cytomegalovirus. The reports added that the infection is preventable, but can have catastrophic effects on transplants.

University of Maryland School of Medicine (UMSOM) transplant surgeon Bartley Griffith said: "We are beginning to learn why he passed on.

"The virus maybe was the actor, or could be the actor, that set this whole thing off."

The pig was reportedly raised by Revivicor, a biotech company that altered the pig's genome to reduce risk of infection.

Scientists said the pig had been raised in a disease-free lab environment and had been screened for known pig pathogens before it was brought to the lab.

Researchers maintained they had not detected any transmission of porcine virus between pigs and humans or to non-human primates in previous studies.