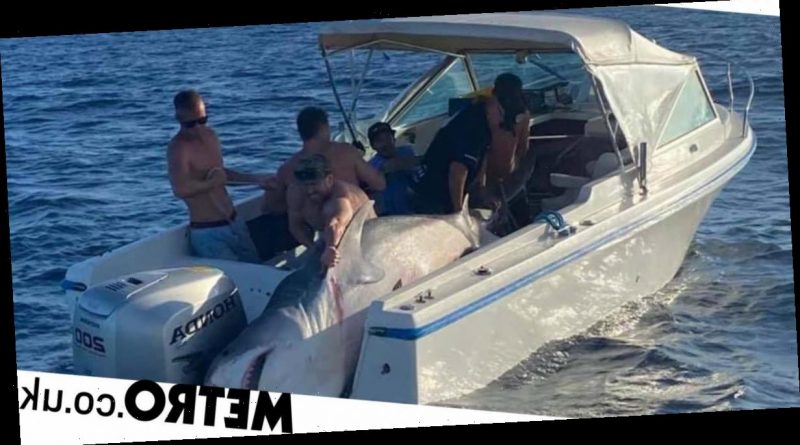 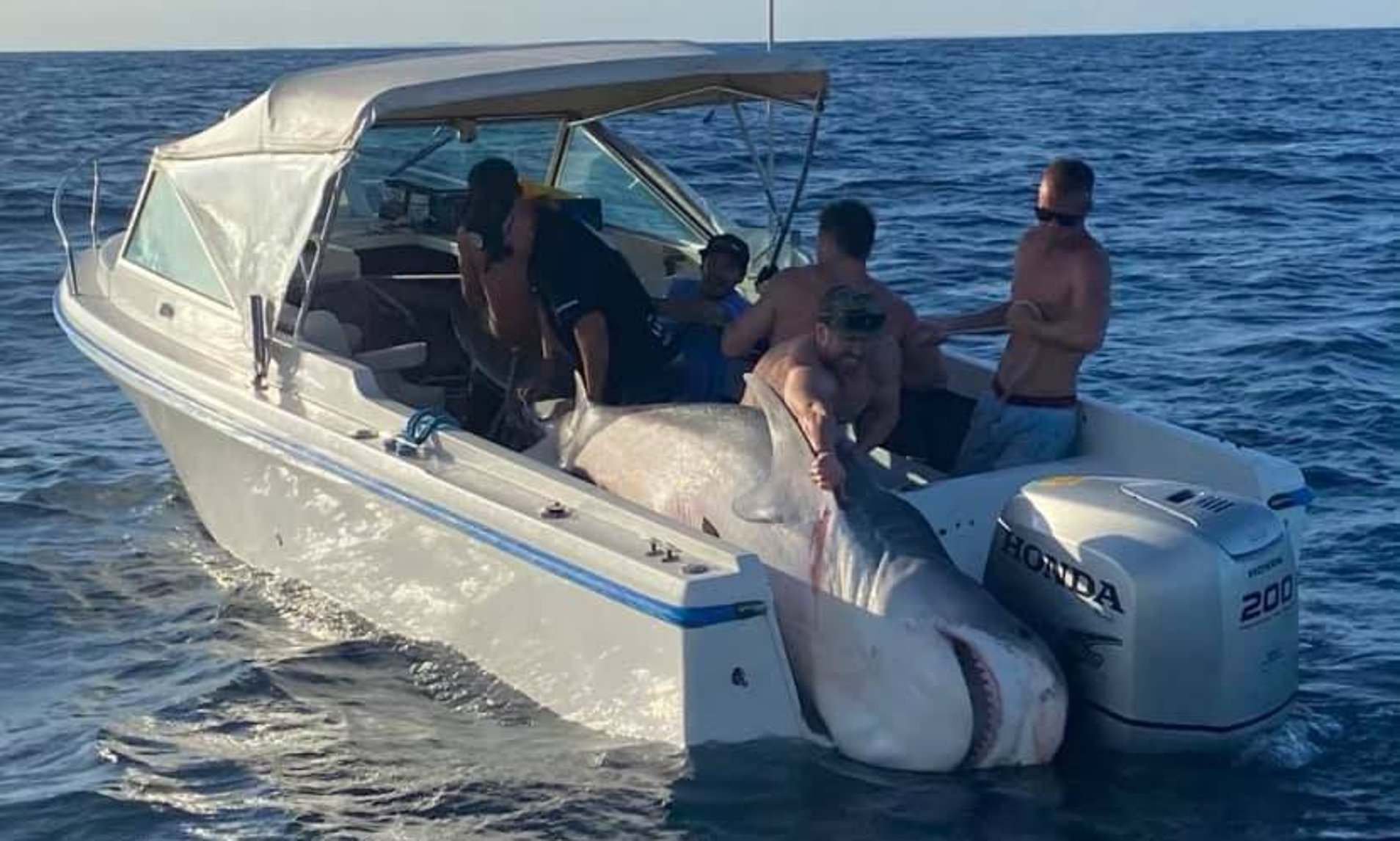 The crew of a fishing boat managed to catch a deadly shark weighing a whopping 900lb.

The tiger shark was caught off the coast of Sydney by by Captain Paul Barning and the crew of the Dark Horse.

It took the fishers just over 45 minutes to haul the shark on board, MailOnline reports.

They then took it to shore for a weigh-in at Port Hacking in Sydney’s Sutherland Shire.

It comes as game fishers in the area are having one of their best seasons in 30 years – but criticism about the sport is growing.

‘The anglers are within their rights to take the fish, but it is looked upon as being a bad sport,’ Luke Palmer, owner of a bait and tackle shop, told the ABC last year.

At the moment a recreational fisher in New South Wales is only allowed to have one tiger shark in their daily catch.

Tiger sharks are not endangered, but the International Union for Conservation of Nature has listed them as ‘near-threatened’.

They are common in waters throughout Australia and can grow up to 18ft long and weigh up to 2,000lb.

They are second only to great whites in attacking people. Charles Cernobori, 59, was killed by a tiger shark last November while bodyboarding at Cable Beach in Western Australia.

The tropical to sub-tropical species of shark is known to move down the east coast during the warmer months, following food with the current.