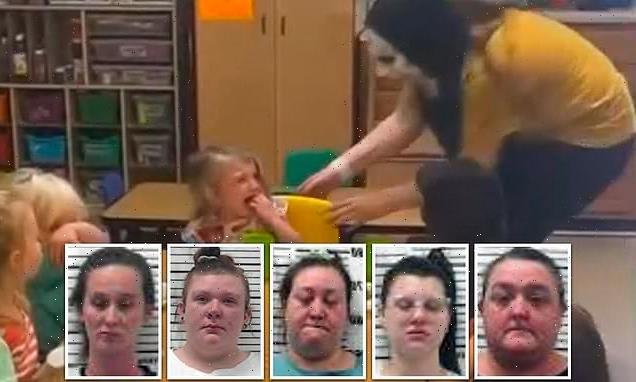 Five daycare workers in Mississippi are charged with child abuse after a shocking video emerged of one of the workers wearing a frightening Halloween mask to terrify ‘bad’ children.

The horrific video that went viral earlier this month showed several workers scaring multiple toddlers into behaving. One worker in the video can be heard telling the masked monster to avoid certain toddlers who have ‘been good,’ saying ‘don’t get her.’

‘The County Prosecuting Attorney, and the District Attorney met with the parents of the children involved in the incident at Lil’ Blessings Child Care and Learning Center and informed them of the possible criminal charges the law would allow them to pursue,’ Monroe County Sheriff Kevin Cook said in a statement.

‘Parents were also given an opportunity to share information they had gathered with MCSO Investigators. ‘

Newman, Shelton, Kilburn and McCandless face three counts of child abuse for participating mayhem and Hutson faces two charges for not reporting the abuse, according to ABC News.

It is unclear how many parents came forward but at least one signed a child abuse affidavit. 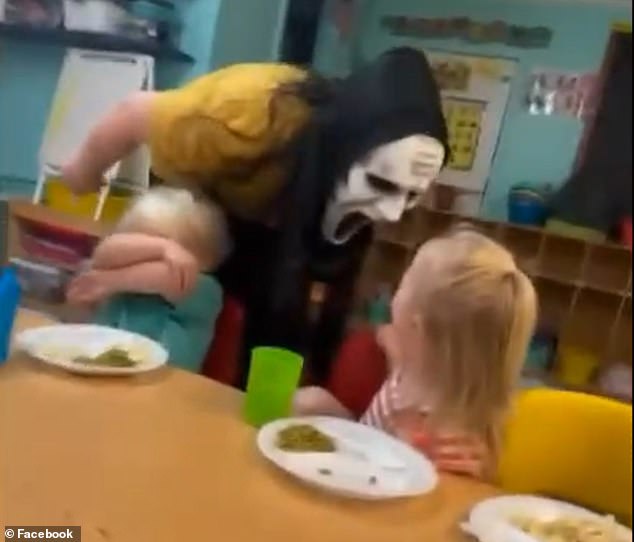 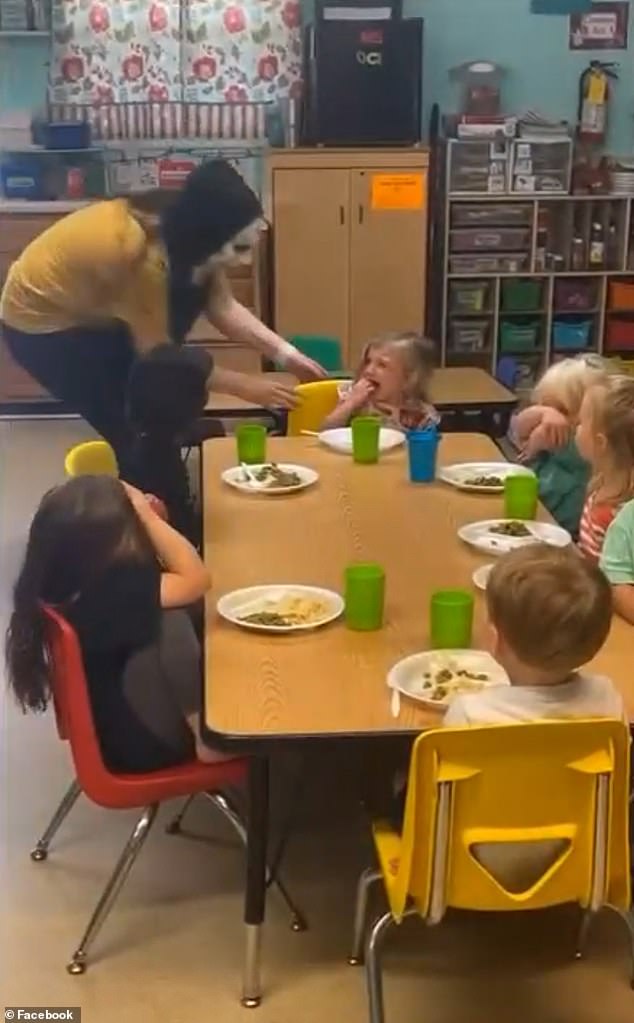 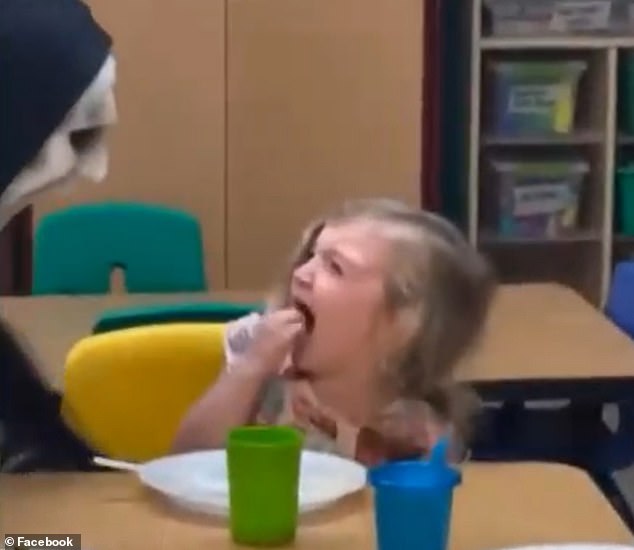 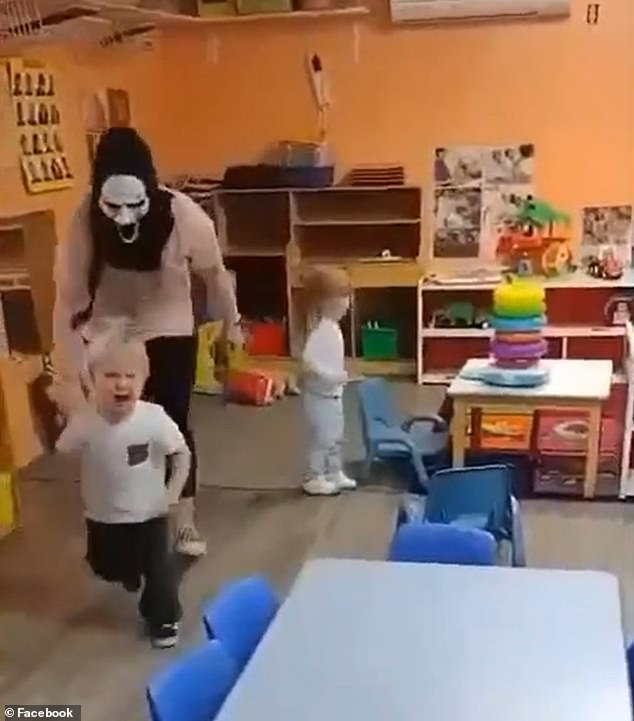 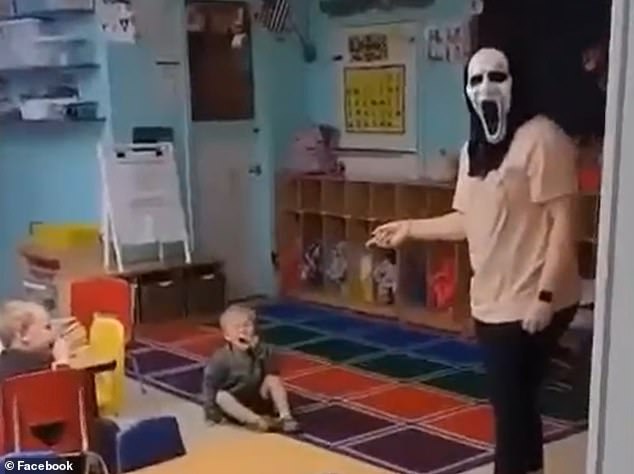 Sierra McCandless, also known as CeeCee by the children, was the one behind the Scream-like Halloween mask.

In one of the horrific videos, McCandless was seen grabbing children who were running away in terror as she got inches away from their faces.

McCandless released an apology video earlier this month after the video went viral and said the incident ‘wasn’t meant to harm anybody’ or be ‘ill-intentioned.’

‘The teachers asked me if I would do it or if they could use [the mask] to get their class to listen or clean up . . . I’m not a child abuser,’ McCandless previously said. 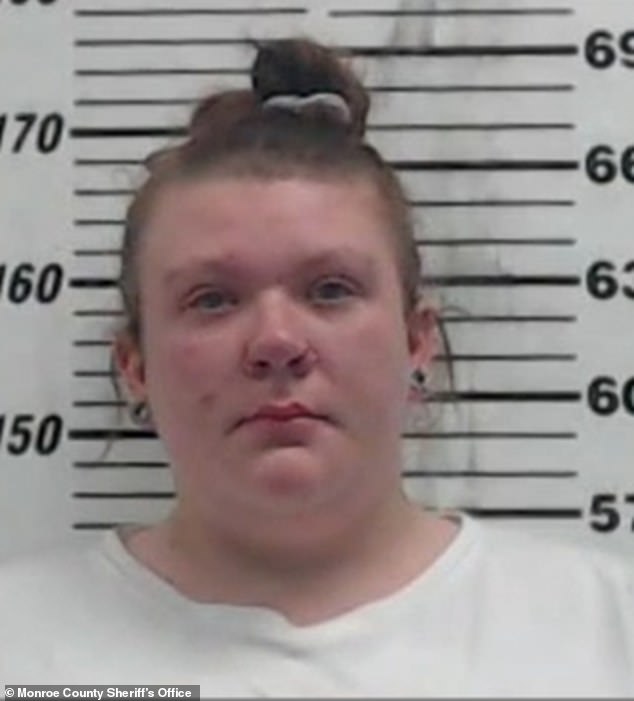 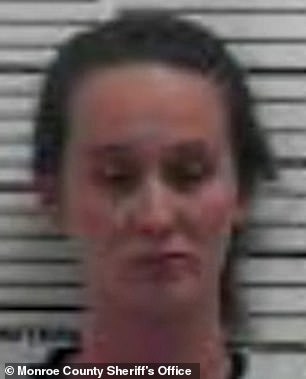 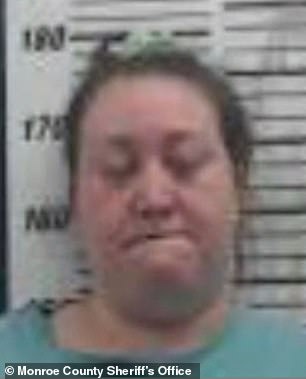 Shynne Shelton (left) was among the woman charged, as well as Oci-Anna Kilburn (right) 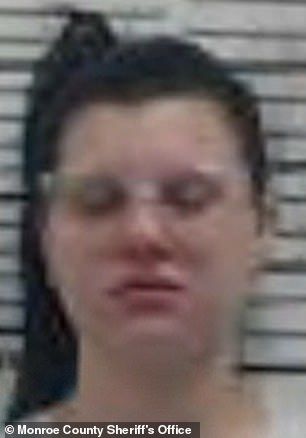 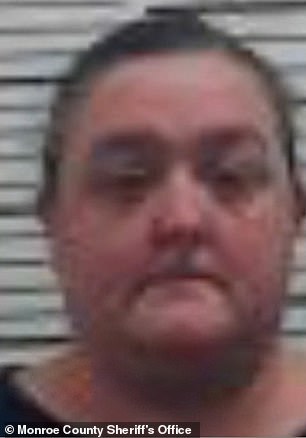 Sierra McCandless (left), also known as CeeCee by the children, was the one behind the Scream-like Halloween mask. She posted a groveling apology to Facebook. Traci Hutson (right) is charged with failing to report the child abuse

The malicious stunt began after CeeCee purchased the mask from Dollar General in attempt to scare her coworker.

‘Long story short, I bought the masks to scare her eventually and they were used inappropriately,’ CeeCee said in a 19-minute apology video.

‘But what you all didn’t see was after I had left the room, I took it off and I went back into the classroom … and I said ‘CeeCee got the monster. It’s not coming back.’ And they would hug me. I known those kids their whole life.’

She worked at the facility for four years after first starting when she was 16.

Throughout CeeCee’s video, she explained the toddlers reacted emotionally because ‘they are children.’

‘I do want to say an example, I know it seem the way that it does, but it doesn’t have to be that way,’ CeeCee explained. 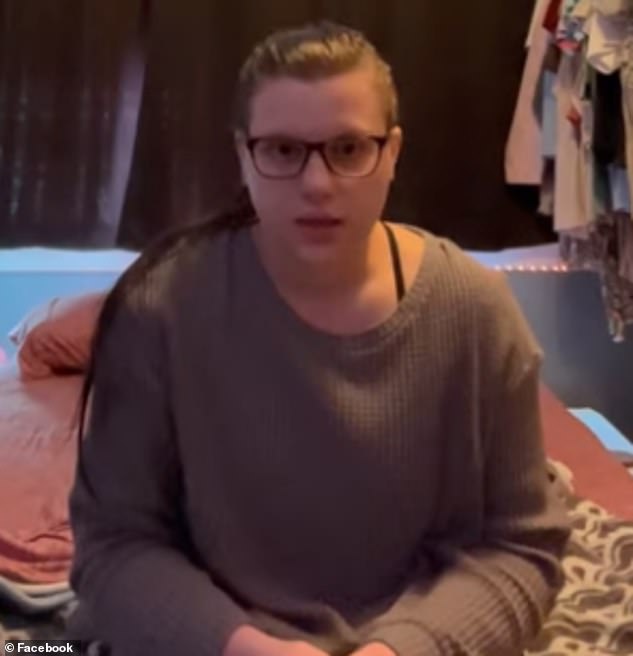 The Lil’ Blessing Childcare worker in Hamilton, who referred to herself as CeeCee, spoke out in an emotional 19-minute Facebook video to apologize for her actions 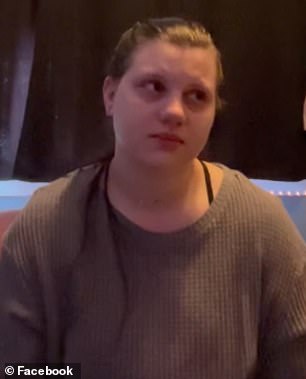 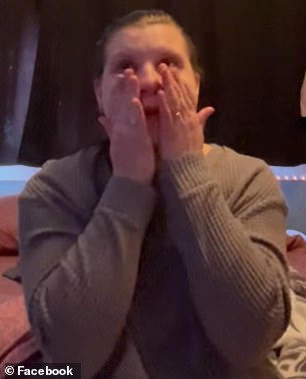 CeeCee didn’t hold back her tears as she explained the toddlers reacted the way they did because they are children. She later said the children were ‘her life’

She later added: ‘They knew it was me, and they had the reaction they did cause they’re children and that’s it.’

CeeCee didn’t post the video on her personal social media account but through a third-party user named Richard McCandless. 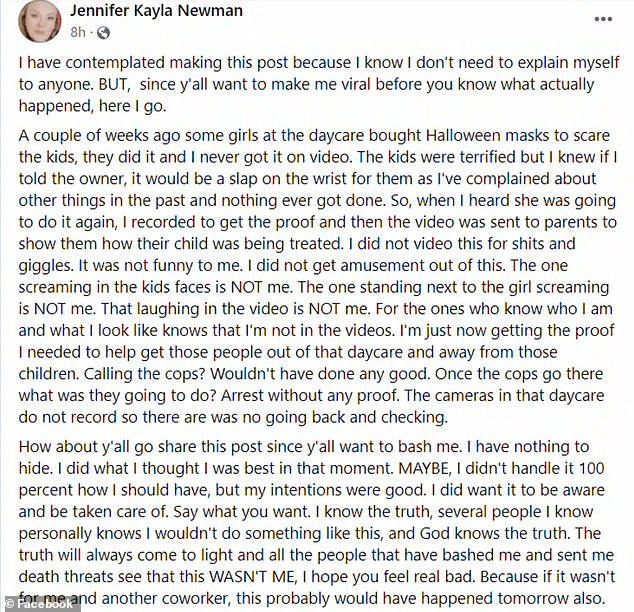 A statement, posted to mixed reactions, from employee Jennifer Kayla Newman who also faces child abuse charges. She claimed to have filmed the video because she was trying to expose her colleagues

One of the other women charged, Jennifer Kayla Newman, and claims to have filmed the videos, shared a long response on Facebook Thursday, saying she recorded the incidents not because she thought it was funny, but because she was trying to show parents her coworkers’ actions.

‘A couple of weeks ago some girls at the daycare bought Halloween masks to scare the kids, they did it and I never got it on video,’ she said.

The daycare worker went on to claim that her idea to record came from previous ‘slaps on the wrist’ that were given to her coworkers over issues she brought up to the owners without proof.

‘When I heard she was going to do it again, I recorded to get the proof and then the video was sent to parents to show them how their child was being treated,’ the woman wrote.