Home » World News » Fla. Man Arrested After Allegedly Spitting on Disney World Guard Who Asked Him to Put on Mask 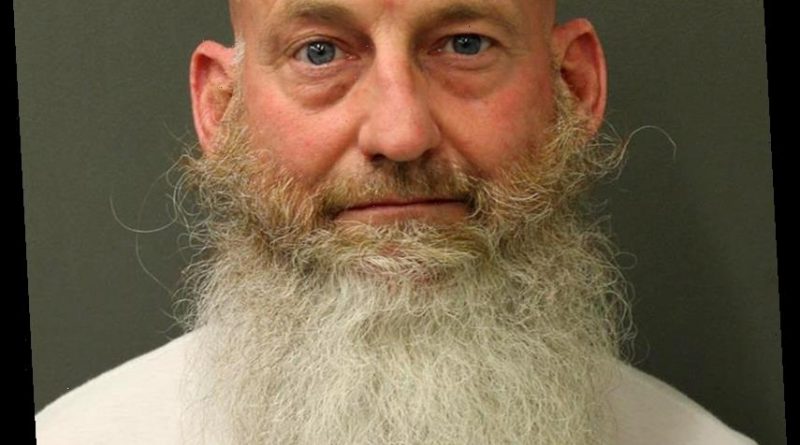 A Florida man was arrested on a charge of battery on a uniformed security officer after allegedly spitting on a Walt Disney World guard who asked him to put on a mask to comply with the resort's COVID-19 safety protocol.

The incident around 10 p.m. Feb. 5 outdoors at Disney's Contemporary Resort near Orlando unfolded as the man, who said he was a resort guest, told the guard "to leave him alone," according to an arrest affidavit.

The uniformed guard then said that after the man was asked to put on his mask again, he allegedly "turned towards her, leaned towards her, and deliberately spit on her, getting several drops of saliva on the left side of her forehead," states the affidavit obtained by PEOPLE.

After that, the alleged assailant — who was anonymous to the guard but wore a distinctive long gray beard and mustache — walked inside the resort and disappeared into an elevator, leaving the guard who was without her radio to leave the scene and request backup. The man was not found that day. The next day, an Orange County Sheriff's deputy who answered a call to issue a trespass warning to a white male on the resort property recognized the man matched the description of the previous night's alleged offender.

The man, identified as 51-year-old Kelly Dewayne McKin, of North Palm Beach, later was positively identified by the guard as the same one who'd allegedly spat on her. Security camera footage also confirmed him as the same person.

McKin was arrested and jailed on a $2,500 bond but has since been released, according to online jail records. A message left by PEOPLE at the phone number listed for him on the arrest report was not immediately returned.

The guard, whose name was redacted in the affidavit obtained by PEOPLE, cleaned the saliva from herself and then got in touch with Disney's COVID-19 exposure hotline. She "wants to press charges and will testify in court," according to the arrest affidavit.

McKin allegedly told the deputy who investigated the incident that "he did get into a verbal discussion with [the guard] regarding him not wearing his mask," but he said he agreed to wear his mask once inside and that "that was the end of the interaction."

According to the arrest affidavit, McKin "was adamant that he did not spit on her."

"Guests have overwhelmingly been supportive of our protocols," the representative said. "Millions of guests visit our theme parks each year and in rare instances when things of this nature occur, we hold them accountable."

Although Florida, unlike other states, never enacted a statewide mask mandate, all guests at Walt Disney World are required to comply with safety measures that include wearing an approved face mask at the resort's four theme parks — Magic Kingdom, Epcot, Disney's Hollywood Studios and Disney's Animal Kingdom — as well as its hotels and Disney Springs.