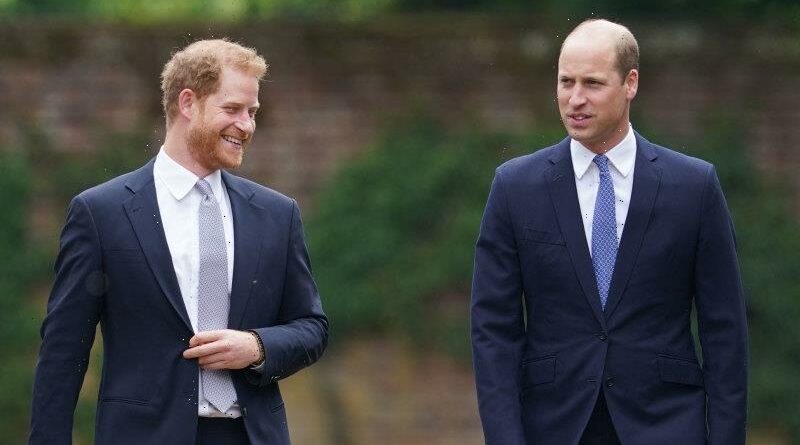 London: If tensions still remained, they kept them well hidden. Reunited in memory of their beloved mother, Prince William, the Duke of Cambridge, and Prince Harry, the Duke of Sussex, appeared reassuringly at ease in each other’s company as they unveiled the long-awaited statue of Diana, Princess of Wales.

Although they may remain “on different paths”, there was little sign of any acrimony between the royal brothers as they shared a joke while walking to the’s engagement in the newly replanted Sunken Garden at Kensington Palace. 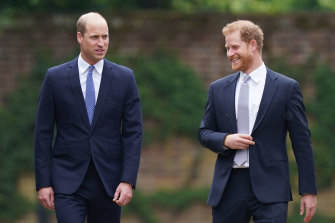 William and Harry were all smiles on the way to the statue unveiling ceremony.Credit:Getty Images

As ever, Harry appeared the more relaxed of the pair, his jacket undone while William’s was buttoned up – a sign, perhaps, of the differences in their personalities that have contributed to recent difficulties.

Yet far from simply putting a brave face on things, there were flashes of the good old days as they not only stood shoulder to shoulder but even managed to indulge in a bit of light banter. As with their grandfather’s funeral when they were last together, the occasion may have been consecrative but the mood was light.

Knowing the world would be watching, it was always expected that they would be on their best behaviour.

But the warmth between them appeared genuine rather than forced, reflecting the galvanising nature of this most poignant and personal of projects.

While there is no doubt William and Harry have had – and continue to have – their differences, this was one issue upon which they have been in full agreement. 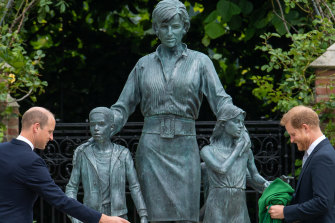 Not only collaborating closely on the design by the sculptor, Ian Rank-Broadley, but also the location of the statue and its floral setting, Diana’s sons have always been on the same page when it comes to keeping her extraordinary legacy alive.

Never has this been more apparent than in the joint statement they released on what would have been their mother’s 60th birthday in which they remembered “her love, strength and character – qualities that made her a force for good around the world, changing countless lives for the better”.

“Every day, we wish she were still with us,” they added. “And our hope is that this statue will be seen forever as a symbol of her life and her legacy.”

It was also significant that they had both agreed for their mother to be immortalised, not in her 1980s heyday, but as she was in the “final period of her life as she gained confidence in her role as an ambassador for humanitarian causes” They said the work aimed “to convey her character and compassion”. Here were two brothers, reunited in their desire to see their mother remembered at her very best – surrounded by children to represent “the universality and generational impact” of her work.

As they proudly shared the bronze with the world, it did not really matter what anyone made of it.

At that moment, the most important thing was that the sons she brought up as equals were happy it not only captured the unique spirit that made her a 20th century icon – but also conveyed the maternal instincts that have had such a lasting influence on their own lives.