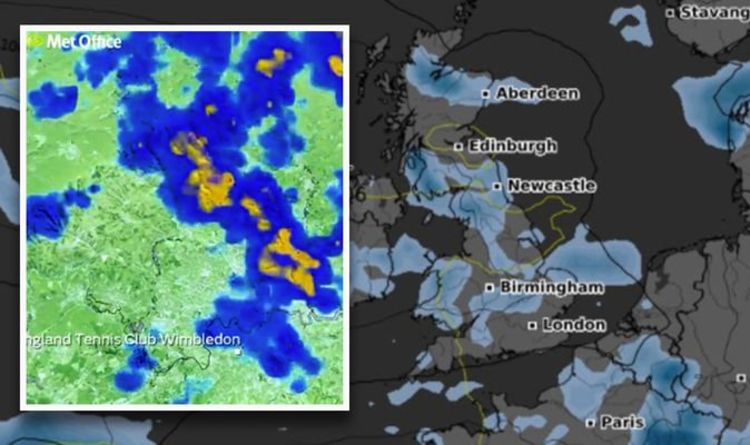 The UK is expecting to see showers hit this week in the south, while traditionally colder northern regions see temperatures rising into the 20Cs, with some areas even reaching highs of 25C, according to the Met Office. This spells bad news for all avid tennis fans in London, with further stoppages predicted at Wimbledon after a number of matches had to be cancelled on opening day. Rain is forecast to hit on the second day of the tournament in the afternoon, with three flood warnings in place across southern England going into Tuesday, and tens more alerts where flooding could occur.

The flood alerts currently in place cover three areas in the south:

Showers will continue through the middle of the week, with Met Office forecaster Alex Deakin saying: “Tuesday’s weather will be pretty similar to Monday’s in that it’s another north-south split with much of the northern part of the country dry and fine, with some summer sunshine. 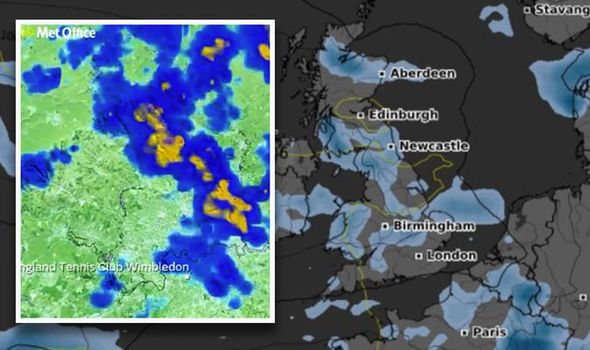 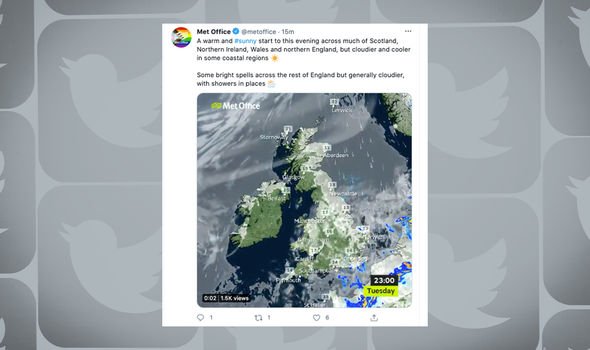 “Further south, cloudier, and there will be a few lively showers around as well.”

Looking at Tuesday, and into Wednesday, Mr Deakin said: “Some showery rain for Wales and possibly along the south coast as well, but that should all fizzle out and bar the odd shower here and there, many places will be dry by the afternoon.

“But again, the risk of one or two heavy showers [remains] across the far south late in the day.”

Unusually, the picture is looking much better up north and in Scotland, with temperatures averaging in the 20Cs. 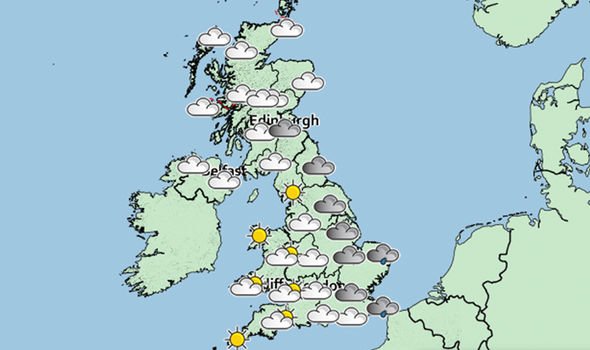 Mr Deakin continued: “North Wales, northern England should cheer up quite nicely after a bit of a dull start with some sunshine and again, much of Scotland and Northern Ireland seeing sunny spells.

“Inland with a bit of sunshine, high teens, low 20s and south west Scotland could easily get up to 23C, 24C or maybe even 25C.”

The outlook remains less optimistic for southerners, with no sign of the sunny skies making a comeback just yet.

The Met Office outlook reads: “Showery rain in the southeast fading, but perhaps staying cloudy and rather cool. 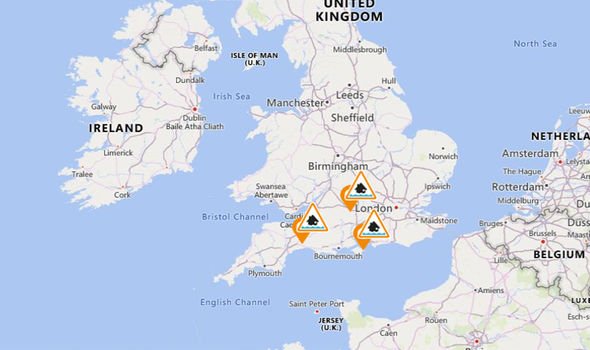 “Elsewhere some warm sunshine as cloud turns back towards coasts, but isolated heavy showers in southwestern UK.”

Looking towards the end of the week, it’s appearing to be more cloud and rain.

The outlook says: “Some fine, warm weather for many at first, although low cloud affecting some areas, especially overnight and mornings.

“Showery rain spreading to many southern and central areas by Sunday.”

The weather doesn’t look to be getting better any time soon, with the summer months likely to be clouded with rain and thunder.

“Sunshine and showers ahead of this band of cloud and rain, with the risk of sharp and thundery showers in southern and western areas later.

“Beyond the weekend, although confidence becomes lower, there is most likely to be a split between the southwest and Northeast, with southern and western parts seeing some showers, and perhaps longer spells of rain, while the best of any dry weather remains across the north and east.”