Soldiers have been deployed to help in areas worst hit by floods, such as Doncaster and South Yorkshire. Temperatures also plummeted across the UK last night, with parts of Devon even witnessing a blanket of snow.

And the flooding could well be continuing, as the Met Office have also issued a number of weather warnings for rain across the UK today.

A yellow rain warning is currently in place across parts of the north east of England, affecting cities such as Sheffield and Nottingham.

The warning is in place on Wednesday between 9am and 10pm tonight. 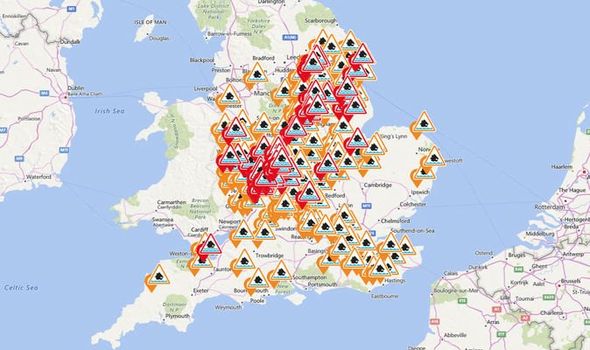 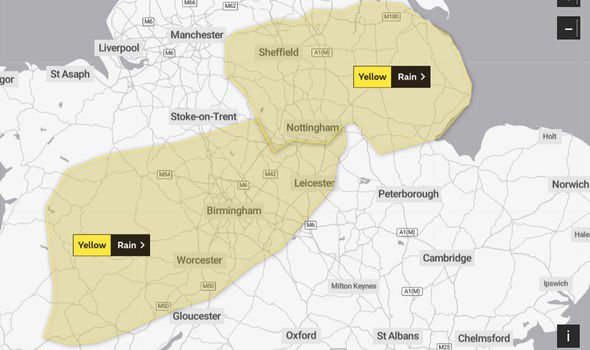 Travel in the region could also be disrupted, with spray and flooding on roads leading to road closures and difficult driving conditions.

Another yellow rain warning has been issued by the Met Office for much of Wales and the Midlands.

The warning extends from near Merthyr Tydfil towards Nottingham and Derby. 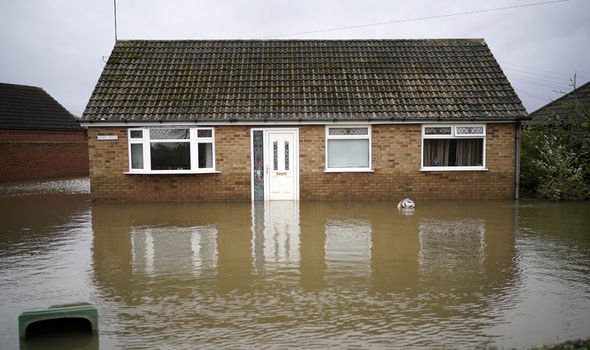 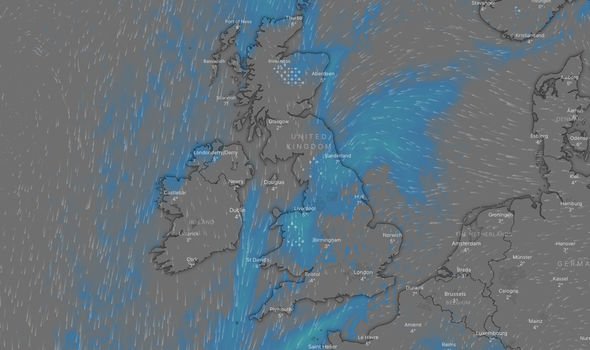 The cities of Hereford, Birmingham, Coventry and Leicester are all encompassed by the warning.

The yellow warning is in place on Wednesday from midnight this morning until 11.45pm.

The Met Office warned: “Persistent rain may bring some disruption from flooding.”

The Government’s Flood Warning Information Service has issued over 200 flood alerts and warnings as of 4pm this afternoon.

Flood warnings, which means flooding is expected and immediate action is required, have been issued for the following areas as of 4.18pm on Thursday: 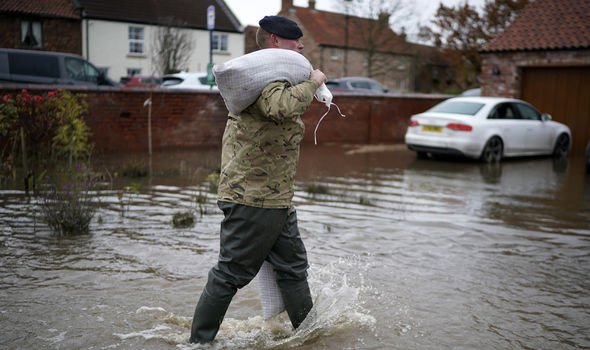 Flood alerts, which means to prepare for possible flooding, have been issued for the following areas: