Get out of the water! Terrifying moment dad spots a SHARK swimming towards his family while taking beach photos with his drone in Florida

A dad using his drone to take beach photos of his family spotted an ominous shadow in the water just yards away from where his kids were splashing around.

Dan Watson was at Florida’s New Smyrna Beach with his wife and three young children on a June weekend when he saw the shark on his drone’s display.

‘Kids were playing in the beach and I just decided, “Hey, now’s a good time to get a picture of them overhead”‘, he told FOX35 Orlando. 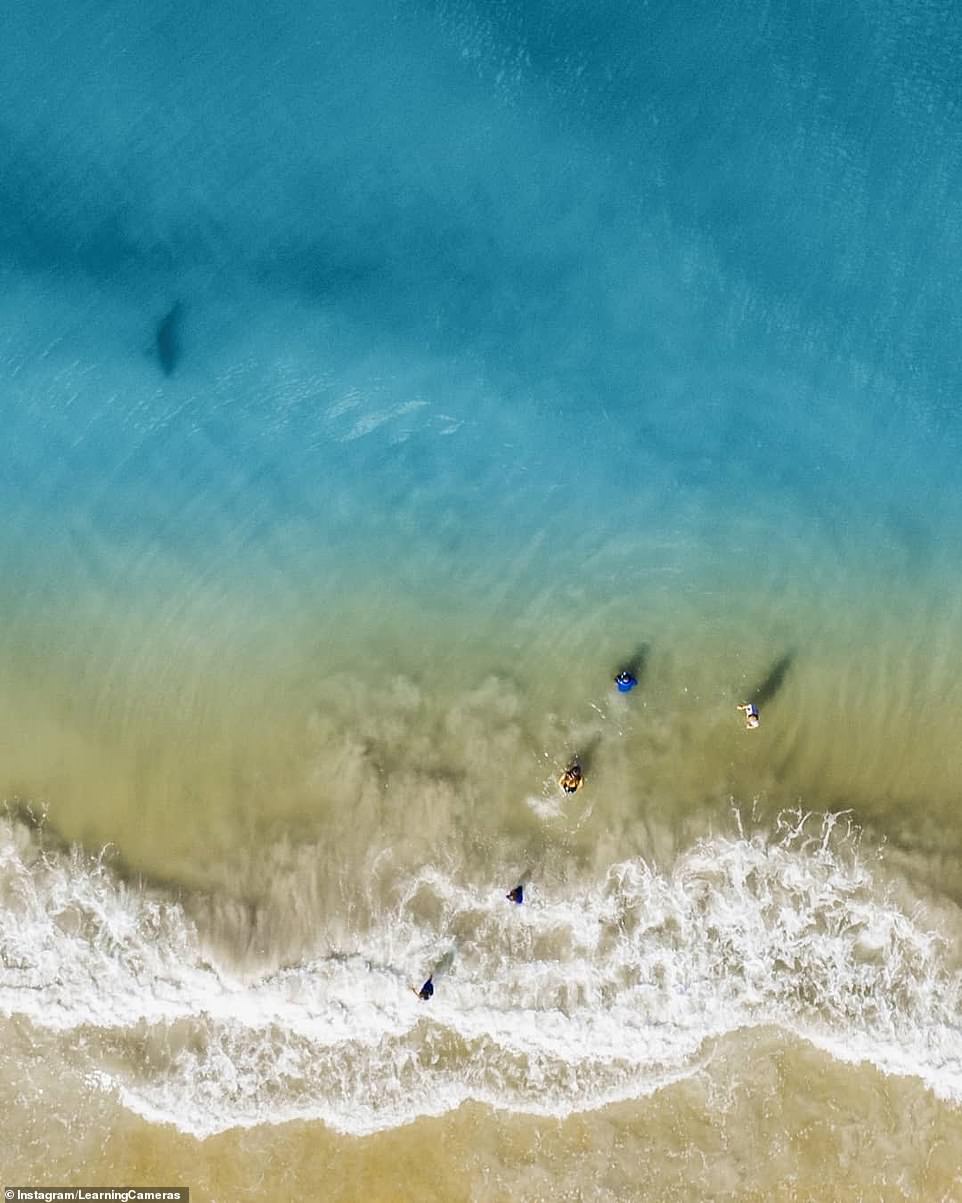 Dan Watson captured this incredible photo with his drone on a June weekend at Florida’s New Smyrna Beach. The dark shadow of a shark can be seen approaching his family near the shore 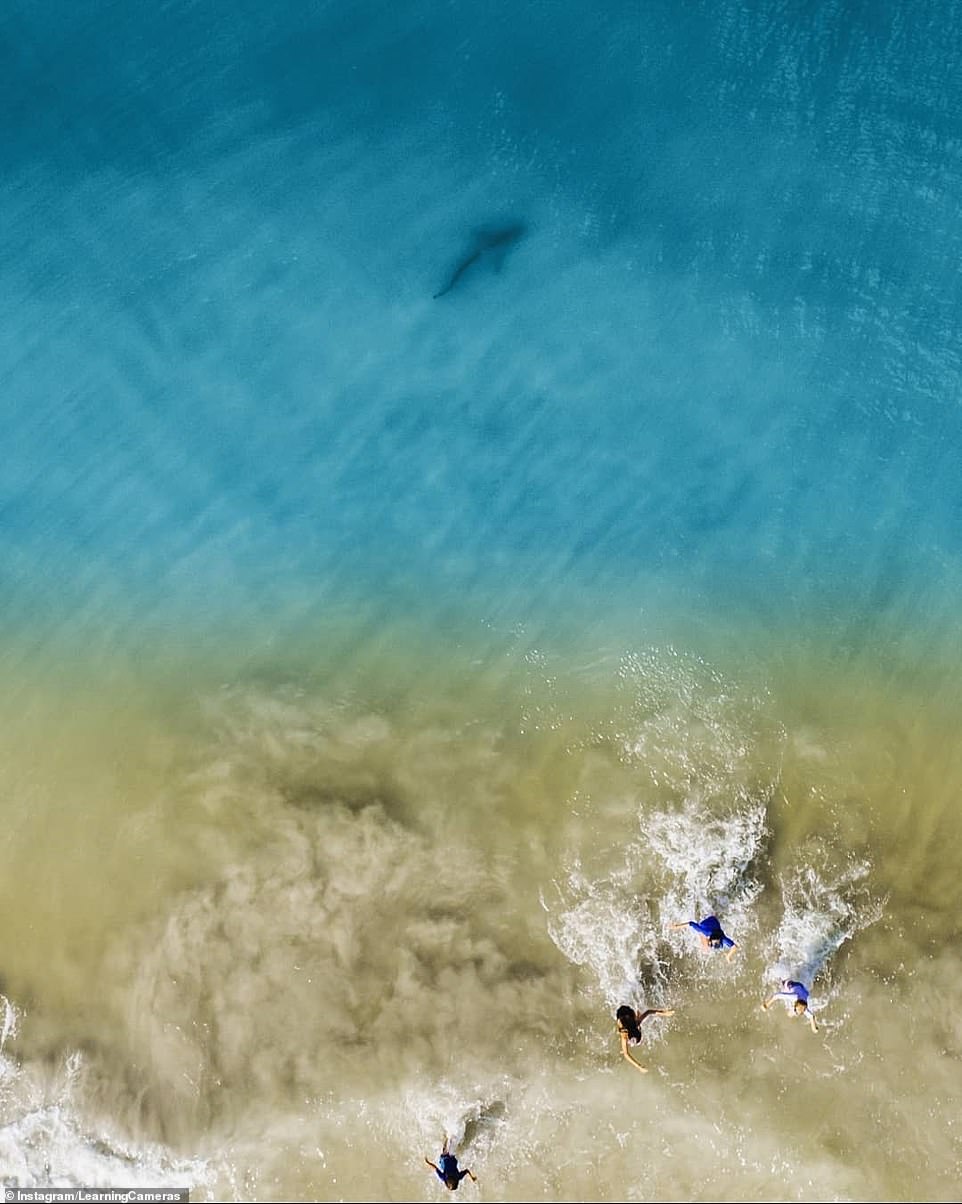 This image ‘resulted from my yelling to get out of the water and the unmistakable outline of a shark,’ Watson wrote on Instagram

‘As soon as I got it into the air, I started seeing a shadow moving through the water right towards them.’

Watson shouted at his family to get out of the water.

The professional photographer posted the two incredible photos he captured on his Instagram page, the first showing the shark’s sinister shadow approaching the family near the shore.

The second image ‘resulted from my yelling to get out of the water and the unmistakable outline of a shark’, Watson wrote in the caption.

It shows his wife and kids running it out of the ocean, while the creature has turned to swim towards the deep.

‘Definitely too close of an encounter for my liking!’ Watson wrote. 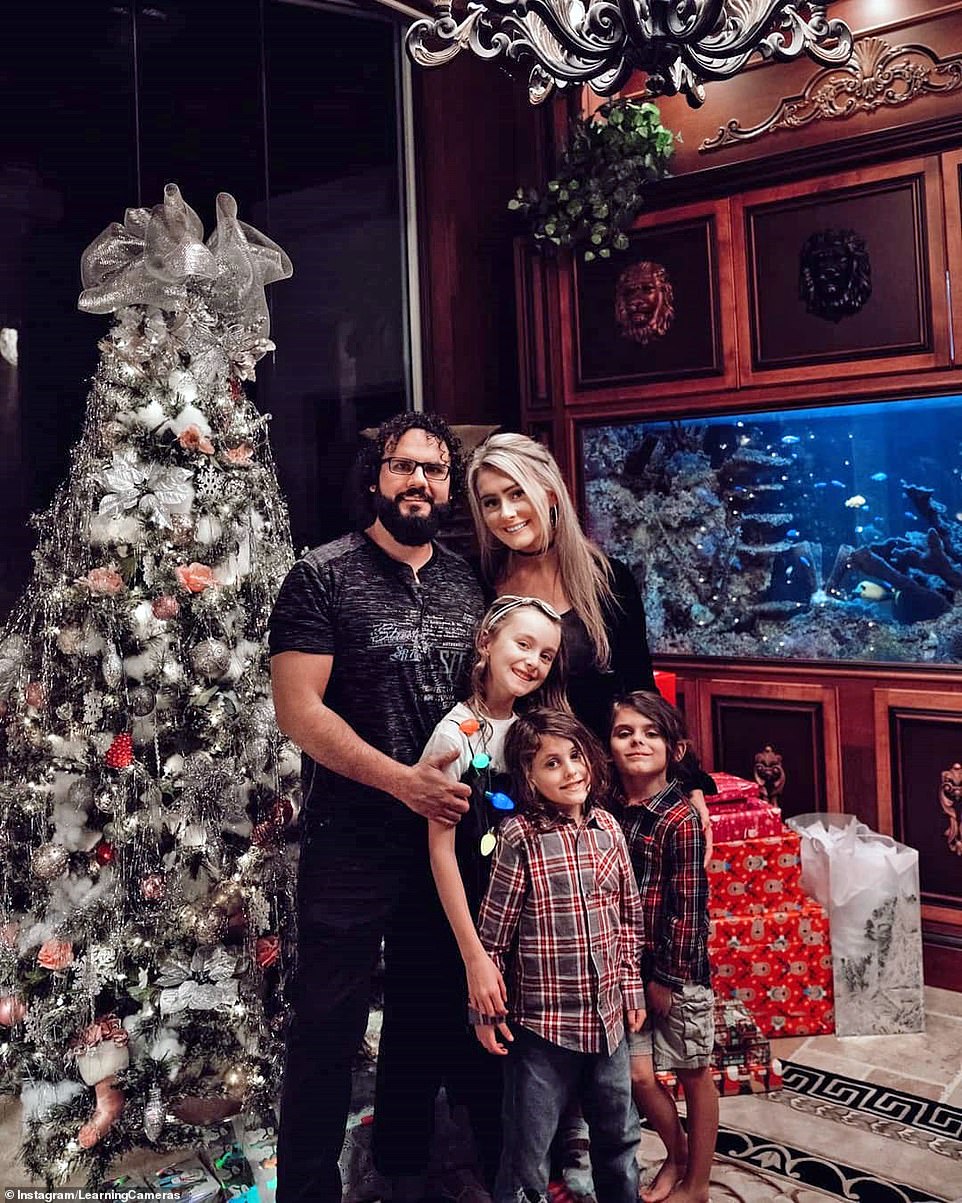 Watson (left) is a professional photographer and has a wife and three young kids. This is an Instagram photo of the family from Christmas 2018 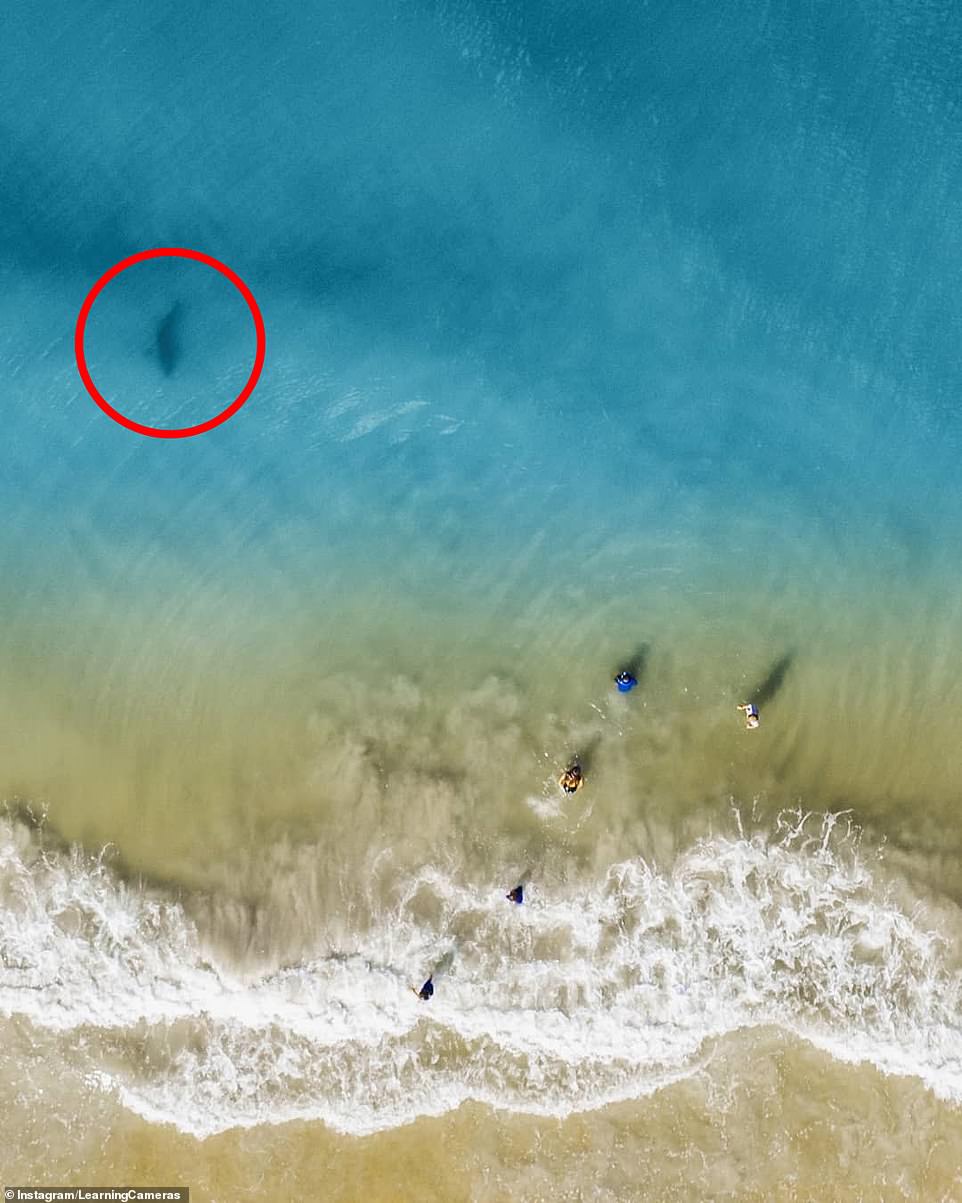 Watson showed the pictures to his wife Sarah as soon as she was out of the water. She said knowing the shark, circled, was so close to her kids was ‘terrifying’

‘Thinking my [drone] is now coming with me to every beach day!!!,’ Watson, who is also a videographer with a Youtube channel, posted.

He showed his wife, Sally, the photo of the shark as soon as she got out of the water.

One of their little sons told FOX35 Orlando: ‘The shark was scary!’

Florida recorded 16 unprovoked shark attacks in 2018, the most of any U.S. state, according to the Florida Museum of Natural History’s International Shark Attack File.

Since 1882, Florida has had 827 unprovoked shark attacks.

New Smyrna Beach is in Volusia County on the central east coast of the state, which has recorded the most shark attacks by far with 303.

Just on Sunday, an 18-year-old surfing off New Smyrna Beach was bitten in the foot by a shark, according to CBS Miami.

In April, a 19-year-old was bitten by a shark in the same area.