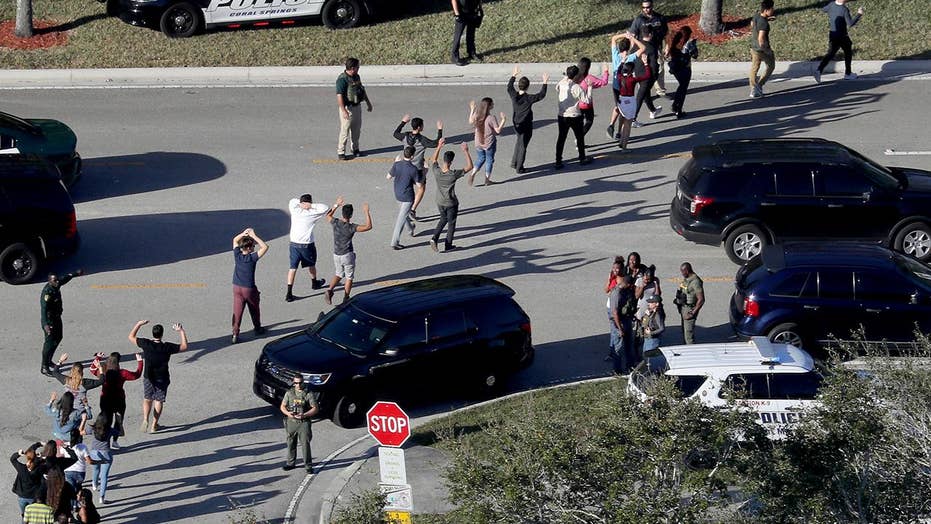 Scot Peterson, the former Florida deputy, has been arrested on 11 charges.

Former Marjory Stoneman Douglas High resource officer Scot Peterson, 56, was arrested Tuesday on charges relating to failure to enter the school during the mass shooting there.

He was charged in Broward County with seven counts of neglect of a child, three counts of culpable negligence and one of perjury after a 15-month investigation, according to a news release from Florida authorities.

The charges carry a combined potential prison sentence of nearly 100 years for the officer blasted by many critics as the "Coward of Broward."

Once released, Peterson will be required to wear a GPS monitor and surrender his passport, and will be prohibited from possessing a firearm, the prosecutor said. 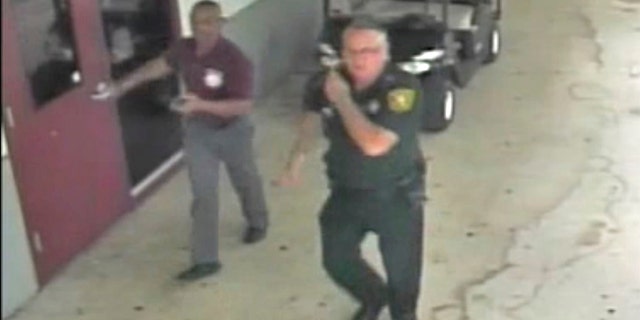 The Florida Department of Law Enforcement (FDLE) "investigation shows former deputy Peterson did absolutely nothing to mitigate the MSD shooting that killed 17 children, teachers and staff and injured 17 others,” said FDLE Commissioner Rick Swearingen. “There can be no excuse for his complete inaction and no question that his inaction cost lives.”

Tony said Peterson has been formally fired, although he announced his retirement shortly after the shooting.

Republican Sen. Rick Scott said in a statement: “Had this individual done his job, lives would have been saved. Actions (or inaction) have consequences. We need more accountability, and that includes at the FBI, which has yet to show me a single example of how they’ve improved their processes following the failures in the leadup to the Parkland shooting.”

Ryan Petty, the father of slain student Alaina Petty, said in a statement, “Today marks another step in the search for accountability. … Peterson failed in his duty to protect lives that day, standing behind a cement pillar for 48 minutes while students and teachers were slaughtered.”

Peterson lawyer Joseph DiRuzzo III didn’t immediately respond to a request for comment. In the past, he has defended Peterson’s conduct as justified under the circumstances.

Alleged gunman Nikolas Cruz, 20, faces the death penalty if convicted of the first-degree murder charges filed in the attack. His lawyers have said Cruz will plead guilty in return for a life sentence, but prosecutors have refused that offer.