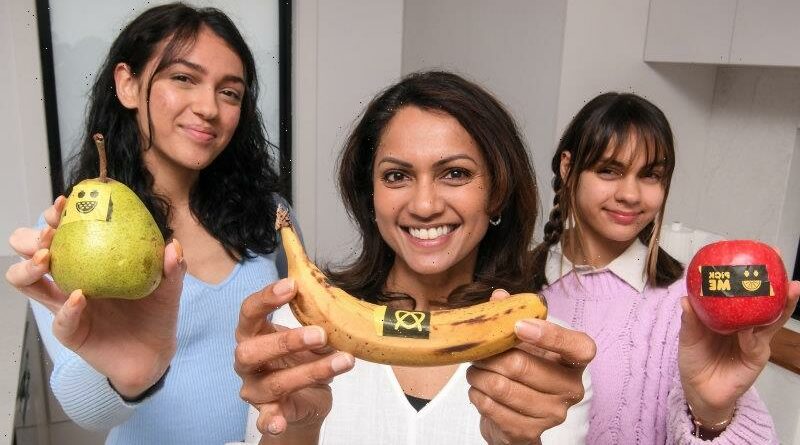 Violet Francis’ kitchen and fridge are plastered with coloured tape, but this is no crime scene.

Rather, the tape is a reminder of foods which must be eaten before they spoil, and has helped overhaul her household’s shopping and eating habits. 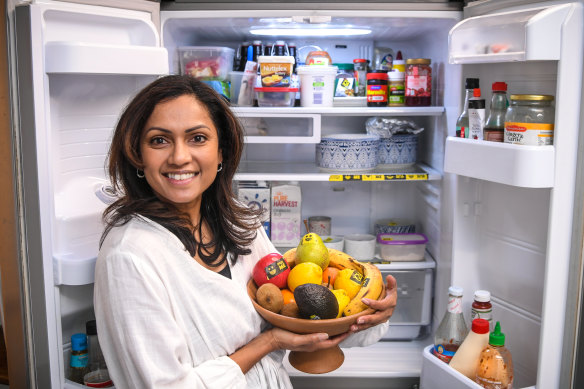 Violet Francis with the use-it-up tape inside her fridge. Credit:Justin McManus

Before she started using the tape, supplied by food rescue group OzHarvest, Francis often found herself throwing uneaten food in the compost bin. She detested seeing it go to waste.

“We used to do humongous weekly shops, but it just doesn’t work for us because of the wastage,” she said.

Now, almost nothing is discarded. Vegetables partly used for a curry earlier in the week are revived in a lively stir-fry, omelette or pasta. Leftover coconut cream goes into smoothies with slightly brown avocado, spinach and bananas for flavour.

But many more households will have to follow suit for Australia to break its $36.6 billion habit of throwing out 7.6 million tonnes of food – 70 per cent of it still edible – across supply and consumption chains. 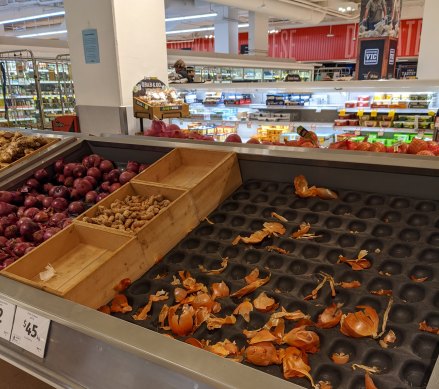 The result of panic buying in Melbourne in 2020. Credit:Paul Sakkal

The problem has become more urgent with a series of crises placing food production systems under more pressure than any other time in recent memory.

The sight of supermarket shelves stripped bare of produce remains among the most confronting images from the pandemic, when panic buying gripped shoppers.

There have since been farm labour shortages resulting in rotting fruit, floods in Queensland’s fertile fields that sent lettuce prices soaring past $10, and the war in Ukraine that has driven up costs dramatically for farmers.

Monash University household food waste expert Mark Boulet said many households hate discarding food, but have fallen into the trap of shopping without lists, doubling up on items already at home, cooking too much and not storing produce properly.

“So much of our food shopping and cooking is habit,” he says.

Boulet is conducting research with OzHarvest studying 75 households that put the “use it up” tape in their fridges and pantries.

Preliminary results showed this simple practice has helped reduce food waste in those households by about 40 per cent. The reduction in waste was particularly clear in fruit, vegetables, meat and yoghurt.

Pressure on big businesses overseas to reduce the amount of food they throw out is also paying dividends.

At least three large supermarket chains in the United Kingdom have committed to scrapping “best before” dates. Instead, they are encouraging consumers to finish more of what they buy and use their own judgement about whether items are fit to eat. 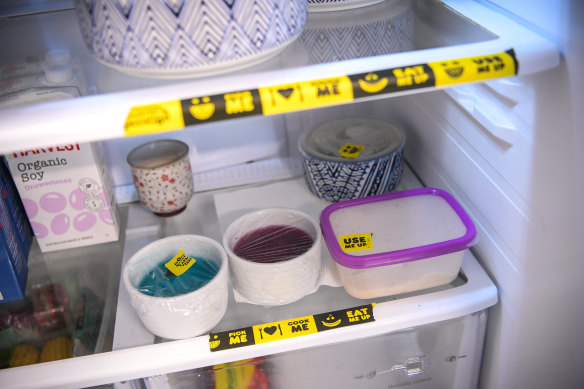 The tape inside the fridge. Credit:Justin McManus

Foods with best before labels can still be consumed and sold after the specified date, and only provide guidance about when the product will be most fresh.

But critics say they can mislead customers into thinking it is unsafe to eat those foods after the use-by date and can result in items being thrown out unnecessarily.

On the other hand, best before labels indicate when the food must be eaten for health or safety reasons. 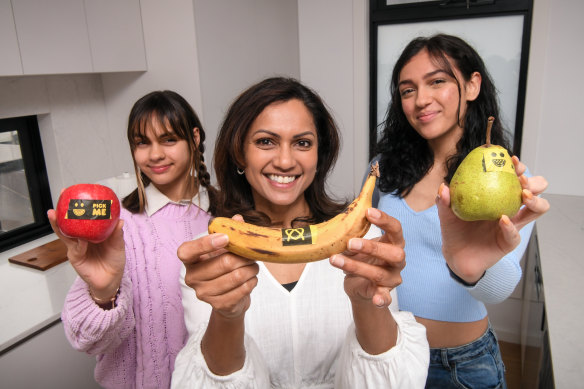 Violet Francis and her daughters Eloise and Isabelle.Credit:Justin McManus

A Woolworths spokesman said the company was aiming for zero food waste to landfill by 2025, but did not commit to changing its labelling practices.

“While we note the changes made by retailers in the UK, discussions regarding this in Australia are still in their infancy and need additional engagement with all of industry and governments,” he said.

Food waste by the numbers

The Coles supermarket chain did not respond to requests for comment.

Federal assistant Health Minister Ged Kearney said any policy changes on best before dates would need to be considered in a meeting of food ministers.

In addition to the expense, food waste is also a big driver of carbon emissions. A Food Innovation Australia Limited report showed 17.5 million tonnes of CO2 is generated annually from the production and disposal of uneaten food.

In 2017, the federal government committed to halving food waste by 2030.

“Unless we can reduce household food waste by 30 per cent there’s no way we can achieve that target,” he said.

Lapidge said while many local councils introduced food and garden organics collection and recycling, households should still aspire to throw out less food.

“Reduction is better than a cure.”