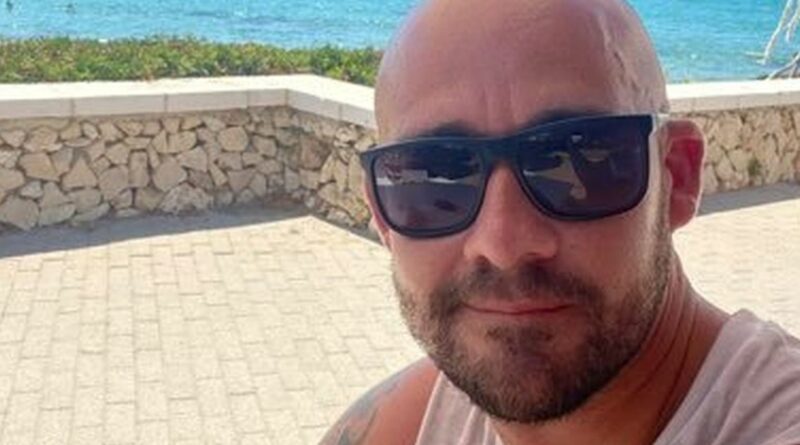 A dad-of-three has recorded a video of his neighbour screaming through his wall that he's a "small-testicled w*****".

Matthew Grist, 38, from Maidstone, Kent, posted the footage of his "neighbour from hell" on Twitter and wants it "on the record" that he doesn't actually have small testicles.

In the clip, the woman shouts through the wall: "You go to my garden and beg to see me. I don't fancy you!"

She then rants about his partner Zoe Broster, 27, calling her a "jealous s***" and Matthew a "bald, cellulite-ridden, small-testicled w*****".

The unnamed middle-aged woman declares "everyone hates you" and the parents "don't deserve children" while the couple try to laugh it off.

Matthew said he loaned his female neighbour a hammer but their relationship later soured and he believes it might be because she fancied him and felt rejected.

In an earlier Facebook post, the woman allegedly wrote that she'd "date him if he was single".

Matthew claimed his neighbour began asking him for guitar lessons and even turned up at his door with a bottle of whisky – only to suddenly turn against him.

The couple contacted Kent Police in January but feel "let down" because nobody has visited their neighbour to warn her about her behaviour.

Kent Police confirmed there was "insufficient evidence of a criminal offence" and said further incidents had to be reported for it to be classed as harassment.

Matthew said: "It upsets Zoe and it's quite unnerving because you question what she's going to do next. I'm almost sleeping with one eye open."

He added: "She used to be very eccentric and cordial, but then she just woke up and hated us.

"You're scared to go into your garden because you think she's going to come out or there's going to be some sort of hassle. She sits there in the rain at times, just to make snide comments at you.

"The kids know not to interact with her. They say she's rude, and they know not to repeat what she says. We dress it up to say she's not very well.

"I'm fiercely protective of my children. I just want them to be able to play in the garden without someone accosting them and shouting things.

"I can't work out which insults are towards me and which are to Zoe, but most of the fat comments are at Zoe and the bald comments are about me. It's horrible.

"I don't know how she knows I've got small balls, but I'd like to fully deny that, on the record!"

A Kent Police spokesperson said: "Officers contacted the informant and it was identified there was insufficient evidence of a criminal offence.

"They were also advised any further incidents could amount to harassment and should be reported. No further reports have been received by Kent Police at this stage."

Matthew's neighbour was contacted for comment but failed to respond.