The Labour leader met Sheik Raed Salah and shook hands with him in 2012 after he smuggled himself into the UK to give a number of hate speeches. 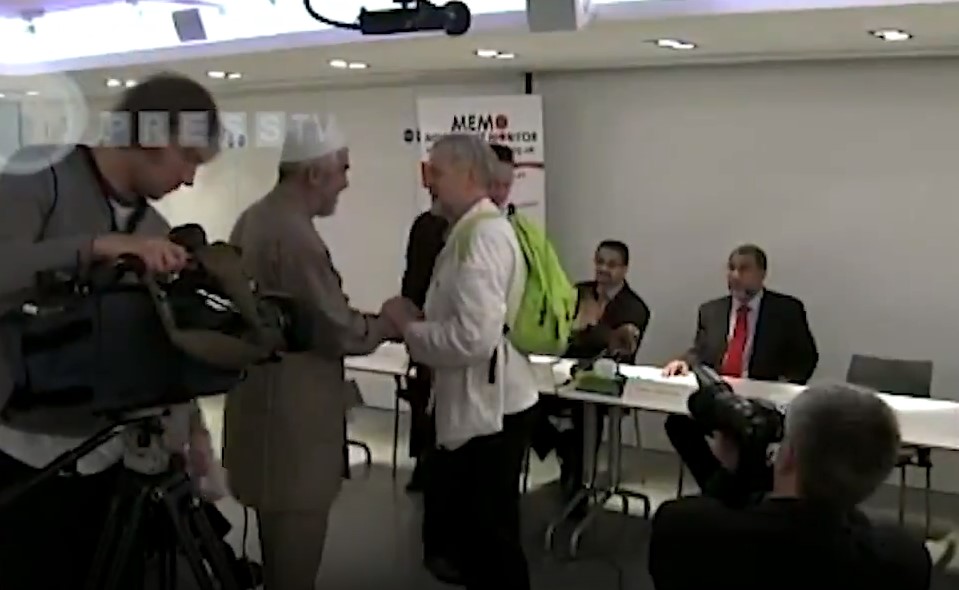 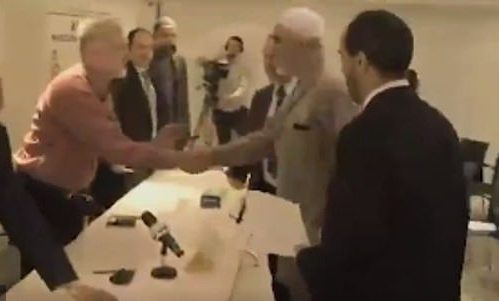 He was arrested on the orders of the then Home Secretary Theresa May, and although his deportation was blocked a judge ruled he used the blood libel – a trope which claims that Jews kill children to use their blood for religious rituals.

Yet the new clip – which emerged today – showed Corbyn shaking the cleric’s hand at the same meeting where he called him an “honoured citizen” and invited him for tea in Parliament.

A second clip shows the men embracing as they leave the venue.

Salah has already served two years in prison for raising millions of pounds for the Palestinian terror group Hamas.

Salah, a prominent member of the Islamic Movement in Israel, was excluded from the UK because of concerns over his ‘virulent anti-semitism’. 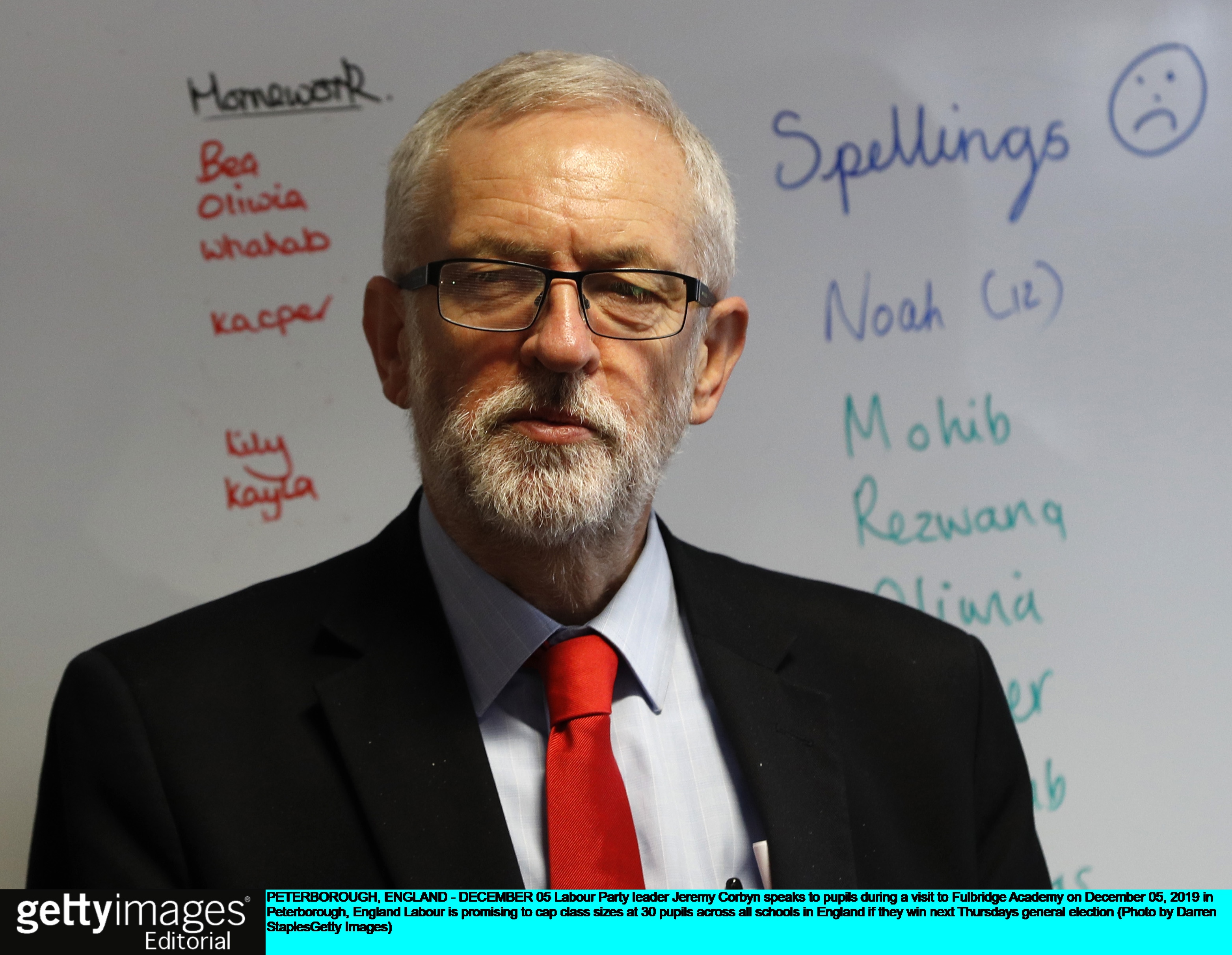 Euan Philipps, spokesman for Labour Against Antisemitism, said: “In August 2015, Mr Corbyn claimed that he had been ‘’unaware’’ of a British court’s findings in 2012 that found Raed Salah guilty of blood libel.

“However, footage revealed today shows Jeremy Corbyn embracing Raed Salah in April 2012 – at the end of a meeting in which Mr Corbyn had been discussing the British court judgement which he later claimed to have known nothing about.

“This evidence seems to prove not only that Jeremy Corbyn had close personal links with figures responsible for virulent anti-Jewish racism, but also his apparently willingness to avoid being truthful about these links.”

Meanwhile the Labour leader faced fresh embarrassment as it emerged celebs who signed a luvvie letter backing him for PM have made allegedly anti-Semitic remarks.

Mr Corbyn was supported by more than 40 famous faces who described him as a “life-long committed anti-racist” who was being “smeared by people who should know better”.

Among the signatories to the letter, printed in NME last month, was Pink Floyd singer Roger Waters, who used an inflatable pig featuring the Star of David at his gigs.

The legendary rocker has previously described the “Jewish lobby” in the US as “extraordinary powerful” and compared Israel’s treatment of Palestinians to Nazi Germany.

The letter was also signed by British-Iraqi rapper Lowkey, who has sung about the “Zionist lobby” and once described Israel as “a racist endeavour”.

Another supporter, comedian Alexei Sayle, referred to Israel as “the Jimmy Saville of nation states” in 2014 because “it clearly doesn't care about damaging the lives of children”.

Condemning air strikes in Gaza he said Israel had been “endlessly indulged by its doting parents, the West, and has become a psychopath as a result”. 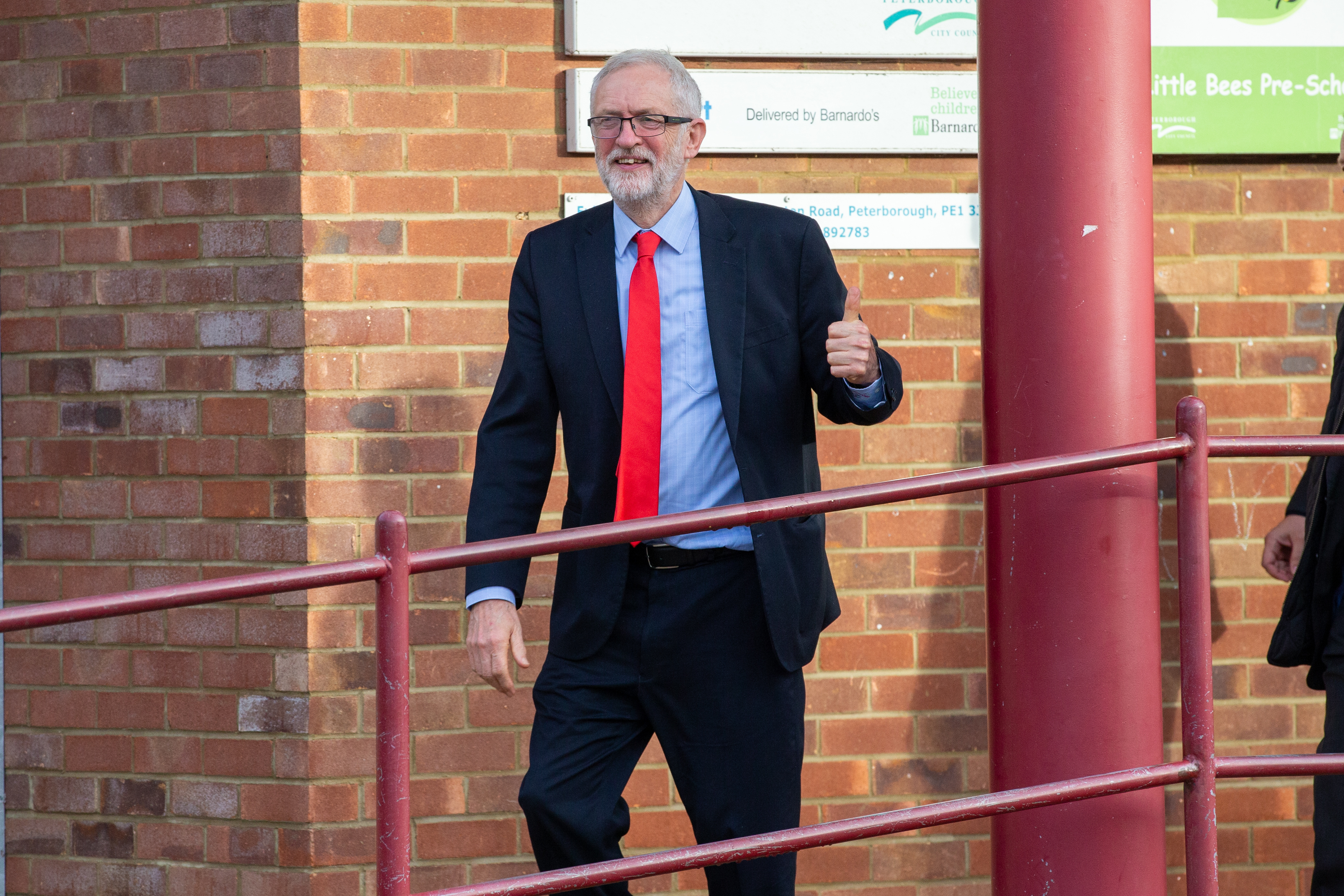 What to Read to Stay Informed Today: Minute-by-Minute in Washington
Celebrities News

Lea Michele’s Broadway Co-Star Calls Her ‘Nothing But A Nightmare’, Urges Her To ‘Actu
World News

Charges Upgraded Against Chauvin; 3 Other Officers Involved in George Floyd's Death to Be Charged: Report