Former Sky Sports pundit Andy Gray admitted the fall-out from his sexist comments about a female fourth official left him with suicidal thoughts.

Gray was caught on camera making a series of cheap remarks about Sian Massey with his colleague Richard Keys, who quit in the wake of the 2011 scandal.

Massey was due to officiate in her second Premier League match when, during the match build up, Gray was caught off camera referring to her appearance and saying ‘I definitely wouldn’t’.

Among a slew of cheap comments, the Scot also suggested that, being a woman, Massey – the linesman – wouldn’t understand the offside rule. 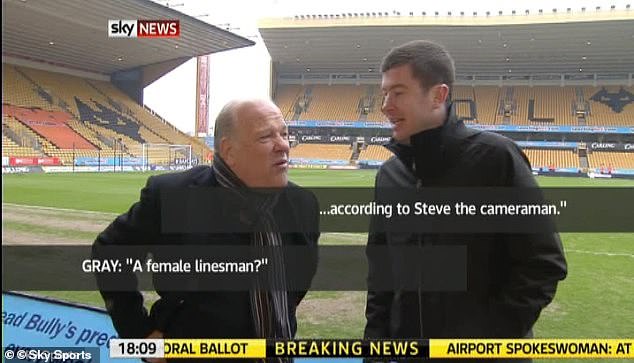 Now married, Sian Massey-Ellis accepted Gray’s grovelling apology at the time, but the media weren’t so forgiving. He was fired by Sky and couldn’t bring himself to look at a newspaper for six weeks.

In an in-depth interview with the Daily Record in Scotland, the 62-year-old who now works for BeIN sports in Qatar, recounted the ‘depths to which I plunged’.

The former striker said: ‘No one realised the depths to which I had plunged. I was a shell of a person,

‘No one understood how badly it had hit me. I was very down. And that’s never been a part of my personality.

‘For six weeks I didn’t look at a paper and I never watched the news. I couldn’t because I didn’t recognise the person they were all talking about. 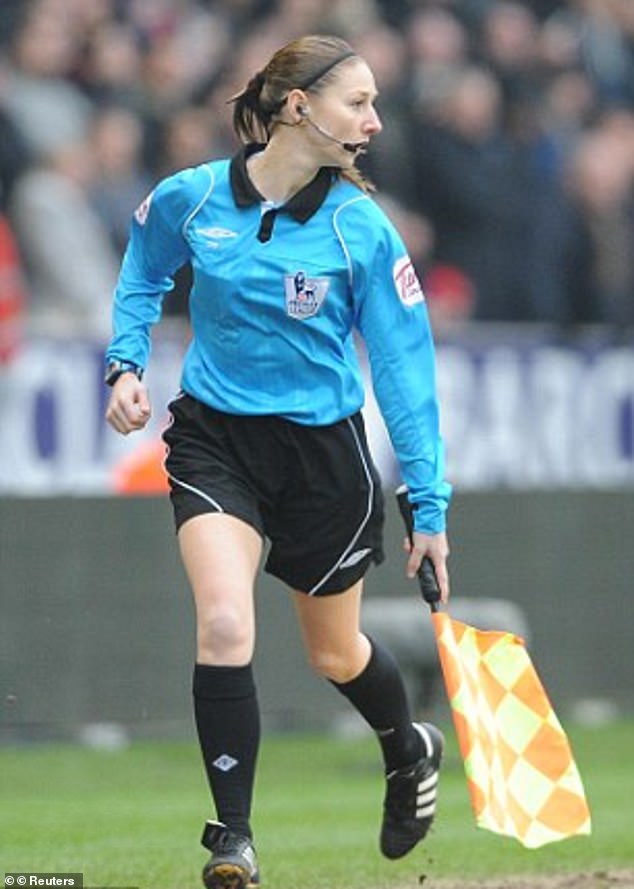 Sian Massey was just out of shot when Gray made the comments, she was about to officiate in her second ever Premier League game, between Liverpool and Wolverhampton Wanderers

‘It was horrendous. I was being hung, drawn and quartered by everybody. That’s fine if that’s the price I had to pay for what I said.

‘But I was angry that Sky didn’t offer any kind of support.’

Gray said he regrets his comments and denounced them. He slammed Sky for their role in the scandal, saying they further leaked tapes to the media thus adding fuel to the fire.

He said: ‘You know what? Eight years ago, I was at the side of a football pitch and I made a comment. It was probably what 90 per cent of the supporters who walked into the stadium that day were saying when they saw Sian was running the line. A cheap, throwaway line. 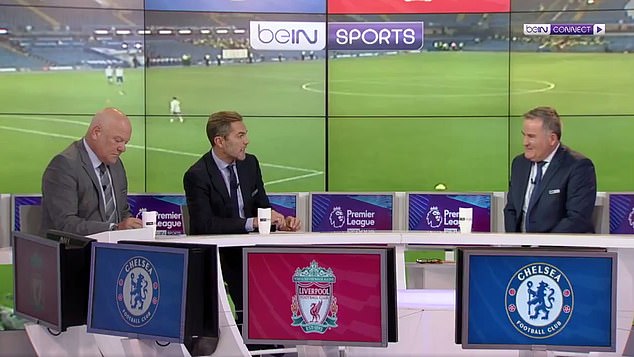 Andy Gray as a pundit and presenter on beIN Sports in Qatar, with Jason McAteer and Keys

‘Should I have said it? No. Do I regret saying it? Of course I do. But from that moment on, everything just snowballed.

‘I thought that after 20 years-plus doing what I had done for the company, I deserved some support. What I got was assassinated by everybody, particularly the Murdoch press. I don’t forgive them for that.

Defending his comments, the former Everton striker and voice of the Premier League for nearly 30 years, said:  ‘Listen, a lot of people will say, ‘It’s your own fault, you shouldn’t have said it’. But we were in an environment like a dressing room.

‘If I told you half the things that were said by other players and managers, it would make what I said about Sian pale into insignificance. 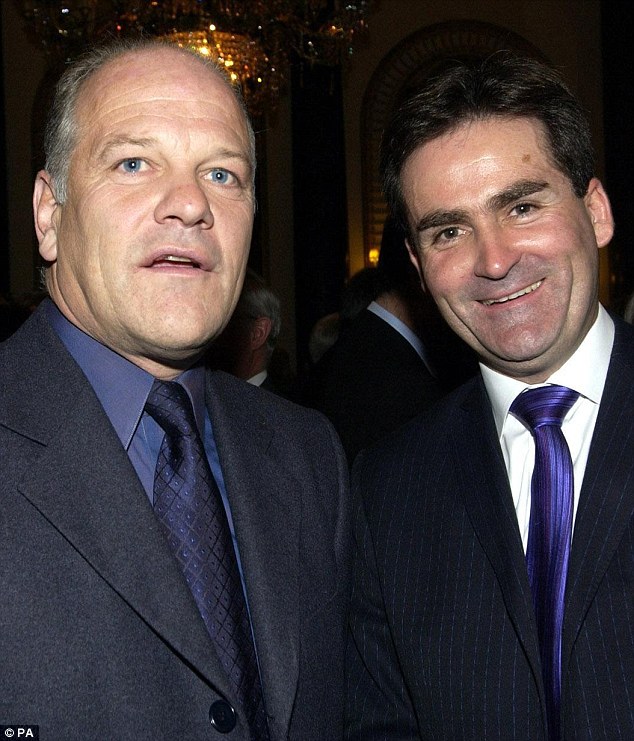 Richard Keys and Andy Gray were a well-known, and well-liked, duo before the 2011 comments 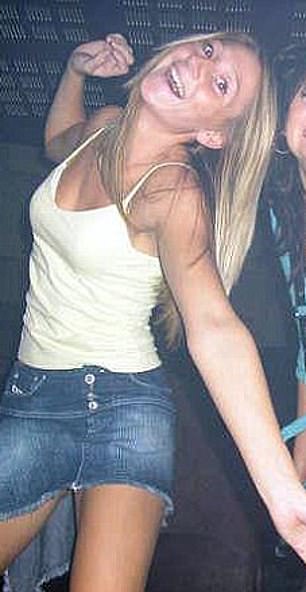 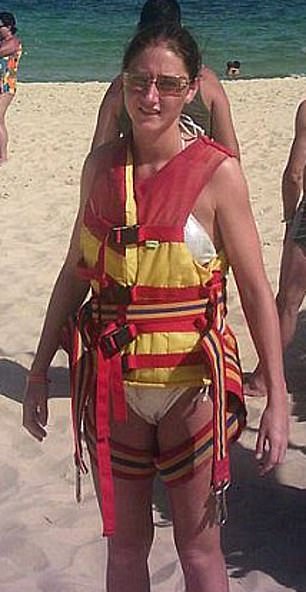 ‘So I was staggered when I got no support from Sky. All I got was sacked and thrown in the bin.’

Richard Keys also referred to Apprentice star Karren Brady, vice-chairman of West Ham, in a disparaging manner during the off-air conversation the 2011 match between Wolves and Liverpool, saying: ‘The game’s gone mad.’

In the recording released by Sky, Gray and reporter Andy Burton are heard discussing Miss Massey’s appearance before Gray again questions her ability to understand the offside law. 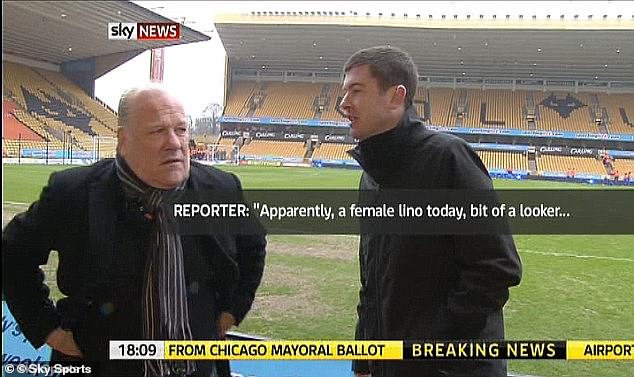 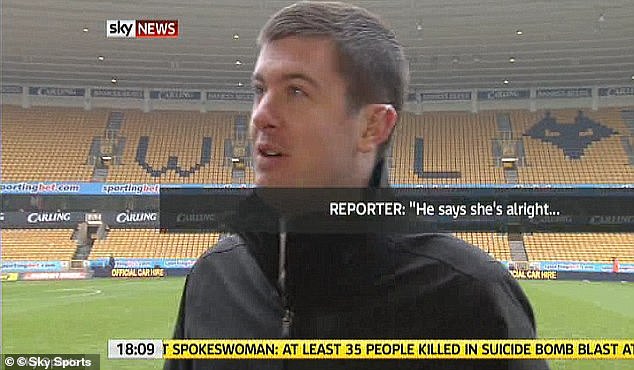 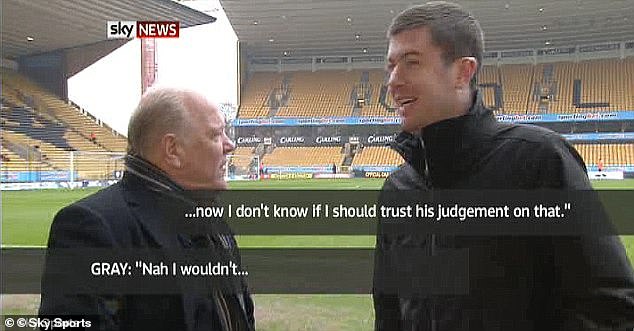 Burton describes Massey as ‘a bit of a looker’, referring to comments made by another member of the broadcasting team. ‘He says she is all right,’ the reporter adds. ‘Now I don’t know if I should trust his judgement on that?’

Gray appears to sneak a look at Miss Massey, who is out of shot, while saying: ‘Nah, I wouldn’t. I definitely wouldn’t.’ A crew member then refers to her again, and Gray is heard replying: ‘I can see her from here [expletives]. What do women know about the offside rule?’

The incident is not the first time Keys and Gray have mocked women.

In 1998, the pair began giggling while introducing the goals from the Women’s FA Cup Final, won by Arsenal.

When captain Sian Williams dropped the base of the cup during the presentation by Delia Smith, Keys quipped: ‘Steady girls’, before Gray replied: ‘I’m glad she’s not in goal’. 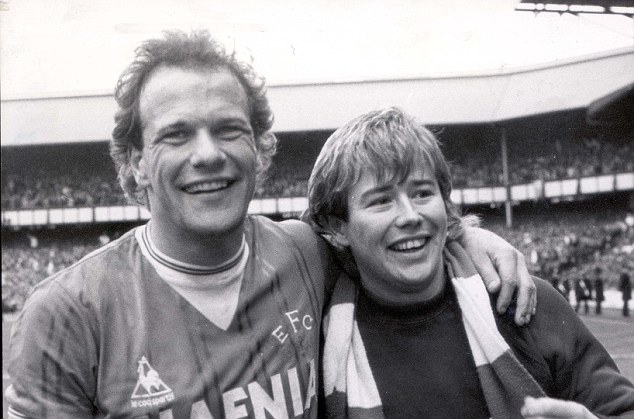 Andy Gray (left) and Adrian Heath at Everton in 1985. Gray said there was a culture of sexist comments in football and in 2011 he and Keys ‘were in an environment like a dressing room’