Home » World News » For Real Political Power, We Must Invest In The Next Georgia 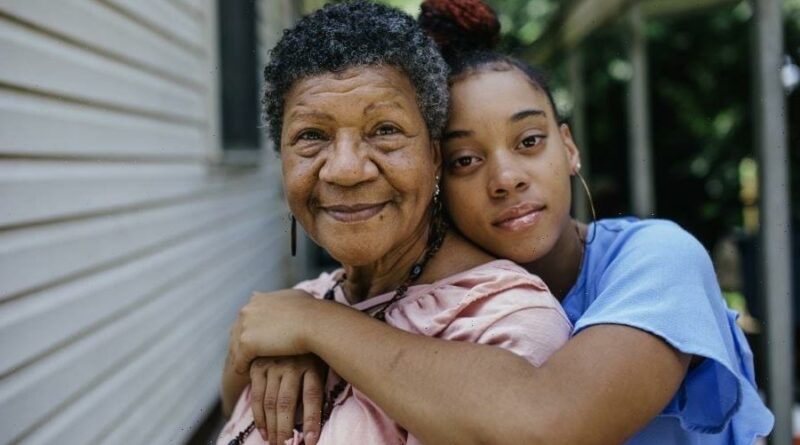 With the 2022 midterm elections underway (with early voting already starting in some states), everyone is buzzing over which way the winds are blowing for control of Congress. While this election is consequential, people who care about democracy cannot afford to get stuck in the now. We need to think forward. We need to think long-term.

If the fights for abortion rights, climate justice, and voting access have taught us anything, it’s that our human rights can be either protected or chipped away by lawmakers over decades, culminating in policy decisions that deeply affect our lives. That’s why the solution must be a deep investment in our people: BIPOC communities – Black, Indigenous, Latinx, AAPI and all people of color.

We need to invest in the next Georgia to bring about the change everyone in the U.S. needs and deserves.

A look at elections past can show us important roadmaps for the future. The 2020 election was defined by monumental voter turnout nationwide and particularly in one state: Georgia. Ten years prior, this kind of Georgia was unimaginable – and organizers from ProGeorgia, the New Georgia Project, and Black Voters Matter continue to work hard every day to turn out the vote. Led by Black advocates committed to a better future, these years of concerted organizing and mobilization through door knocks, phone calls, texts, and conversations with people who had never been engaged by the political system is what changed the course of our entire country. Now, it’s time we do this all across the U.S. We need to invest in the next Georgia to bring about the change everyone in the U.S. needs and deserves.

What happened in Georgia is possible elsewhere, especially in other Southern states. Organizing and movement building is coded in my DNA, I know this. The organization I run, State Voices, is guided by a simple mission: using data and technology, people-powered campaigns, and coalitions to build a multiracial democracy that allows everyone to thrive and live in their full dignity. Our broad network gives us the birds-eye view to help identify and invest in the next Georgia.

Two states in which our network operates come to mind immediately: Tennessee and Alabama.

Tennessee consistently has one of the lowest rates of voter turnout in the nation, ranking 46th in the 2020 election. This past year, the General Assembly was sued for allegedly unconstitutionally drawing new district maps, dominating the redistricting process and opposing the values of fair and equitable representation. Alabama, meanwhile, has some of the harshest abortion laws in the country and is looking to punish residents who seek abortion access out of state. In both of these states, policies from redistricting to abortion bans seek to harm the rights and well-being of their residents.

But the long-term outlook isn’t as grim in these states as they may first appear – and organizers are working hard, every day, to get out the vote and let voters have their say. While some may look at Tennessee’s low voter turnout negatively, I see it as an opportunity to engage folks who’ve been left out or left behind by traditional politics and advocate for policies that improve access to the ballot and a fairer redistricting process.

By investing in targeted engagement of previously untapped and overlooked communities, especially Alabamians and Tennesseans of color, BIPOC communities can change the tide in these two states and provide a model for others to follow. In fact, State Voices is investing right now. We have two state-based affiliates, called State Tables — CivicTN and Alabama Forward — that are on the frontlines.

CivicTN is innovating to create real results, prioritizing boosting voter turnout by investing in “the Rising Electorate” of Black, Latinx, New Americans, low-income families, single women, and young voters. They collaborate with trusted nonprofits who understand their local communities in Tennessee and provide these nonprofits with data-driven strategies and best practices for grassroots organizing to empower Tennesseans and affect positive change. CivicTN also has a keen eye towards Tennessee’s out-of-balance redistricting system to create a transparent process that Tennesseans can trust, where communities remain whole, and where voters have an equal voice, no matter the color of their skin.

Alabama Forward is also doing groundbreaking work to meet Alabamians where they are. The group understands that community and civic engagement is a lifestyle, and it doesn’t start and stop with election season. They engage with folks, especially BIPOC communities,  through year-round art and cultural movements. This year alone, Alabama Forward is hosting a series of Trap Democracy Festivals geared to engage forgotten demographics ahead of the midterm elections. They’re also curating digital online spaces like Shake the Field, which aims to use culture to educate and implore people in the state to engage them in the political process.

These are but two examples of organizations that do the real long-term civic engagement work that’s needed to turn the tide of our country in the long run and create a world where we can all thrive in our full dignity.  Just think if we trust the experience and leadership of Black women, if we organize on issues that impact people’s daily lives, and if we focus on building lasting infrastructure and power– and not only on the political cycle–what we can build together by 2030.

State Voices and I are committed to realizing a truly multiracial democracy in the U.S. The path forward is to follow the model laid forward in Georgia, resourcing organizers to bend the arc of history. The only question is: Will you join us?

Alexis Anderson-Reed (she/her) is the Chief Executive Officer of State Voices, a coalition of advocates, activists, and organizers committed to a multiracial democracy. State Voices plans to contact over 25 million voters ahead of the 2022 midterms, and invests in states like Alabama and Tennessee for long-term change. Alexis serves on the boards of the Alliance for Youth Organizing, Analyst Institute, and the State Innovation Exchange (SiX).