In most renditions of bhatti da murgh (Punjabi grilled chicken), the spices are something you taste but do not feel. Ground into a powder and mixed into the marinade, they slip quietly onto your tongue, almost without warning, before bursting into a fireball of musky, tangy, smoky flavors — the more pungent, the better.

This is not the case at Adda Indian Canteen in Long Island City, Queens. There, the chef Chintan Pandya takes the spicing one step further, coating the marinated chicken legs in a thick blanket of cracked whole cumin and coriander seeds before searing them in the tandoor. The whole spices add a nubby, brittle crunch to the chicken skin, which sizzles and crisps in the oven’s high heat. Bold, complex and tantalizingly tongue-singeing, those chicken legs were the first thing that disappeared from our crowded table, and the last thing I thought about before drifting to sleep that night. 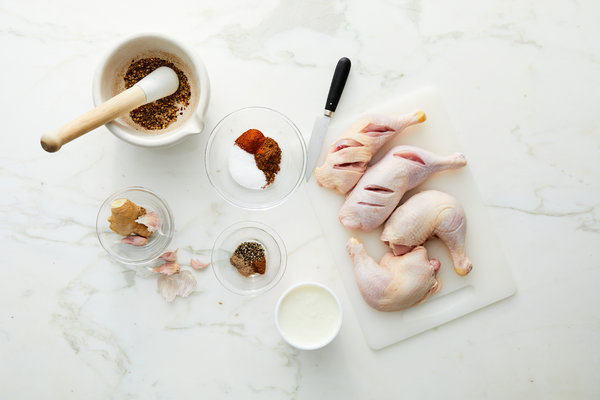 I knew I needed the recipe just as soon as I could persuade Mr. Pandya to hand it over. It took a little begging, but eventually he agreed.

He spent years tweaking and reworking this signature dish, and got the idea to add whole spices to bhatti da murgh in 2001, when he sampled a version at a small chicken joint in Delhi. Although the particular mix of spices for bhatti da murgh varies from cook to cook, the whole-spice coating was a revelation.

“I loved the crackle of the whole spices in the mouth; they give it texture,” he said. “I had never seen it that way before.”

He took the idea with him when he moved to the United States in 2013, and has been tinkering with it ever since. His version at Adda is audible crunchy and very rich, having been basted with plenty of melted butter.

If you happen to have a tandoor, you can use it here. I’ve tried the recipe in the oven and on the grill, using indirect heat and a baking pan to catch the butter without flare-ups. Both versions worked well, but the oven is easier.

Then for serving, I like to squeeze on some lime juice for acidity. Or try a spoonful of yogurt or a simple cucumber raita to mellow the heat while adding tang. Just don’t use too much or you’ll soften the spicy crunch — which after all, is what makes this recipe truly shine. 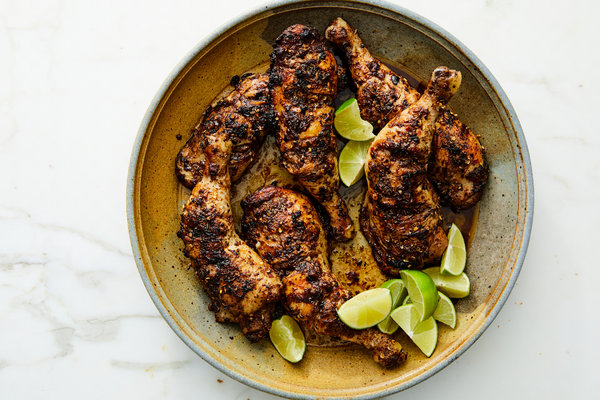 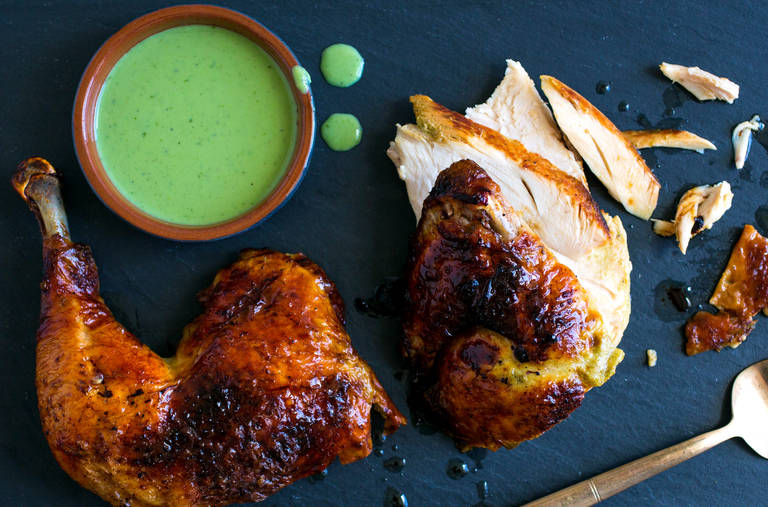 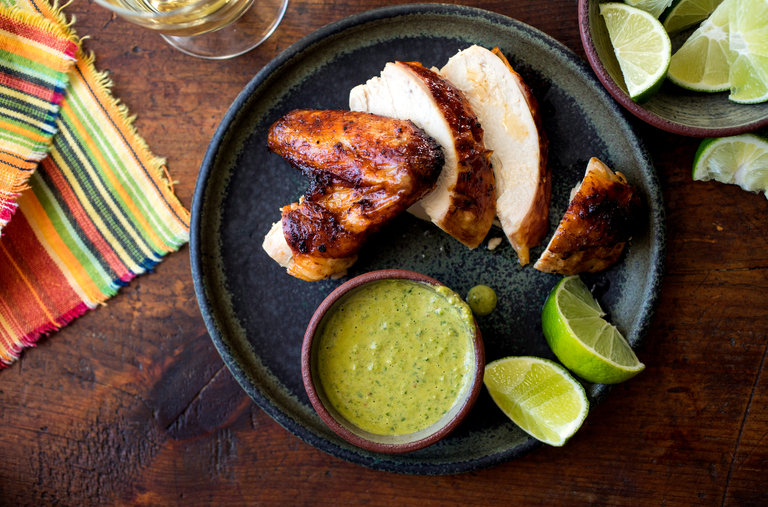 Melissa Clark has been a columnist for the Food section since 2007. She reports on food trends, creates recipes and appears in cooking videos linked to her column, A Good Appetite. She has also written dozens of cookbooks. @MelissaClark • Facebook