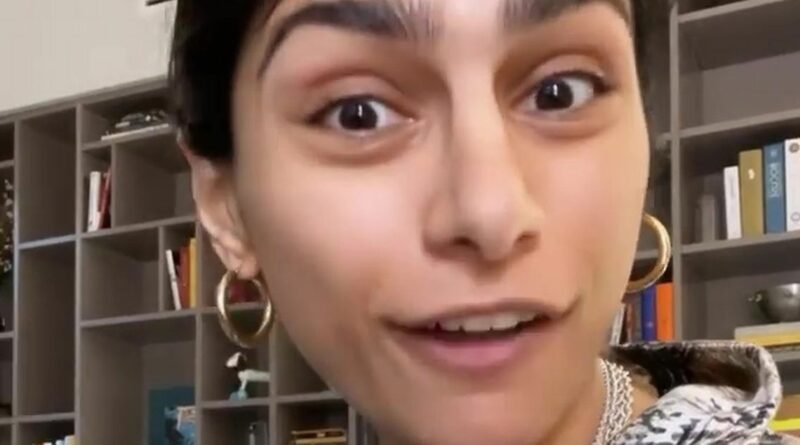 Millions of Americans celebrated the annual public holiday, which marks the USA gaining independence from the UK in 1776.

But Lebanese-American babe Mia did not appear keen on joining her compatriots in the celebrations.

She started off by posting a video of herself mocking the US military with the caption: "Support our troops and their 4th grade reading levels."

Mia went on to say: "The military is a f***ing cult and you need the IQ of a house plant to get in."

The 28-year-old then posted another clip mocking America's national anthem, the Star-Spangled Banner. Not stopping there, Mia shared a post entitled "there is nothing to celebrate today".

It said: "No amount of BBQ, fireworks and American flag clothing (which violates the Flag Code) can mask the daily assaults on our democracy.

"From never ending police brutality and the oppression of so many, to voter suppression efforts and legislation intended to strip citizens of their rights, our perceived "independence" is a farce.

"Here are four things you can do today (and every day) that are more meaningful than a day of faux patriotism."

Independence Day is generally considered one of the biggest US public holidays, featuring fireworks, barbecues, carnivals and concerts among other festivities.

Mia moved to America from Lebanon when she was still a young girl but she has regularly been critical of the US government and Americans. In January this year she compared the Capitol rioters to the Nazis in a furious rant.

She made her feelings about Donald Trump's supporters perfectly clear as she fumed: "I f***ing hate all of you." It made her the number one ranked performer on the site in that year, but it also led to death threats from terror cell ISIS who threatened to behead her.