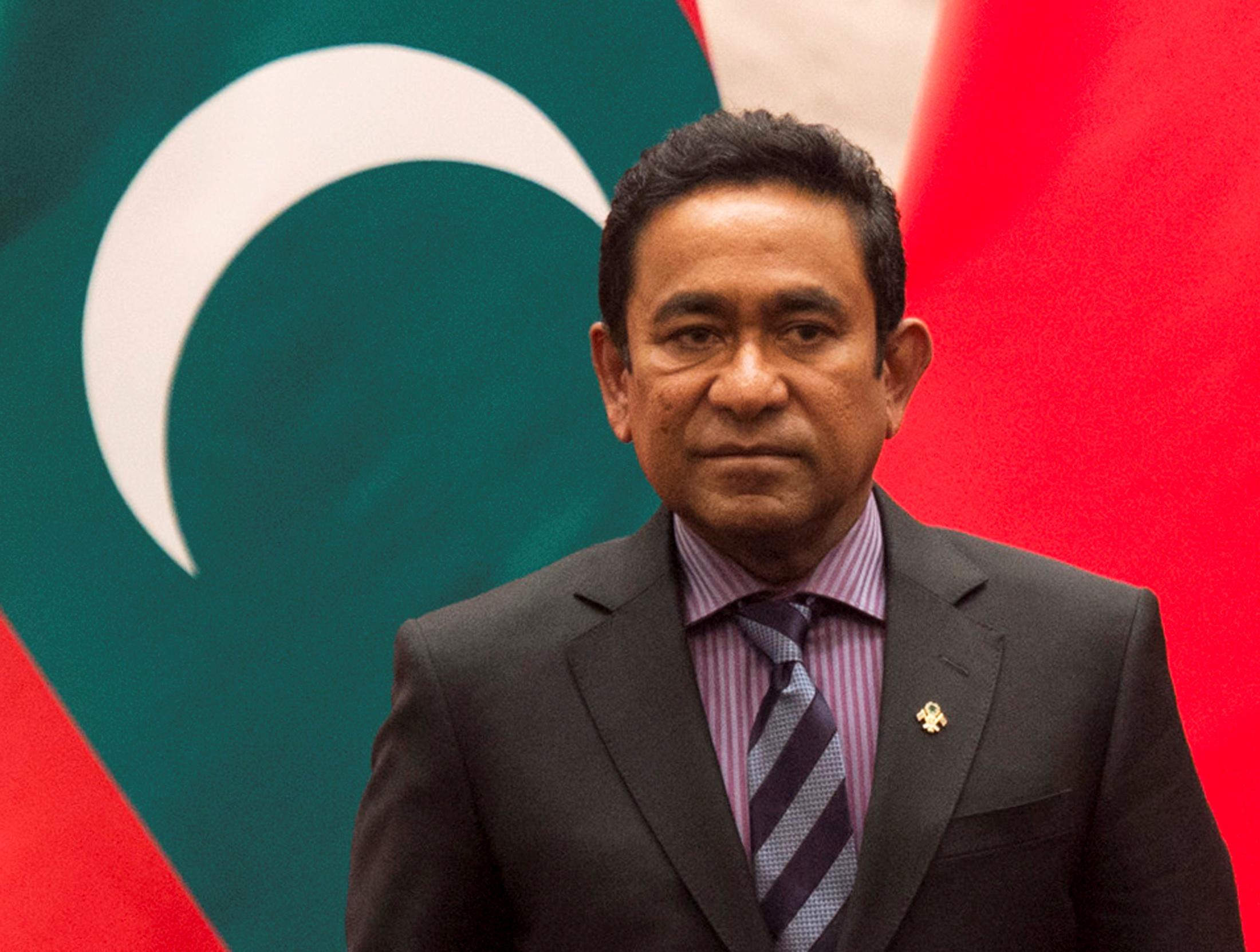 MALE (Reuters) – Abdulla Yameen, the former president of the Maldives, pled not guilty to charges of money laundering on Sunday, in the first hearing of a criminal court trial into the matter.

Yameen, who drew the Indian Ocean island country closer to China during his tenure, is accused of receiving $1 million of government money through a private company, SOF Private Ltd, which has been implicated in a corrupt deal to lease tropical islands for hotel development.

The corruption scandal, originally uncovered by an internal audit, has also implicated several other leading politicians and businessmen, all of whom have denied any wrongdoing.

SOF Private could not immediately be reached for comment.

Yameen, who unexpectedly lost an election last year, was arrested in February. He has repeatedly denied the allegations against him.

During Sunday’s hearing, which was broadcast nationally in a historic move, the court dismissed five pre-trial motions filed by Yameen’s lawyers challenging the validity of the charges against him.

The defense’s arguments did not amount to a valid reason to not proceed to trial, the judge ruled.

The prosecution’s witnesses will begin to testify at the next trial date on August 4. If found guilty, Yameen could face a jail sentence of between five to 15 years.