The former boss of Next, Sir David Jones, who transformed the store into a high street powerhouse but later faced forgery charges, has died at the age of 76.

The veteran retailer, who also had board positions at Morrisons and JJB Sports, joined the retailer in the 1986 and saved it from collapse.

He turned around its fortunes, making it the third-biggest fashion chain in the UK, and a mainstay of the UK High Street.

The fashion mogul’s accomplishments were all the more surprising given he was diagnosed with Parkinson’s when he was 39, but kept it secret for 20 years, even from his own wife Anne.

‘I didn’t even tell my wife for three years. I thought if people knew I had Parkinson’s they would think that it would affect my business judgment. There really wasn’t much known about it back in 1982.’ 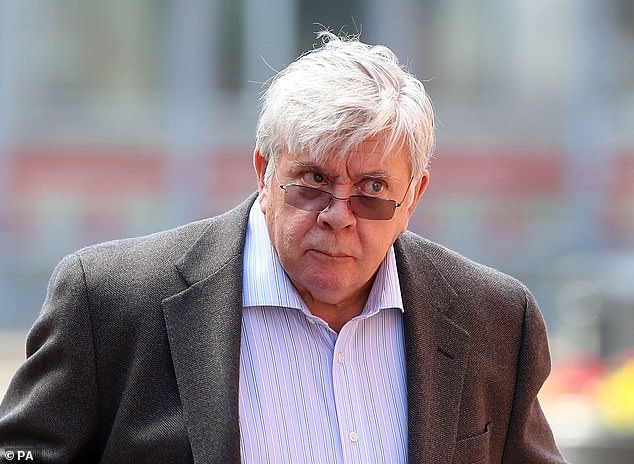 The veteran retailer, who also had board positions at Morrisons and JJB Sports, had been in poor health in recent years, having been diagnosed with Parkinson’s disease at the age of 39 – something he kept secret until 2001

In 2002 he took over as chairman, appointing his former assistant Lord Wolfson as his successor – making him the youngest FTSE 100 chief executive at the time, and later left Next in 2006.

But his later stint at JJB Sports was marred by legal issues and he went on trial in 2013 accused of forging a bank statement to disguise the fact that he had borrowed £1.5 million from JJB founder Dave Whelan.

Leeds Crown Court heard at the time that Sir David was heavily in debt, ‘possibly due to gambling’.

The prosecution case against him also said that he borrowed another £1.5 million from Mike Ashley, the billionaire owner of the Sports Direct chain and Newcastle United Football Club.

However, due to his deteriorating health, the trial was abandoned.

His son, Stuart Jones, later stood trial over the alleged forgery but was acquitted in 2015.

Next said in a statement: ‘It is with great sadness that Next records the passing of its former chairman and chief executive Sir David Jones CBE over the weekend. 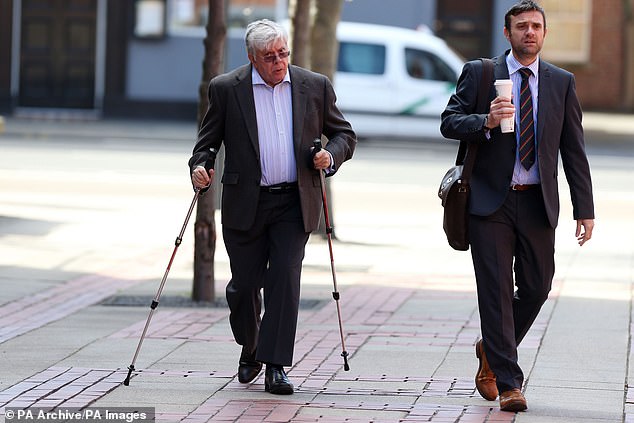 Sir David Jones arrives, with his son Stuart, at Leeds Crown Court where he was accused of making false statements to the market in relation to two £1.5 million loans. Due to his deteriorating health, the trial was abandoned. His son, Stuart Jones, later stood trial over the alleged forgery but was acquitted in 2015

‘David will be remembered by many of his colleagues as the man whose courage, good sense, kindness and hard work navigated the company through its most demanding moments in the late 1980s until his retirement in 2006.

‘David was a true friend of Next and our thoughts are with his family at this time.’

Lord Wolfson spoke about Sir David at the time of his appointment.

He said: ‘His blend of common sense, financial prudence and personal warmth has been an inspiration to all of those who have worked for him.

‘His achievements have been all the more remarkable, given the ever increasing physical burden of Parkinson’s disease.’