Former Melbourne principal and alleged child sexual abuser Malka Leifer will remain behind bars in Israel after an extradition hearing at a Jerusalem court postponed her next trial date for a further two weeks.

Victorian police want Leifer to return to Australia to face 74 charges of child sex abuse. She is being held in Israel’s sole women’s prison, Neve Tzira, in the central Israeli city of Ramle. 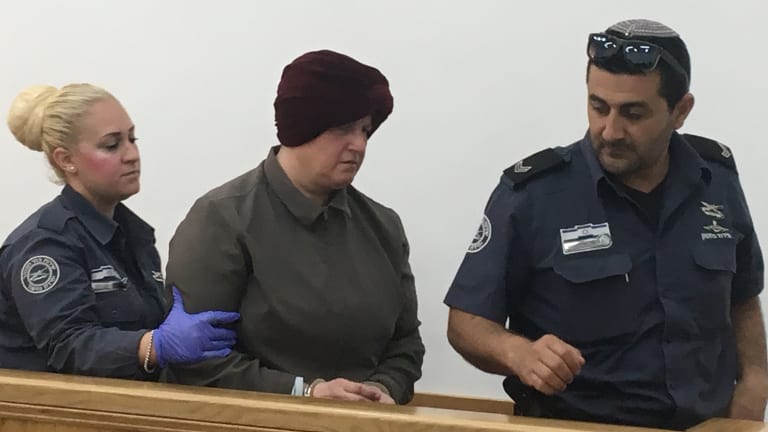 Malka Leifer is led from the court.

Leifer fled Australia for Israel in 2008 after allegations were first raised over her time as head of the ultra-orthodox Adass Israel girls school in Melbourne. The school was ordered to pay over $1.1m in damages to her alleged victims in 2015.

In 2016, Leifer was declared unfit to stand trial by a Jerusalem district judge because of her mental health, but in February this year she was arrested and accused by local authorities of obstructing justice by feigning illness to avoid trial.

In the latest hearing, Judge Hannah Lomp ordered the prosecution to present the defence with all the evidence collected against Leifer, evidence the prosecution claims shows she is mentally fit to be extradited. The next extradition hearing will be held on May 16th.

Defence lawyer Yehuda Fried accused the prosecution of delaying tactics and “playing for time” to keep Leifer in jail, requesting that she be released to psychiatric care while court proceedings continue.

“Read my lips,” Fried told the court, “I never received even 20 per cent of the case evidence". Fried said the prosecution could not provide the evidence because it had "nothing on her".

The prosecution said a report from the city's chief psychiatrist, along with video and recorded evidence collected by a private investigator and Israeli police showed Leifer was fit to stand to trial and had been leading a 'normal life' before her arrest.

The 54-year-old arrived in court more animated than usual as she glanced around to look for her relatives and spoke with her female guard. Manny Waks – an Australian activist for Kol v’Oz, a Jewish organisation combating child sex abuse – approached the stand ahead of proceedings and  asked Leifer if she had a message for her alleged victims.

Leifer bowed her head, with no response, and ducked under the dock for the remainder of the hearing. Her defence lawyer requested Waks, be removed from court.

“Her day of reckoning is nearing,” Waks told journalists outside the courtroom. 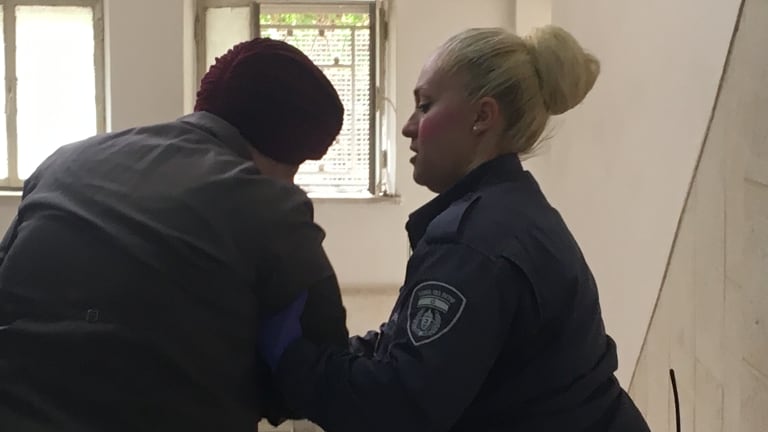 Leifer was taken from the court and appeared distressed.

Leifer was led away before the end of the hearing as she said she felt unwell. She appeared to collapse as she was led away in apparent distress with her hands cuffed.

Wednesday’s hearing took place on the eve of the Jewish holiday of Lag B’Omer, where precisely a year ago, alleged victims of the former principal say she was photographed attending a mass religious gathering on Mount Meron, northern Israel – claims that sparked the private investigation into the veracity of her health claims.