Former soldier who turned to cannabis after losing comrades in Basra bombing and died after being Tasered by police ‘was suffering from PTSD’, inquest hears

An ex-soldier who died after being tasered by police was suffering from post-traumatic stress disorder (PTSD) from his military service, an inquest heard.

Corporal Spencer Beynon, 43, who toured Afghanistan and Iraq, collapsed after being shocked with a taser of up to 50,000 volts yards from his home in Llanelli, South Wales.

The former corporal in the Royal Welsh Regiment is understood to have lost comrades in a roadside bomb attack in Basra and was left traumatised by his experiences, making him turn to cannabis as a coping mechanism.

The inquest heard Mr Beynon ‘charged’ at officers before he was tasered. 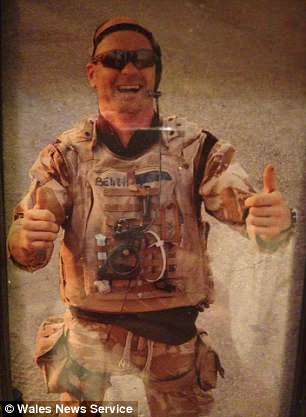 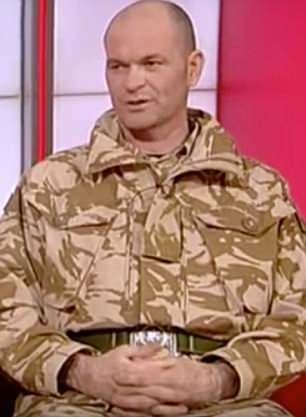 Former soldier Spencer Beynon has died after he was Tasered by police in Llanelli, south Wales

Eyewitnesses said they saw someone armed with a knife looking ‘totally out of it’ before stabbing a dog and then himself.

Beynon was found by police to have suffered wounds to his neck when he died in June 2016.

The former soldier died yards from his home after neighbours raised concerns about his behaviour to police.

Police were called to his street after a neighbour raised the alarm. 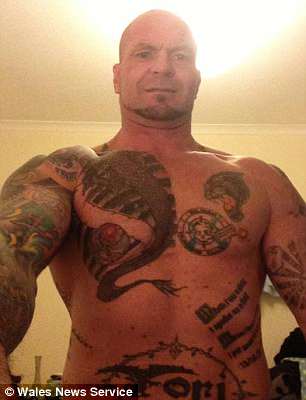 He said: ‘It’s simply not accepted his death was caused by the actions of the police officers.’

Upon his return to Wales in December 2007, Spencer was given a heroes welcome along the rest of his battalion.

Speaking about his time in Iraq, he said: ‘Obviously we knew the job in hand and we knew the dangers that we faced every day and that didn’t deter us in what we had to do.

‘However there were certain times when it was a very, very scary place to be.

‘However we must go on and we will continue to do our job as professional as we can in future operations.’

After leaving the army, he moved back to his hometown where he lived along with his pet dog. 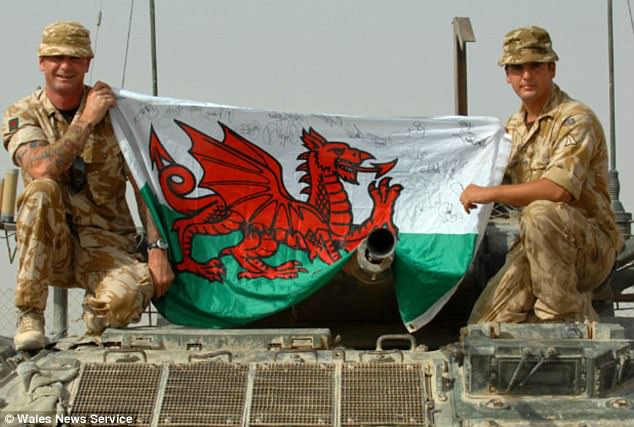 He then tried to turn his life around by setting up a community group in his home town last year to protect children in local playgrounds.

Coroner Mark Layton said: ‘We accept across the board Mr Beynon was mentally ill.’

The inquest at Milford Haven was adjourned until October.

A spokesman for the Independent Police Complaints Commission (IPCC) said: ‘Officers attended and, during engagement with the man, it is understood a Taser was discharged.

‘The man became unresponsive and was subsequently pronounced dead. The IPCC has begun an independent investigation.’

A police spokeswoman had said at that time: ‘Dyfed-Powys Police were called to an incident in Llanelli relating to the behaviour and welfare of a man. A man subsequently died.

‘A full investigation has commenced and Dyfed-Powys Police referred the matter to the IPCC, who will now conduct an internal investigation. We are fully cooperating with them. Our thoughts are with the family of the man.’

For confidential support call the Samaritans in the UK on 08457 90 90 90, visit a local Samaritans branch or click here for details