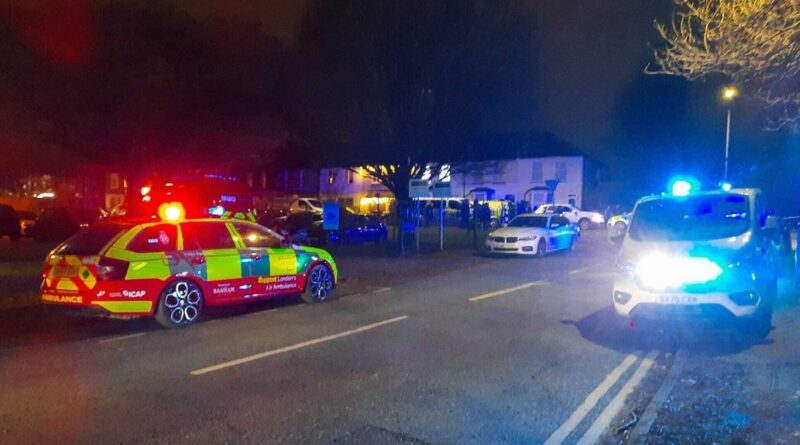 Four children have tragically died in a house fire in south London, with emergency crews scrambled to the scene.

At least 60 firefighters were scrambled to the scene of the blaze in Collingwood Road, Sutton, on Thursday evening.

The road is closed in both directions between Bushey Road and Alexandra Avenue, MyLondon reports.

"This is an incident that has left everyone numb with profound sadness," London Fire Commissioner Andy Roe said.

"My thoughts are with the family and friends of the children, the whole local community and all those who will be affected by this fire.

"Fire crews arrived quickly and located the children inside the property.

"They were brought out of the house and given immediate emergency care.

"The welfare of our staff involved in this incident is very important to us and all of them will be offered counselling as a priority."

The first fire crews on scene were faced with an intense blaze throughout the whole of the ground floor.

Firefighters in breathing apparatus entered the mid-terrace house and brought four young children out of the property.

They were given immediate CPR by firefighters at the scene, who continued to administer treatment to assist London Ambulance Service crews on arrival.

All four children were removed to hospital where, tragically and despite the efforts of all involved, were pronounced deceased.

Assistant Director of Operations at London Ambulance Service Graham Norton said: "We were called at 7.10pm tonight (16 December) to reports of a fire in Collingwood Road, Sutton.

"We sent a number of resources to the scene including ambulance crews, advanced paramedics, paramedics in fast response cars, incident response officers and members of our Hazardous Area Response Team (HART)."

He went on: "We also dispatched trauma teams from London’s Air Ambulance and Air Ambulance Kent Surrey Sussex – both teams consisted of a paramedic and a doctor in a car.

"We treated four children at the scene and took them to hospital.

"Our thoughts are with the family and friends of the four young children and everyone affected by this devastating tragedy. Thank you to all the ambulance crews and our colleagues in the fire brigade and police, who all worked so tirelessly to try to save them."