Four people have been rushed to hospital after a priest reportedly lost control of his car outside a church in Dublin, and crashed into parishioners attending a funeral.

Local police said the accident was caused by the driver of a car falling ill, and striking a number of pedestrians outside the church.

The incident took place at the Immaculate Conception Church in Clondalkin, a suburban village some six miles west of Dublin’s city centre, on Monday morning. 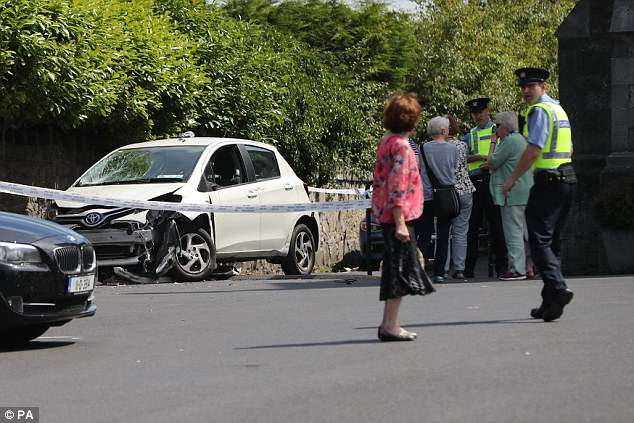 Crash: A damaged vehicle in the grounds of the Church of the Immaculate Conception in Clondalkin, Dublin 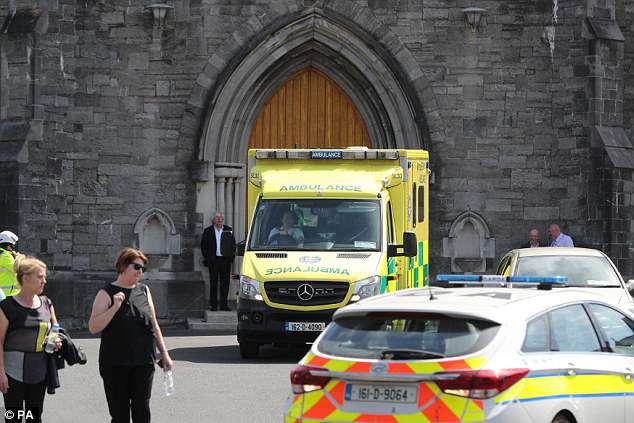 Incident: Four people were rushed to hospital after the driver of a car fell ill and crashed into a crowd outside the church

Jo Archbold, a Dublin-based photographer, claimed in a tweet that the driver had been a local priest.

‘The incident that just happened in Clondalkin a few hours ago was because a priest took a heart attack whilst driving into the church yard,’ she wrote.

She added in another tweet that her family members in attendance had been left ‘in shock’.

Four pedestrians were taken to three separate local hospitals after the incident at approximately 10.20am, a police spokesperson told the Irish Sun. 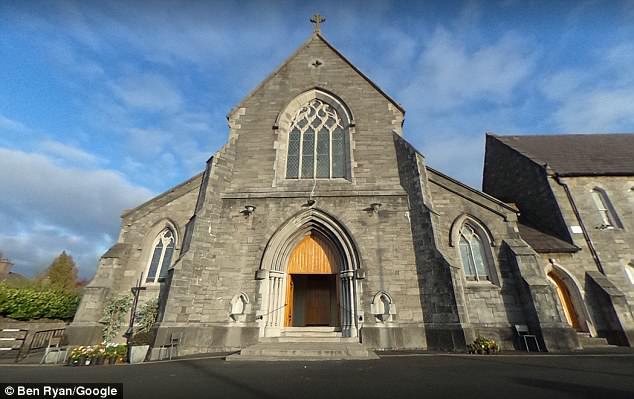 The driver of the car, allegedly a priest, is believed to have lost consciousness behind the wheel shortly before the incident in the grounds of the Church

One suffered minor injuries, while the conditions of the other three persons hospitalised are still unknown.

A number of people were also treated by emergency services at the scene, but did not need to be taken to hospital.

Several roads in Clondalkin remain closed or congested in the wake of the incident, and AA Roadwatch is advising that motorists avoid the area.

A number of emergency vehicles remained on the scene at lunchtime on Monday.