RIOT police have been sent to the Marseille region to enforce mask rules and help stem a worrying spike in coronavirus cases.

The French government has deployed 130 gun-toting cops to the port city and the surrounding area in a tough new clampdown. 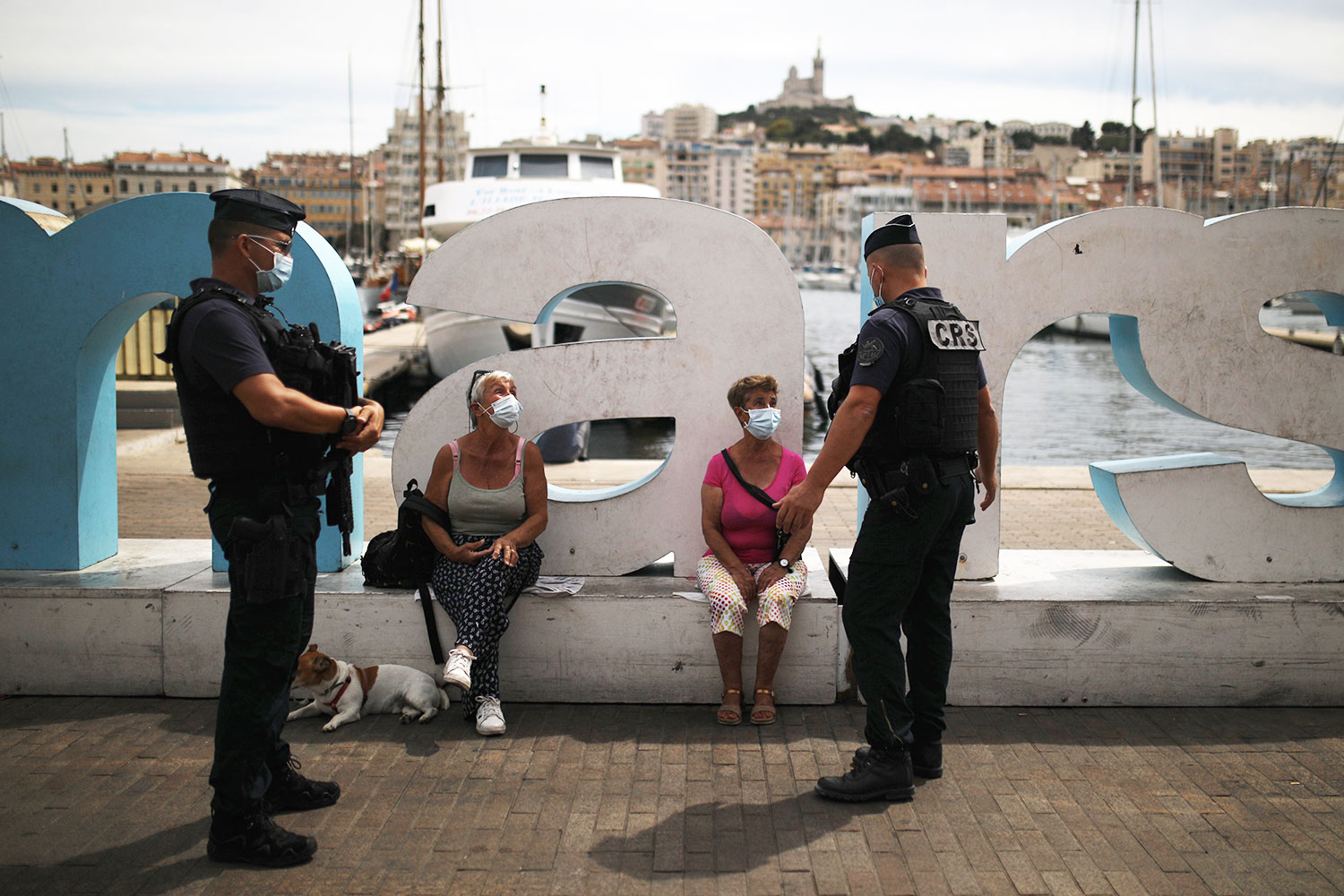 The move comes after the region expanded its outdoor mask reguations to include all farmers' markets and more towns and suburbs.

France has seen scattered incidents of violence by people refusing to wear masks since the crackdown was announced.

Infections have been rising across the country in recent days, with more than 3,000 new cases reported on Sunday.

It was one of the highest daily spikes since the hard-hit country lifted a strict two-month lockdown in May.

More than 30,400 people have already died from coronavirus in France, one of the highest death tolls in the world.

The UK introduced a mandatory quarantine for anyone returning from France on August 15 sparking travel chaos as hundreds of thousands of Brits tried to get back before it was in place.

French cops have also been working to stop a spate of secret raves which have attracted mobs of maskless youngsters. 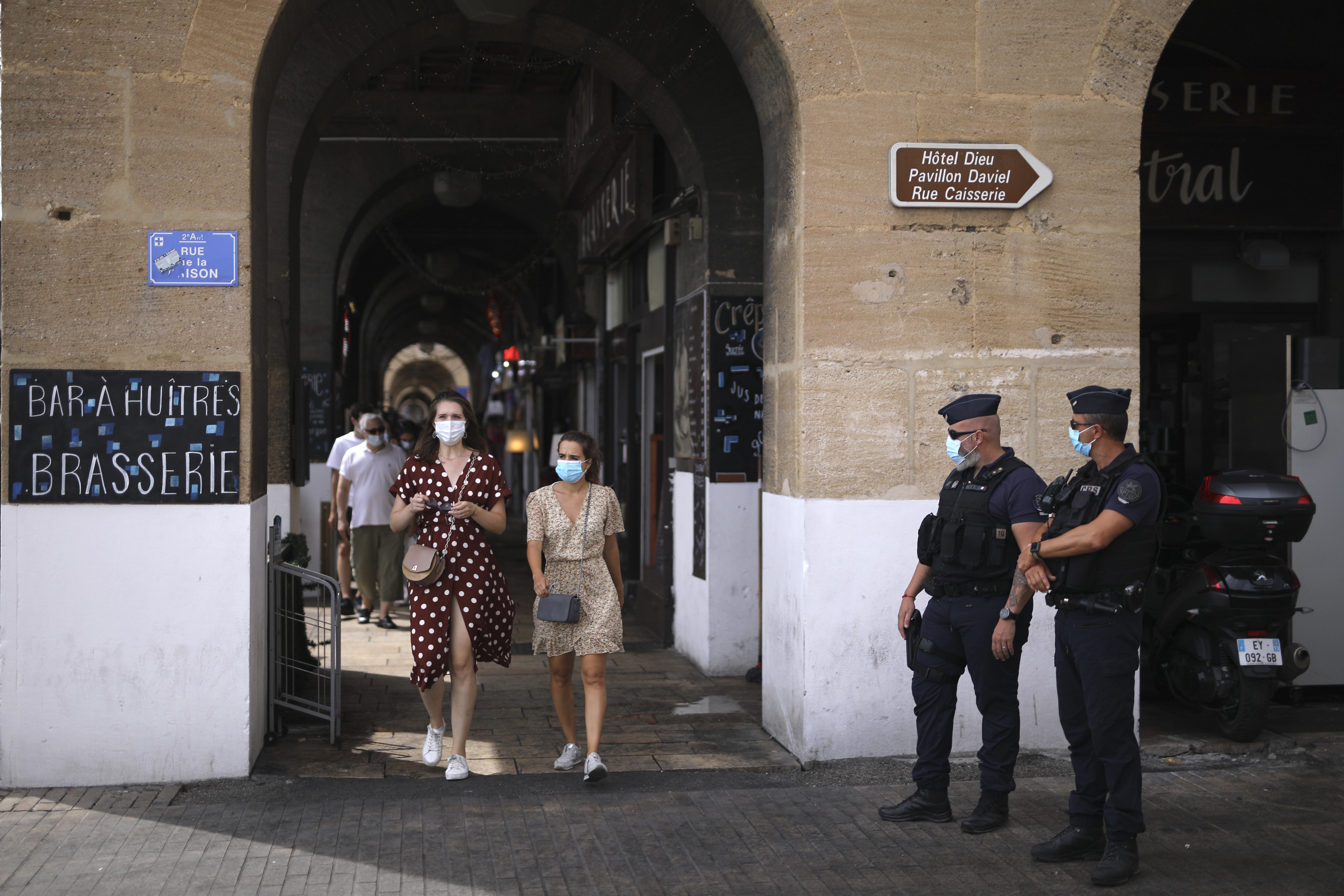 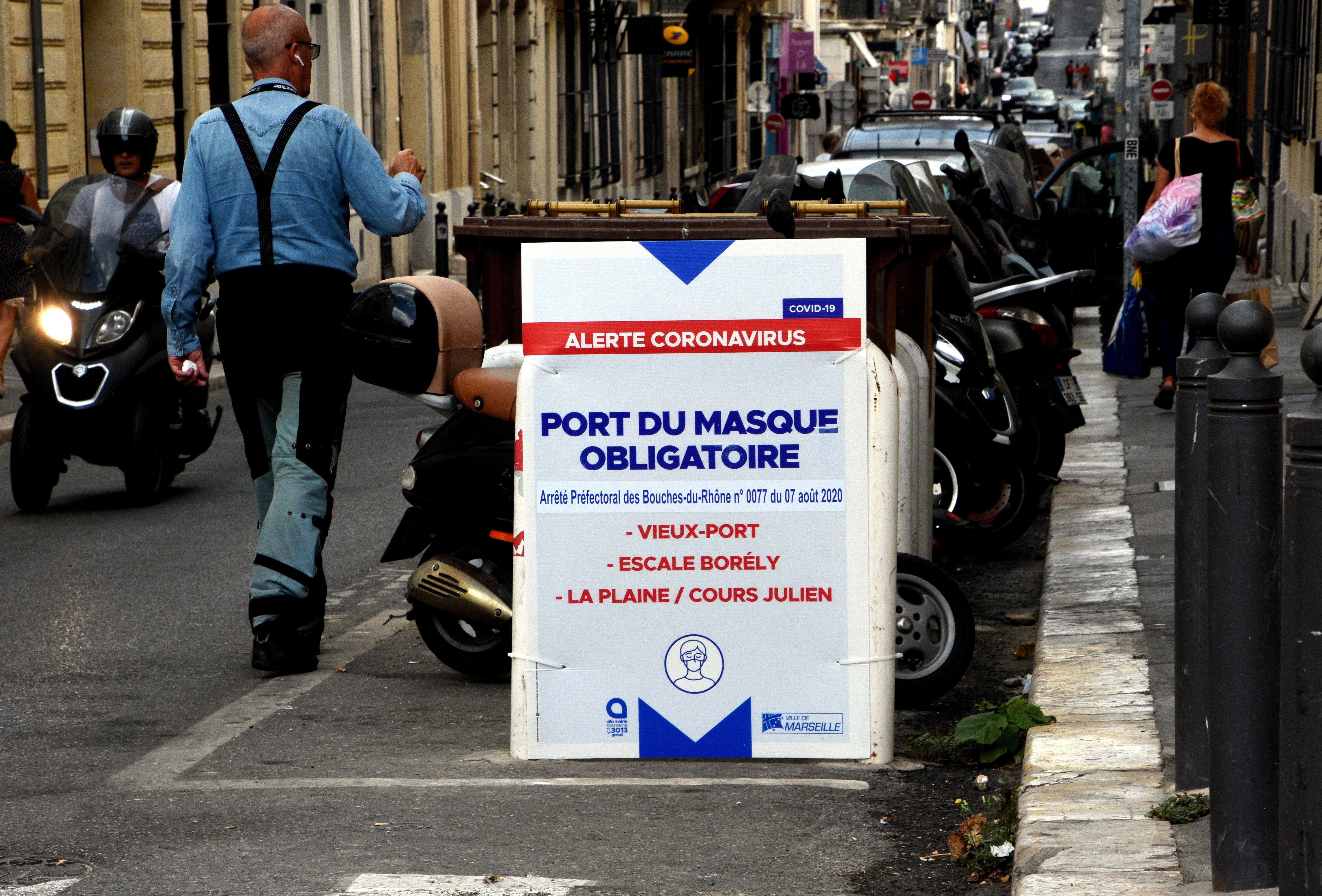 In the largest, 10,000 people spent the weekend at an illegal gathering in the Cévennes mountains in the south of the Massif Central range.

And several open-air parties attended by hundreds of people each were staged in fields and national parks on the edge of the Paris area at the weekend.

Last week it was revealed only Paris and Marseilles have major outbreaks while most of the country remains largely unaffected.

Local councils can now shut down bars and restaurants, close roads to traffic, and restrict access to buses and trams when needed.

At the weekend, three new cases of suspected coronavirus were revealed by French football giants Marseille.

Former Totttenham boss Andre Villas-Boas' side has now cancelled a friendly on Friday against Stuttgart of Germany as a precaution.

Dozens of Ligue 1 players from multiple clubs have tested positive for Covid-19 in recent weeks. 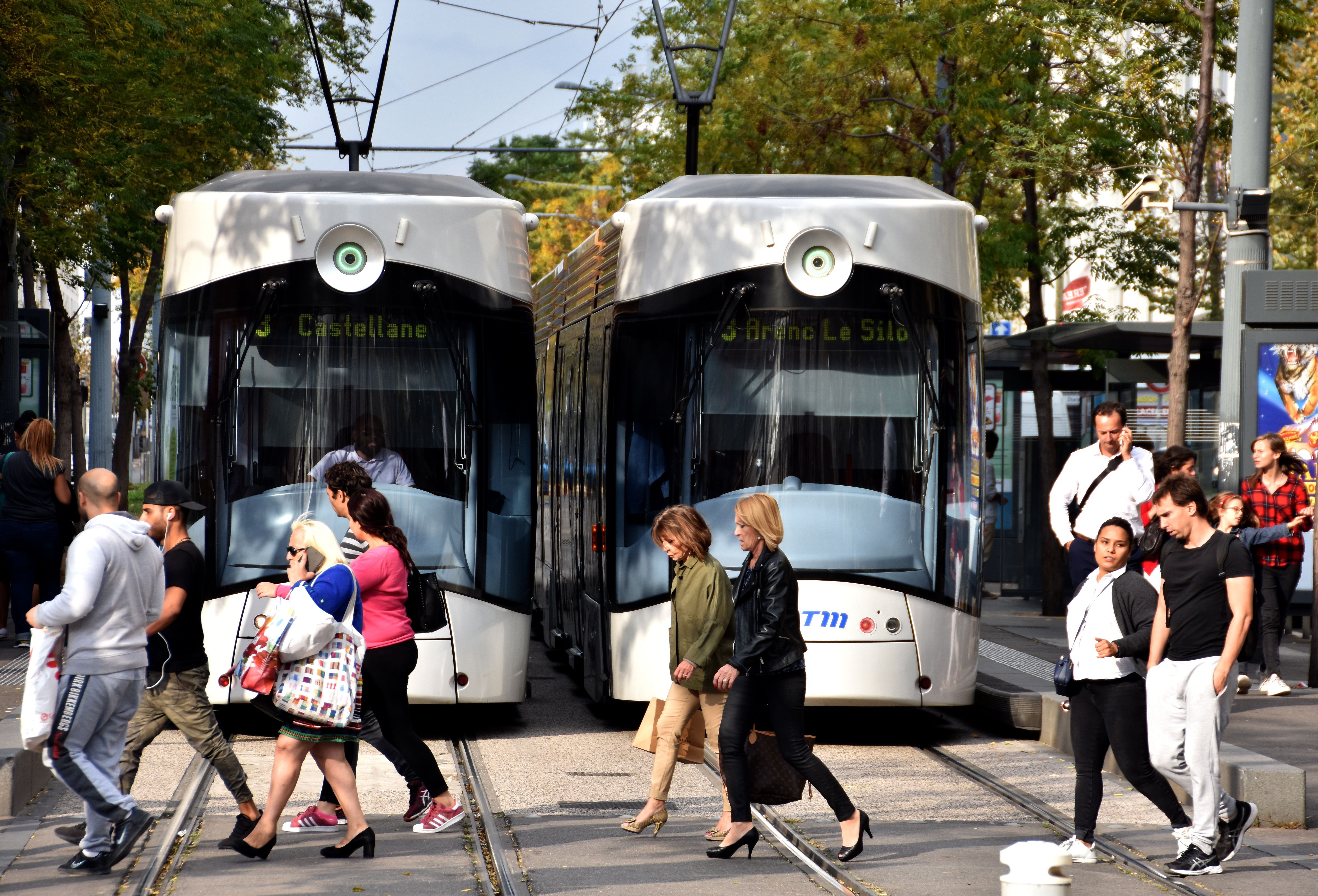 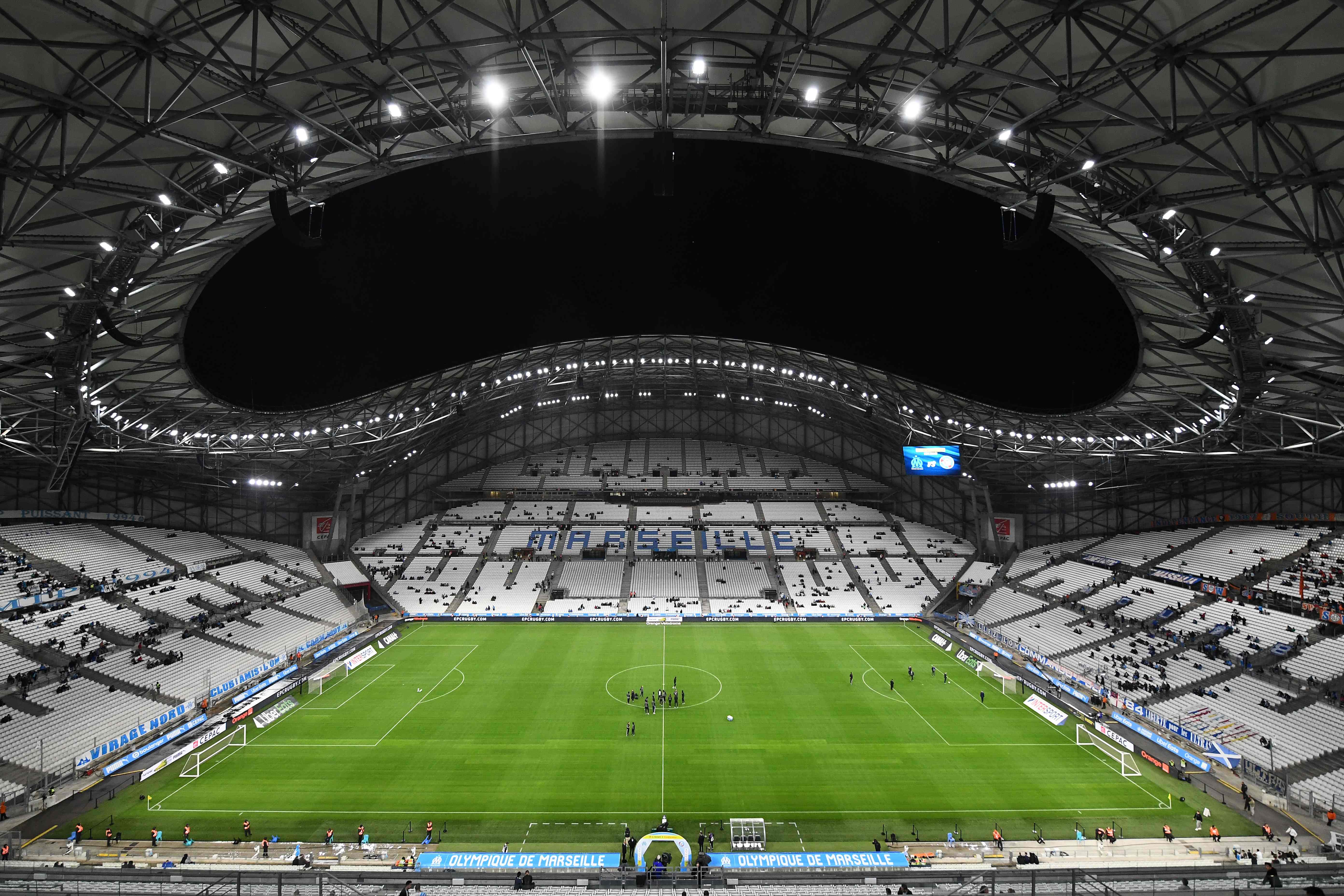 Face masks could soon also become compulsory at some business meetings and in other office activities in France.

President Macron's administration wants agreement on the measure before France returns to work and school in two weeks after the summer break.

Élisabeth Borne, the employment minister, said when she meets employers and unions she will propose compulsory masks in collective workspaces .

"A theme that appears in all scientific opinions is the value of wearing masks when there are several people in a confined space," she told le Journal du Dimanche.

At present they must be worn on public transport, in shops and all other indoor public places.

"The obligation to wear masks will apply in meeting rooms where there is no natural ventilation and in areas where people are moving about," Ms Borne said.

The government is also seeking expert advice on new measures to be applied in open-space working, where the present rules require four square metres of space around each person.

Transparent barriers could become a requirement, she said.

The police were out in force over the weekend issuing €135 on-the-spot fines to people failing to wear masks in dozens of cities and towns.

These include Paris where mask zones were greatly extended on Saturday to cover much of the centre of the capital.

The areas around the Louvre and the ChampsÉlysées are now included in the system, which has been slammed for being too complicated.