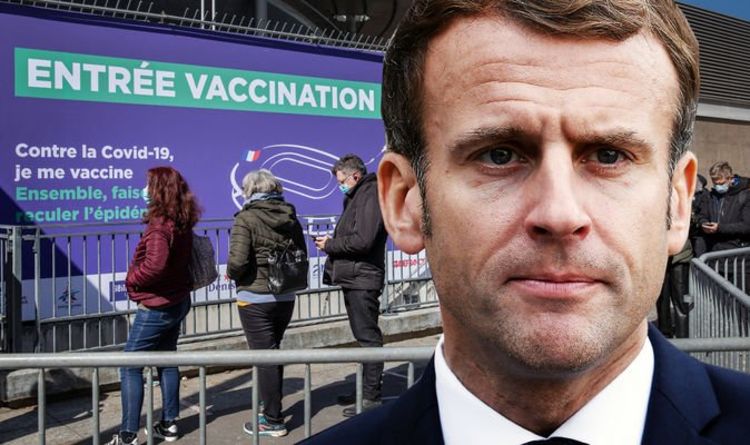 Omicron: Whitty warns of ‘two epidemics on top of one another’

As part of a tightening of rules to curb the spread of the coronavirus in France, anyone in the 65 plus age group who has not taken up the booster shot will see the QR code in their health pass automatically deactivated.

Without a valid health pass, which serves as proof of full vaccination against COVID-19, residents cannot enter restaurants, cafés, cinemas, museums, or inter-city trains, among other spaces.

Introduced last summer, the “passe sanitaire” initially sparked heated debate and protests across France. Now, though, it is widely regarded as a successful move in the battle against the pandemic as it encouraged vaccine sceptics to get their jab.

The booster is currently seen as a critical weapon in defeating the Omicron variant, which was first detected by South African researchers and reported to the World Health Organisation (WHO) on November 24.

Experts believe it could become prevalent in Europe in the next few weeks, with early data suggesting it can be resistant to vaccines and is more transmissible than the Delta variant.

Ursula von der Leyen told the EU Parliament on Tuesday: “If you look at the time it takes for new cases to double in number, it seems to be doubling every two or three days.

“By mid-January, we should expect Omicron to be the new dominant variant in Europe.”

France, where over 76 percent of people have been double-vaccinated, has already given nearly 16 million booster shots and is confident of reaching its target of 20 million before Christmas.

Now, however, with some 400,000 over 65s seemingly hesitant to take it, a tougher challenge awaits President Emmanuel Macron’s government.

From Wednesday, without the third dose of the vaccine, their freedoms are once again restricted – unless they show a negative Covid test that is a maximum of 24 hours old.

From January 15, this will expand to all age groups.

Meanwhile, children deemed at risk can be jabbed from Wednesday, with vaccinations also expected to be fully opened to the very young soon.

France on Tuesday reported over 63,400 positive Covid infections, the highest figure since April.

With currently close to 2,800 coronavirus patients in intensive care, the French government said on Wednesday it expected the number to “surpass 3,000 very rapidly to reach 4,000 around Christmas and New Year”.

Just 170 cases of Omicron have so far been reported in the country, a figure far lower than the UK’s 10,017 reported on Wednesday.

UK Health officials have also confirmed one death of a patient with the Omicron strain.

The Government has today urged the nation to be cautious, with Chief medical officer Chris Whitty saying people should decide what social contacts matter to them, and cut back on the ones that matter “much less” to them.