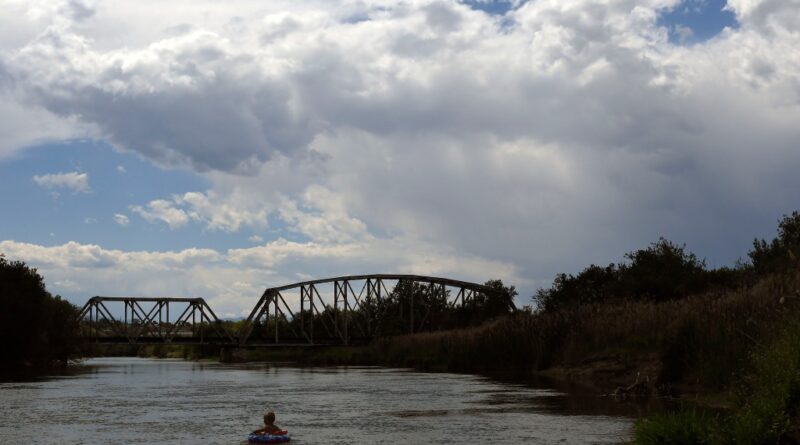 Colorado’s Court of Appeals has cleared the way for 80-year-old fisherman Roger Hill to fight for his right to fish in peace on his favorite stretch of the Arkansas River as it flows down from snow-packed mountains.

This court ruling also means any other Colorado resident who has been forced off a river, from the Animas to the Yampa, can go to court to protect public access. A three-judge panel unanimously rejected the position of Colorado’s government, which sided with landowners against Hill. Colorado allows private ownership of riverbeds while all other states treat rivers deemed “navigable” as public.

“I just like to get out on a clear stream and I enjoy watching the fish,” Hill said from his home in Colorado Springs, delighted at the decision in what he describes as a decade-long life mission.

“We’re going to get a chance to establish this as the law of Colorado – the freedom to wade in rivers, whether you fish or not, the freedom to have your feet on the bottom of a river,” he said. “It could open access to waters I am dying to fish if I live long enough.”

Back in August 2012, Mark Warsewa and Linda Joseph, owners of land adjacent to the Arkansas, ordered Hill off the river as he was catch-and-release fishing about five miles downstream from Cotopaxi where Texas Creek flows in and brown trout abound along with occasional rainbows, court records show. Hill’s initial complaint alleges Joseph threw baseball-sized rocks down on him to drive him away.

The appeals judges’ Jan. 27 ruling says state courts must decide river access cases depending on how rivers were used in 1876 when Colorado became a state.  That’s the “navigability at statehood” test, based on whether rivers could be used commercially in their ordinary condition, that the U.S. Supreme Court set for states in determining whether a riverbed can be private property.

In Hill’s case, Colorado Attorney General Phil Weiser contends only state authorities, not residents, can fight in court for public access to rivers. Weiser wrote in a July 21, 2021, letter to a concerned southwestern Colorado resident that allowing residents to press claims in court “would destabilize property rights throughout the state” and jeopardize “partnerships” state officials have negotiated with landowners that allow limited public access for fishing.

Weiser this week declined to comment on the appeals court ruling. “We’re reviewing the opinion and will determine next steps,” AG spokesman Lawrence Pacheco said.

State officials and the landowners still could petition the Colorado Supreme Court, before March 10, seeking a review.

For years, the matter of public access to rivers periodically has reached courts, including disputes over rafting on the Gunnision and Taylor rivers in western Colorado and kayaking on the South Platte through Cheesman Gorge southwest of Denver.

Hill in 2018 filed a lawsuit in federal court challenging Warsewa and Joseph after they forced him off Arkansas River. Colorado’s attorney general at the time, Republican Cynthia Kauffman, joined the case backing the landowners.

Since then, Hill and his attorneys — University of Colorado law professor Mark Squillace and Dillon-based attorney Alexander Hood — have fought in federal court and back to state court on procedural grounds, insisting that Hill should be able to be heard in a court.

Colorado appeals judges in their decision wrote that “if, as Hill alleges, the relevant segment of the river was navigable at statehood, then the Warsewa defendants do not own the riverbed and would have no right to exclude him from it by threats of physical violence or prosecution for trespass.”

Hill’s case is based on historical evidence that the Arkansas below Leadville was used for commerce around the time Colorado became a state, specifically the transport of beaver pelts, logs, and railroad ties down the river.

“We certainly cannot, at this early stage, know whether Hill will be able to establish that the river segment was navigable at statehood. But we cannot say it is not plausible,” the judges wrote.

Hill now is preparing for a state district court trial in Fremont County to decide the factual case.

“There are private landowners who have set up private fishing clubs on rivers. They make good money allowing people to fish on their supposedly private river beds. They don’t want the public to have the right to come in and fish on the rivers,” Squillace said.

Hill is a retired physicist who worked for defense contractors on nuclear missile development and in 1991 published a guide book for fishing along the South Platte. Colorado Trout Unlimited and Backcountry Hunters and Anglers have supported his stance.

Meantime, the Colorado Water Congress, an association of water professionals, backs the state along with landowners who claim riverbeds as their private property.

The appeals court has created “the potential for a storm of litigation,” said Steve Leonhardt, a water attorney who filed the CWC’s position in this case. “It’s a threat to property rights people have generally thought were settled for 150 years.”

Hill’s case will turn on an intense factual battle over “navigability” in 1876, and “floating logs and beaver pelts” shouldn’t be enough to satisfy the federal test, Leonhardt said.

“Colorado doesn’t have the kind of navigable waterways that other states do. For example, if people had to portage a stretch of a river at or before the time of statehood, that weighs against any finding of ‘navigability.’ ”

An attorney representing Warsewa didn’t respond to requests for comment. Since 2006, Warsewa has owned land adjacent to the Arkansas and claimed ownership of the riverbed, court records show.

Hill entered the river from public land nearby and waded to where it flows through the land.

“Whether or not Roger wins, the implications of this appeals court decision are vast. Now, anybody in the state who is being forced off a river by a private landowner can challenge that person in court. They can say: ‘You have no right to tell me I cannot be there because the river was navigable,’” Hood said. “The public now has a lever to pull.”

As Colorado’s population and outdoor recreation industry expand, future legal fights over access to rivers have emerged as a possibility. Gov. Jared Polis could set up a process for efficiently determining which stretches of rivers were “navigable” at statehood, Squillace said.

“What this ruling means is that, for the first time, Colorado courts will have to recognize that the public has access to all navigable streams in Colorado. And it would be crazy to have to go and litigate to establish the navigability of every river,” he said. “Let’s set up a state commission and figure this out.”