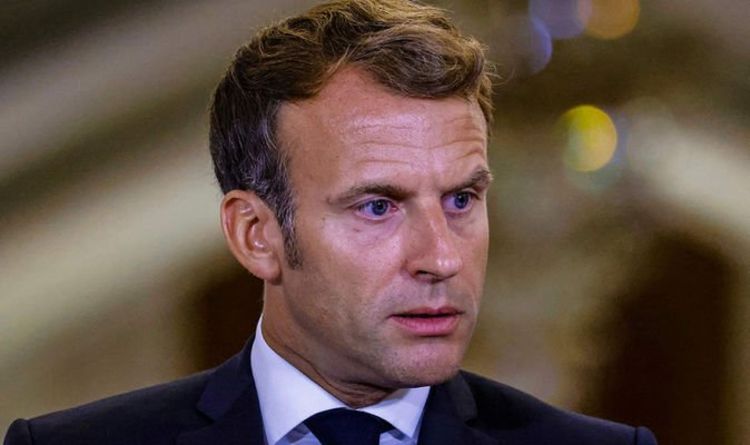 France was the one that wrecked the submarine deal, not Australia, according to a former UK special advisor Lauren McEvatt. Earlier this week, Canberra cancelled a deal worth more than £30bn with France’s Naval Group to build a fleet of submarines. Instead, Australia pursued a security alliance with the US and UK with a deal to acquire nuclear-powered vessels.

On Friday, France recalled its ambassadors to Australia and the US in protest over the new pact.

There were claims of “betrayal” and “treason” from French politicians, while the country’s EU minister said the cancellation put Europe’s trade negotiations with Australia at risk.

Ms McEvatt told talkRADIO that “it was a stunning overreaction from France”.

The former special adviser pointed to the lack of any concrete legal action from France in the wake of the scrapped deal, despite the tough talk and bluster from the French.

JUST IN: Aussie PM rebukes Macron’s claims amid war of words with France

Ms McEvatt explained: “The biggest result from this announcement is how badly the French have taken it.

“This is a stunning overreaction from France on several levels. Not just recalling ambassadors from Washington and Canberra.

“But also in actively stating they weren’t recalling the ambassador in London because obviously the UK was just some fifth wheel or a bit-part player.

“The whole thing is being treated so ludicrously by the French.

“The understanding from Australia is that the whole deal was over budget, over-promising what they could deliver in relation to these submarines.

“If the French are not taking legal action, or demanding financial compensation, for a contract that has been backed away from, that means the Australians had a break clause in the agreement if the French failed to deliver on something.

“It looks very likely that, since France is not talking about suing the pants off Australia, they did something in relation to this contract that means Australia was allowed to walk away.

“It is a gross failure of French intelligence because the ambassadors in two capitals had no idea this was coming. That was the real reason they have been recalled to Paris.

“They will receive the biggest telling off of their careers while the French try to collect what is left of their dignity and clothing and work out what has gone on.”

Australian politicians echoed this line of argument, with one senator Rex Patrick telling Sky News Australia that the submarine deal should have been scrapped months ago.

He said: “It was a project that was $40 billion over budget, it was running late.

“It was likely to not deliver us a regionally superior submarine and it certainly wasn’t meeting industry expectations.

“My only regret in this decision is that it has taken so long to get to this place.”