France’s Marine Le Pen distances herself from Steve Bannon, saying only Europeans can ‘save Europe’ from being controlled by Brussels, not Americans

French far-right leader Marine Le Pen has distanced herself from former White House strategist Steve Bannon, saying only Europeans will ‘save the continent’.

At a meeting in Rome today Ms Le Pen said she wanted to clarify ‘lots of conjecture’ about Mr Bannon’s reported plans to set up a foundation, The Movement, to boost far-right parties in Europe.

Ms Le Pen said Mr Bannon, who has been seen as the mastermind behind Donald Trump’s rise to power, is not European, but an American who wants to create a think-tank. 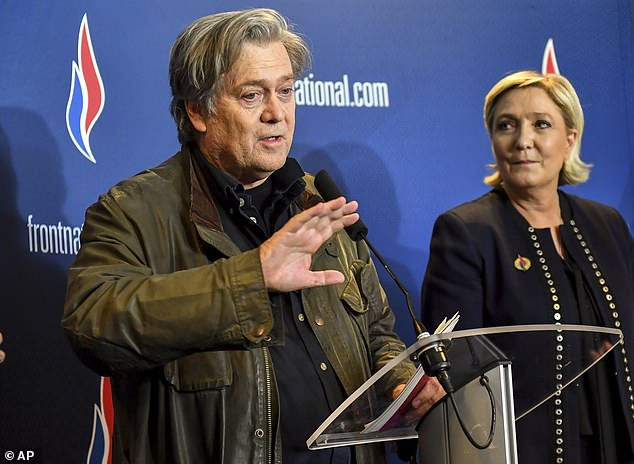 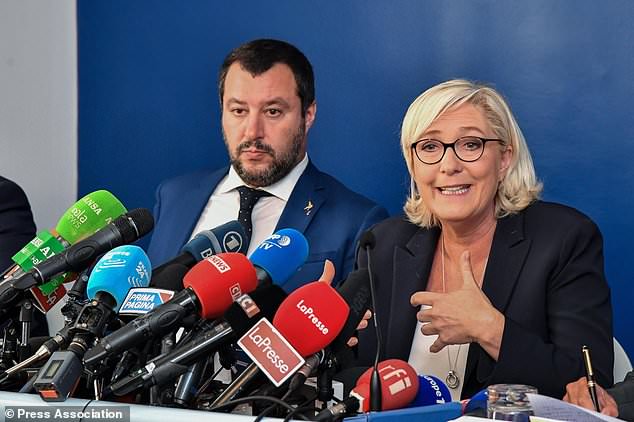 She was speaking with right-wing Italian Interior Minister Matteo Salvini by her side, who applauded at Le Pen’s words.

Le Pen added: ‘So that things are extremely clear on this subject.’

Le Pen’s distancing was significant given Bannon has been making the rounds in Europe of late as part of his push for a trans-national, anti-European Union movement.

The Front National leader was in Rome to join Salvini at a union conference where they showed a united front before the European Parliament election in May.

Last month, Bannon appeared at a rally in Rome organised by a small far-right Italian opposition party, Brothers of Italy, where he heaped praise on Italy’s populist, 5-Star-League government, and he was in Rome for the election on March 4 that brought them to power. 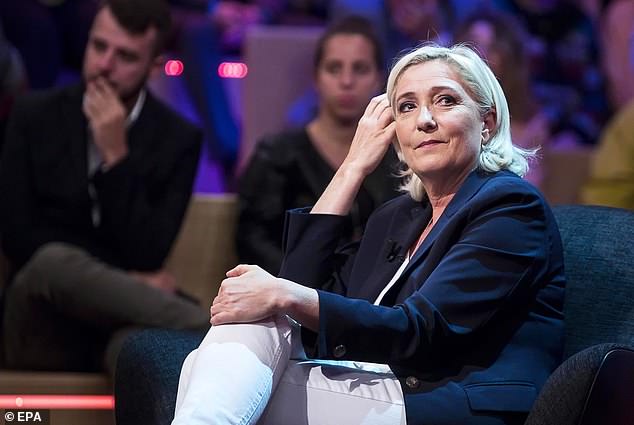 While he didn’t appear with Salvini, who spoke at the rally earlier in the day, the two have met and Salvini has purportedly signed onto The Movement, according to one of its proponents, Belgian politician Mischael Modrikamen.

In March, Bannon spoke at Le Pen’s National Front party congress, which had been aimed at remaking the far-right party’s image after it suffered a crushing defeat to the pro-globalisation forces that brought Emmanuel Macron to the French presidency.

As part of the makeover, Le Pen changed the party name to National Rally.

Some in France had warned that Bannon’s support could threaten Le Pen’s efforts to cleanse the party of its racist stigma.

Bannon had praised the extreme version of the National Front embodied by Le Pen’s more hard-line niece and rival, calling her one of the most important people in the world.

On Friday one of Marine Le Pen’s daughters and her cousin were beaten up by two men at a student party in Paris.

At this stage, it is unclear if the assault is linked to Le Pen as the two alleged attackers are not thought to have known that the 19-year-old woman was her daughter.