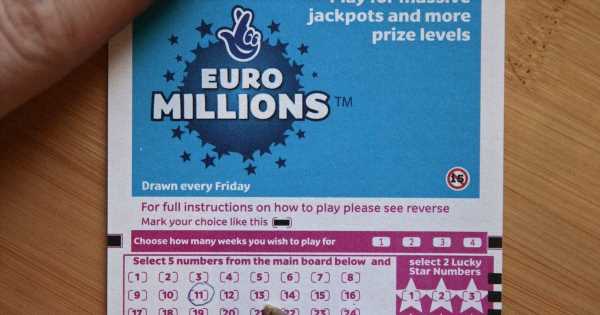 It's bad news for us Brits, as a French player won the largest EuroMillions jackpot in the lottery's history on Friday night.

A French ticket-holder has won the record-breaking £184 million jackpot, the National Lottery has said.

Had a Brit scooped the prize, they would have become richer than Adele, who is worth £130 million according to the latest Sunday Times Rich list.

Once claimed, they would have been richer than Coldplay frontman Chris Martin, worth £125 million, but would still have lagged a bit behind his fellow hitmaker Ed Sheeran, who is worth a reported £220 million.

They would also have taken over first place on the UK's Lottery rich list, knocking the anonymous winner of a huge £172 million jackpot in 2019, into second on the list.

It was reported that Chris and Colin set up the Weir Charitable Trust and made a staggering donation to a community football club in Largs, Scotland.

Unless the winner of a major National Lottery prize opts to take publicity and signs an agreement to that effect, no further information will be released about their gain.

To stay up to date with all the latest news from the Daily Star, sign up to one of our free newsletters by clicking here.