The French President unveiled his "la regle c'est six maximum" or "the rule is six maximum" slogan as he slapped a 9pm curfew on Paris and other cities. 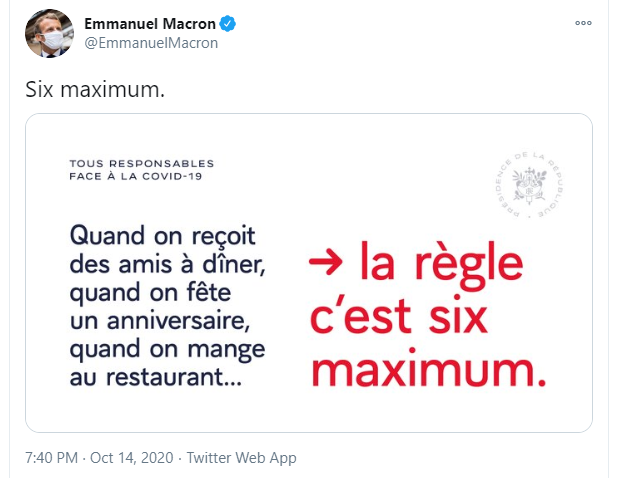 In a long prime time TV address to the French people on Wednesday night, Mr Macron said: "When we invite friends to the house we shouldn't be more than six round the table.”

"In restaurants, we say no more than six people around the table," he added. “As a maximum, in our private lives, we need to do this."

But eagle-eyed Brits quickly spotted it was a direct rip off of the British "rule of six" that Mr Johnson introduced last month to outlaws big groups meeting up.

OOPS, HE DID IT AGAIN

And it’s not the first time Mr Macron has turned to Britain for inspiration for his virus tackling measures.

In May, after Downing Street downgraded their order to Brits from “stay at home” to “stay alert”, the French copied that too. 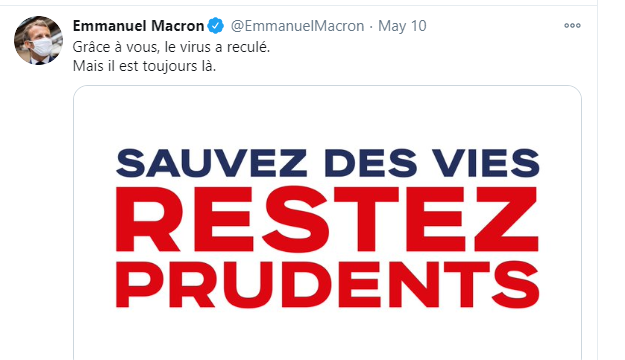 At the time Mr Johnson was widely criticised for the confusing slogan, but said he was “interested” to see that the French government adopt it shortly after.

And after quoting the French version of the slogan, he added: “Which is, as I’m sure everybody knows, roughly the same sort of thing as our message and I think it’s the right way to go.”

Zac Efron ‘Is Crazy About’ New Girlfriend Vanessa Valladares: He ‘Can’t Wait’ For Her To Meet His Family

Kanye West Got Kim Kardashian A Hologram Of Her Late Father Robert Kardashian For Her Birthday! Magical Or Creepy??
World News