‘It was like a washing machine’: Friends of student who drowned at a popular tourist spot recall the harrowing moment they were swept away by rapids – as chilling photo reveals her final moments

Friends of a university student who drowned at a popular tourist spot 18 months ago have described the horrifying moment they were swept away by rapids whilst on a road trip in New Zealand.

Rachael De Jong, 21, was swimming with friends at Waikato River on their way back to Auckland in February last year when she was swept to her death after dam gates of the Aratiatia Power Station further upstream opened.

The physiotherapy student at Auckland University of Technology was seen taking photos with four of her friends reportedly holding selfie sticks just minutes before the water began to rise. 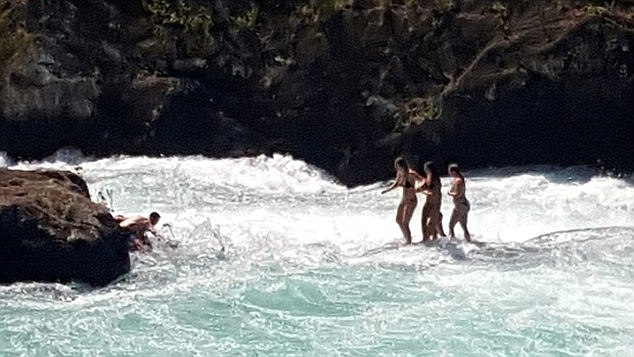 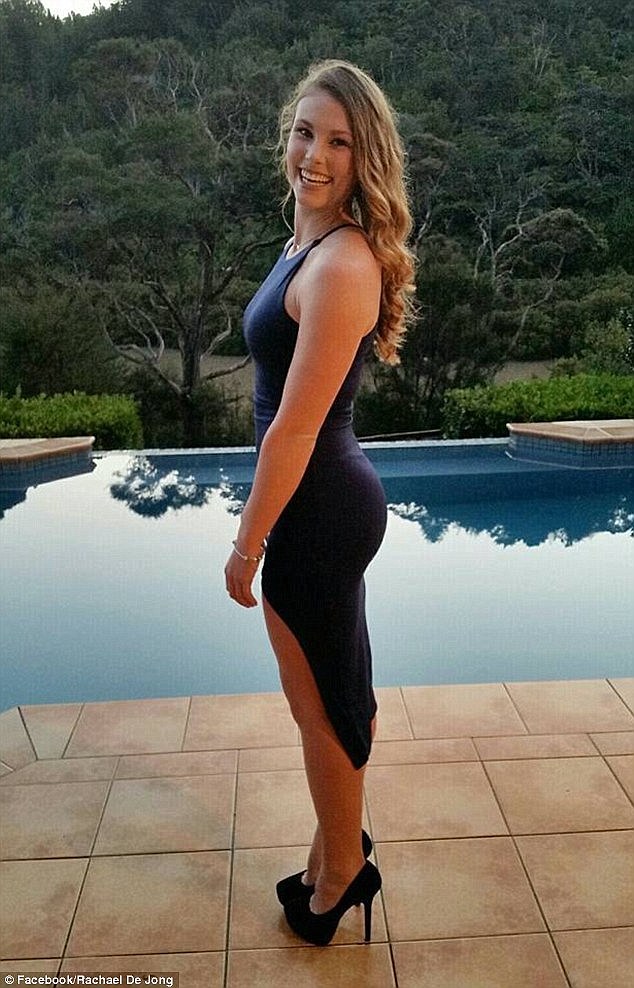 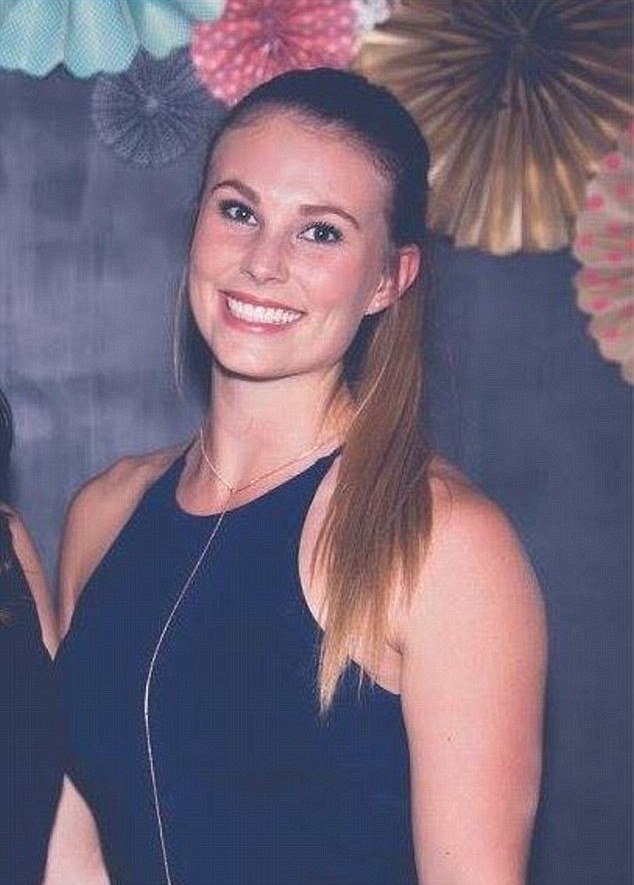 Rachael (pictured) had attended a Flochella concert on the evening before her death. The girls decided to stop at Waikato River before making their way back up to Auckland

The group clambered on to a rock in the middle of the rapids in a bid to stay safe from the rising water, but they quickly became stuck.

Her friends who she was travelling with have since opened up about the devastating incident.

Rachael had been travelling with a group of girls including fellow physiotherapy student Maddie, her friend Gemma and sisters Alice and Michaela.

They had attended a Flochella concert on Lake Tikitapu in Rotorua and were driving back to their home in Auckland before deciding to stop for a dip at the beautiful Waikato River.

They were joined by two police officers who were friends of Maddie’s sister, Sam and Rhys.

In a video that has not been released to the public at the wish of Rachael’s father, the girls can be seen fighting for their lives after an unexpected rise in water cut them off from the riverbank and left them stranded.

‘We thought we were going to be OK on the rock,’ Gemma told police.

‘But that’s when the water started coming up hard and fast.’

Sam and Rhys had climbed up higher rock to safety but the girls were left stranded on a lower rock. 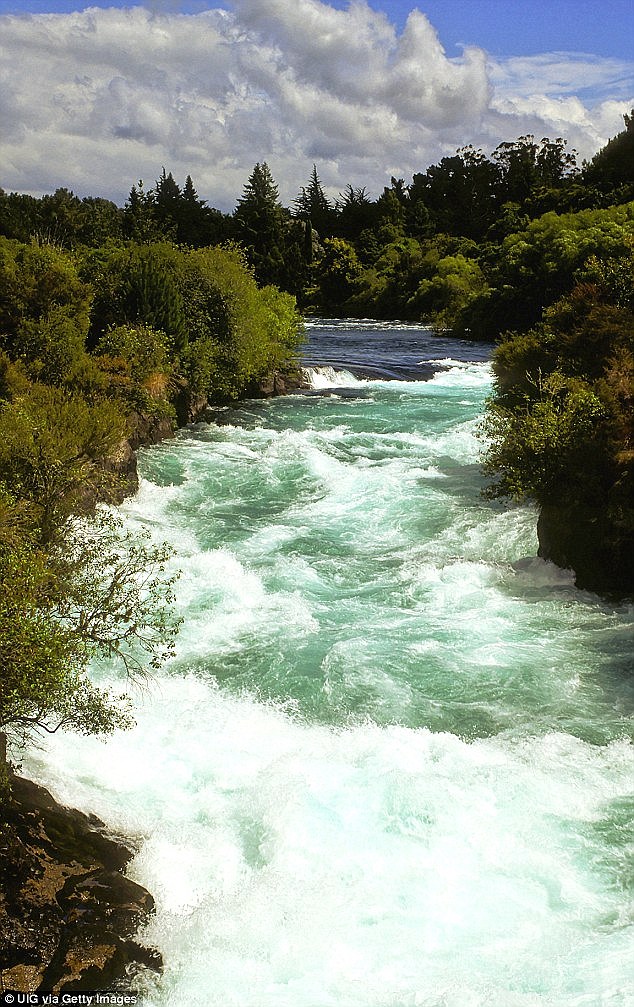 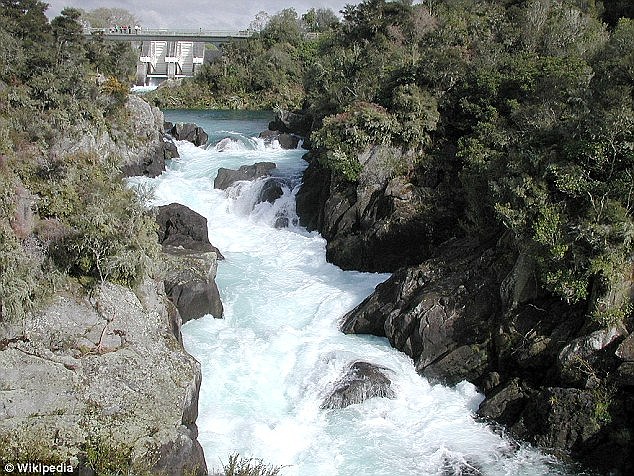 The council have put up extra safety precautions since Rachael drowned, including a steel fence

They were forced to wade across the rapids. Rhys attempted to reach Michaela but she slipped out of his grasp and both were swept down the river.

‘It felt like a washing machine, I had no control and I was running out of breath and I thought that was it, to be honest,’ Rhys told police.

Alice and Rachael were also swept away by the water. Rachael was later pronounced dead by drowning.

Waikato Regional Council who is responsible for the dam told Daily Mail Australia that Rachael’s death was a ‘tragedy’.

They also said that they had met ‘several times’ with Mercury and the Department of Conservation (DOC) in the immediate aftermath of the incident to identify what could be done better to prevent such deaths in the future.

They told Daily Mail Australia that new safety precautions have been put in place in the area, including fencing and signage.

‘The steel fence, in particular, has made it all but impossible to access the pool. The new graphic signage has been designed to stop people from entering the water,’ a spokeswoman for the council said.

‘Our staff have supported and attended school assemblies where presentations have been given to high school students talking to the dangers of swimming in the river, and why Aratiatia should be avoided.’

The grieving father of the university student has seen harrowing footage of his daughter’s final moments alive captured on video.

These were not ‘silly girls taking selfies,’ he told the NZ Herald.

The Aratiatia Rapids are flooded by water from the Aratiatia Dam four times a day in summer and three times a day in winter for 15 minutes. Thousands of litres of rushing water create a spectacle popular with tourists visiting Taupo.

Daily Mail Australia has reached out to Mercury Energy who is responsible for the operation of the dam for comment. 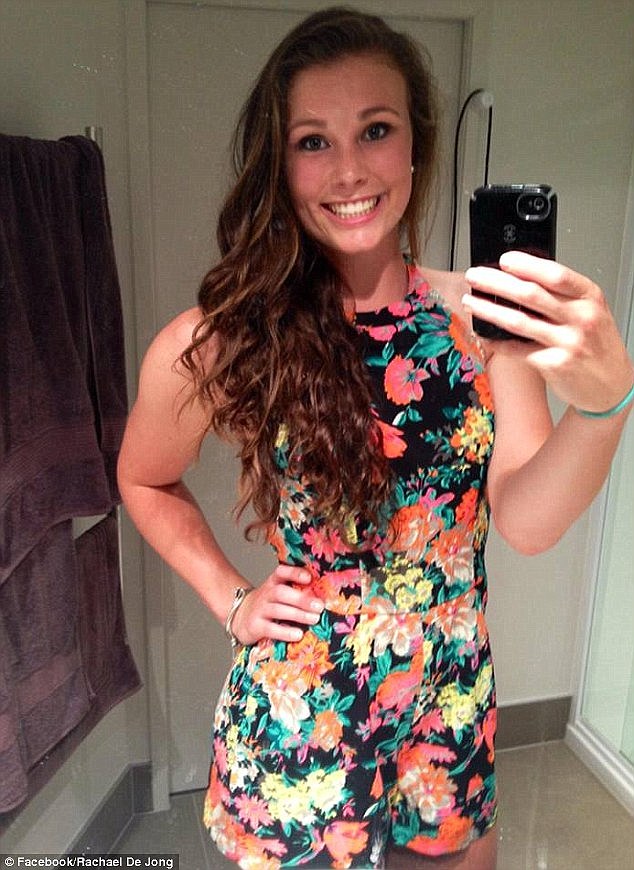