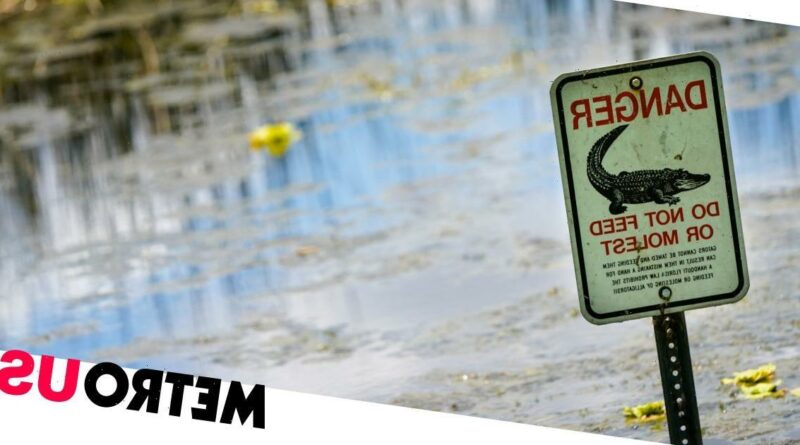 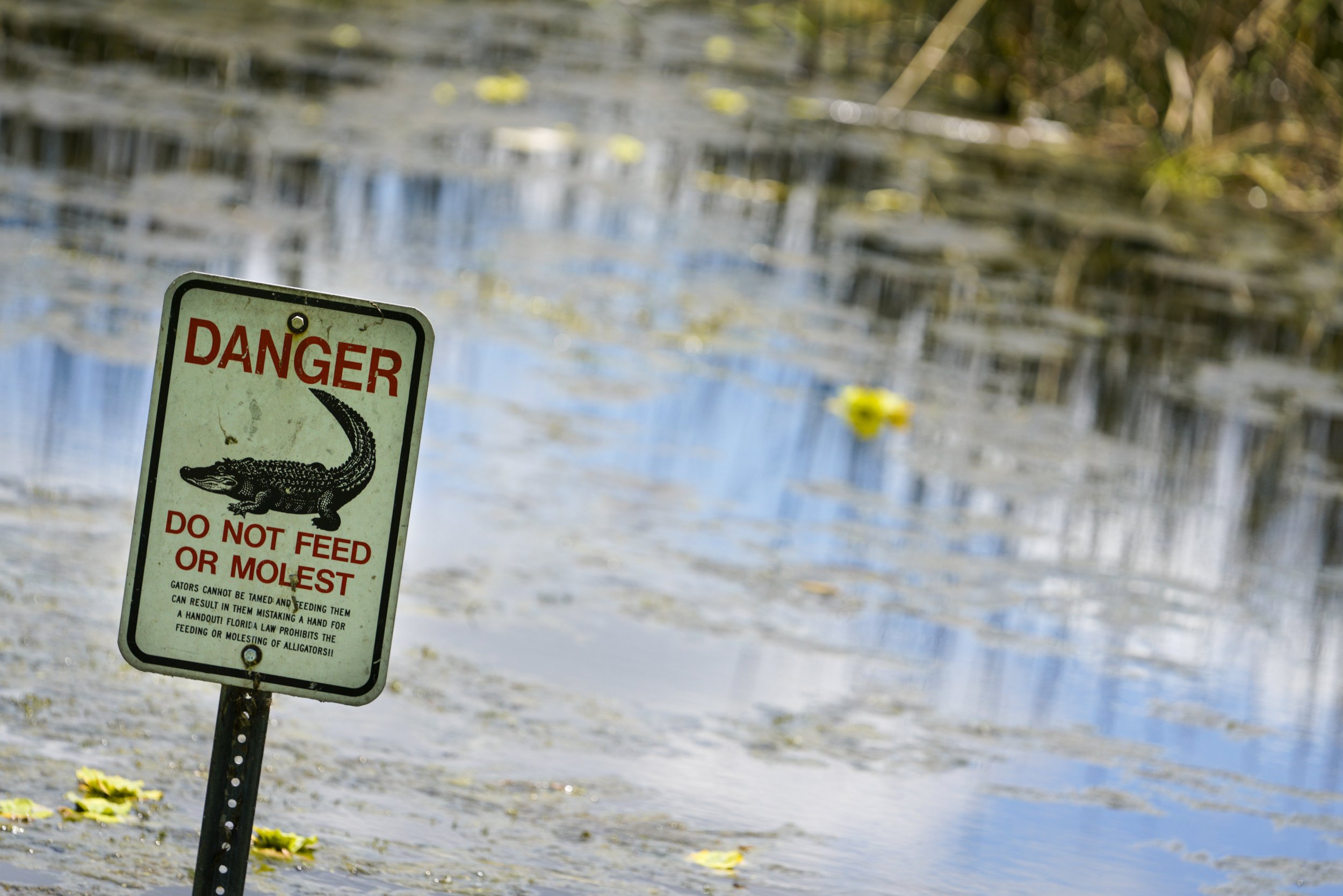 A man has died in a suspected alligator attack as he searched for frisbees in a lake.

The 47-year-old man was found dead in the water at the disc golf course in Largo, Florida, where ‘danger’ signs warn people of the massive reptiles.

‘At this time, detectives believe the victim was looking for frisbees in the water and a gator was involved,’ Largo police said.

‘There are posted signs of no swimming in the lake.’

A specialist is now attempting to remove an alligator from the lake to determine if it was involved in the death.

If confirmed, it will be the first fatal alligator attack in Florida since 2019, although people and animals have been bitten from time to time.

Regular players at the Taylor Park course said it’s not unusual to see someone looking for lost discs to sell for a few dollars.

‘These are people that are down on their luck,’ Ken Hostnick, 56, told the Tampa Bay Times.

Advertising itself online, the disc course says visitors can ‘discover the sport of disc golf on a course set in the natural beauty of this park.’

Detectives are now telling people to avoid the lake, which straddles the course, while their investigation continues.

Wildlife officials stress no one should approach a wild alligator or feed them because they will then associate people with food.

This can be more problematic in populated areas where people walk dogs and have small children.

Alligators were once considered endangered animals in Florida but have since flourished and can be found almost anywhere where there is water.

They mainly feed on fish, turtles, snakes and small mammals, but are opportunistic predators that will eat just about anything.