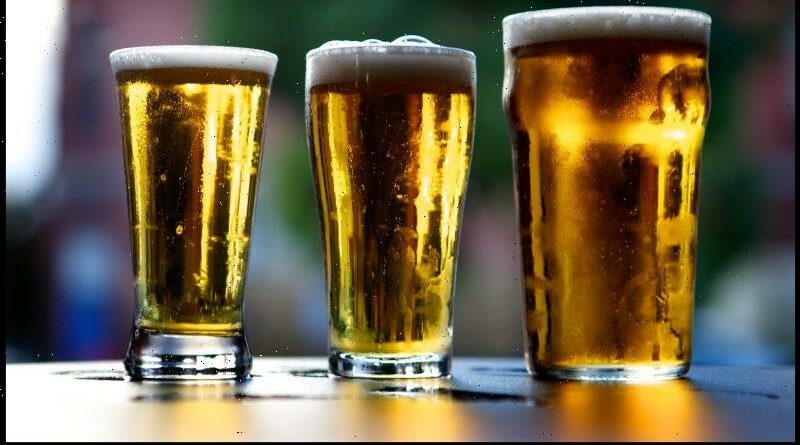 Christmas 1947 Victoria faced the unthinkable – the possibility of a festive season with little or no beer. The plus side of the shortage was that ambulances, hospitals and police experienced quiet weekends. Chief reasons put forward for this were: With the beer shortage, fewer parties were held on Saturday nights and a shortage of petrol kept private motorists at home. Apart from the drop in accidents, there was also a general decrease in weekend crime. After a dry Christmas, there was worse to come. The Age reported on December 30 that hotels would be open on New Year’s Day — if they had beer.

Beer Sales Only One Hour Daily 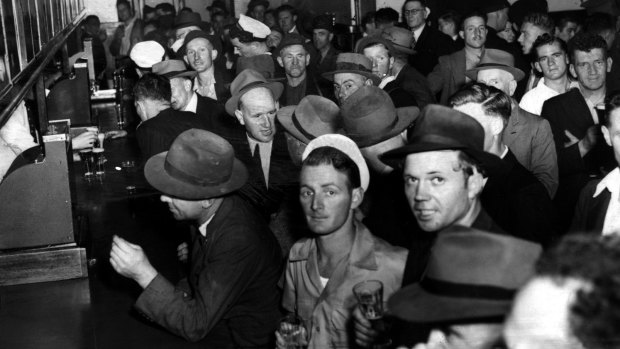 Six o’clock closing and the mad rush at the bar for final drinks.

Beer will be sold in Melbourne hotels for only one hour a day as from to-day. In most cases it will be between 5 and 6 p.m.

This was announced yesterday by the president of the Licensed Victuallers’ Association (Mr. H. S. Gleeson).

The new hours follow a 40 per cent. cut in bulk beer supplies by Carlton and United Breweries Limited as a result of the recent dispute in the malt industry. The dispute was settled yesterday.

The State executive of the Waterside Workers’ Federation will meet to-morrow to decide whether to boycott loading of inter-State shipments of beer.

The general manager of Carlton and United Breweries (Mr. Millea) said: “As the company is living on a day to day supply of malt from maltsters, it cannot brew any more beer before December 13. Beer now maturing in the vats has to be spread to cover the 11 days lost” (in the dispute).

Mr. Millea said that because it took 11 days to turn barley into malt, new deliveries of malt could not be expected before December 13. The nature of the reduction in bottled beer was not yet certain. It would depend on the supply of bottles available.

He added that maltsters had ceased “laying down barley” when malt industry employes first gave their employers seven days’ notice of ceasing work. His company now had to wait until the first new batch of malt had been delivered to the breweries. 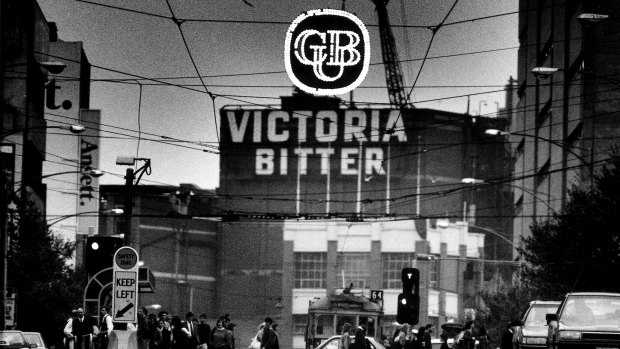 The Carlton & United Breweries site at the top of Swanston street.Credit:Mark Wilson

Mr. Gleeson explained that the 40 per cent. bulk beer cut was on November supplies, which were in turn 10 per cent. less than the September issue. He called on hotel licensees to accept his statement as “official notification with immediate effect.”

Having obtained a satisfactory settlement of the maltsers’ dispute, the Liquor Trades Union will now press claims for increased wages for other members of the union employed in breweries.

Yesterday’s stop-work meeting of maltsters accepted the wage rises granted by Conciliation Commissioner Morrison at a compulsory conference on Monday.

After commencing work at the usual time yesterday morning, malthouse workers left to attend the stop-work meeting at the Trades Hall at 10 a.m., and resumed work about later.