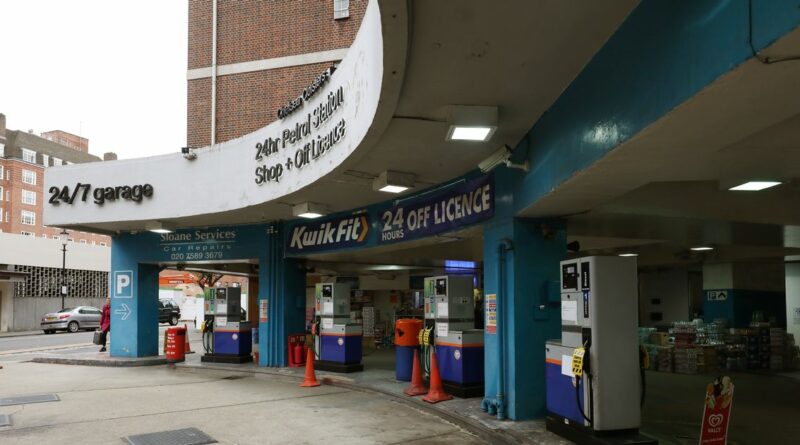 A Chelsea petrol station has started charging an "eye-watering" £2.68 per litre amid the fuel crisis gripping the country.

Fuel stations across the UK have been forced to close as pumps run dry, due to motorists panic buying fuel over fears of lorry driver shortages.

This has particularly become a “really big problem” in London and the South East according to Petrol Retailers Association (PRA), which represents roughly 5,500 of the UK's 8,300 petrol station.

Meanwhile, some stations have introduced spending limits of £30 in a bid to beat the shortages.

All week, there have been reports of lengthy queues of drivers outside petrol stations desperate to get their hands on fuel, and as a result, fuel prices have soared.

Today the Cloisters Gulf Petrol station in Sloane Avenue in London has run dry despite selling unleaded petrol for £2.68 per litre and £2.93 for super unleaded.

Responding to the 'eyewatering' price, one person tweeted: “This is ridiculous. How greedy. Well, there will be plenty of fuel soon because no one will be able to afford it.

"Fuel shortages getting WORSE in some areas as one petrol station charging eye-watering £2.67 per litre.”

A second person added: “Price gouging is alive and kicking at @GulfOilIntl at Chelsea Cloisters, London. £2.67 per litre – how cynical can you get?”

Meanwhile, on Facebook, one person posted how the station has found a "captive audience" and described it as an option only for those who have "no other choice".

It comes despite Health Secretary Sajid Javid claiming the situation was “stabilising” in most parts of the UK.

However, Brain Madderson, Chairman of the PRA, has said in London and the South East fuel shortages continue to be a “really big problem”.

Speaking on BBC Radio 4’s Today Programme, he said: "In London and the South East and possibly parts of eastern England, if anything it had got worse.

“We do need a prioritisation of deliveries to filling stations – particularly the independent ones which are the neighbourhood retail sites – in London and the south-east starting immediately.”

Keep up to date with all the latest news stories. by signing up to one of Daily Star's free newsletters here.