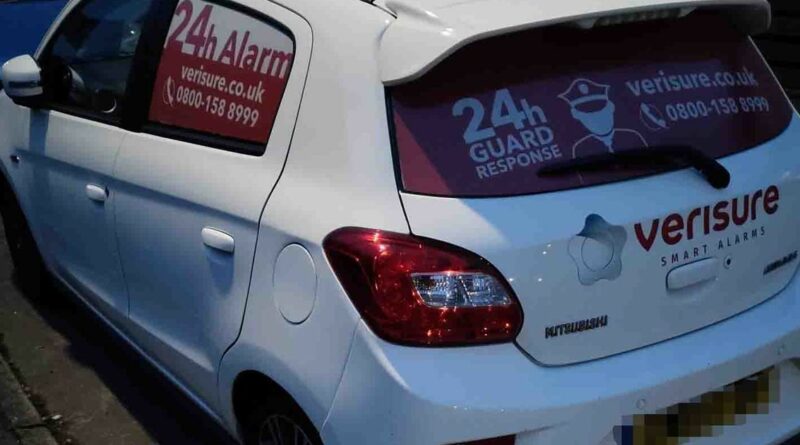 A man was left fuming at a security firm that left a van parked over his drive for two months.

Aaron Moison hit out at Verisure after one of their cars was abandoned in front of his property in Cowie, Stirling, Scotland.

Complete with the home security firm’s logos, the vehicle caused the 34-year-old eight weeks of hassle getting in and out of his driveway.

Mr Moison had been locked in a frustrating back and forth with the company's customer service team, having first contacted them to move the Mitsubishi car on September 14.

The car was reportedly moved when local paper, the Observer, contacted the firm.

In the two months it was seemingly left outside Mr Moison’s home he says the vehicle hadn’t moved with no one coming to or from the car.

Mr Moison also stressed that he didn’t know anyone in the street who worked for Verisure.

He told the Observer: “I could still get in and out of the driveway so it wasn’t totally the end of the world but it was a pain to have to reverse park beyond it and it just takes that extra bit of time.

“But when you’ve got two children in the back unhappy after a long journey, it’s an extra thing to pay attention to and it’s just a bit of an annoyance and hindrance to me.

“I’m more annoyed that it’s quite a simple thing to ask a company of that size and while I understand that the customer service team don’t keep track of these things, you’d expect them to have a better understanding of their equipment and cars sitting somewhere for close to two months."

In a response from Verisure on October 13, a member of their customer service team said she is “very sorry” that the issue hasn’t been resolved despite efforts to chase it up and says the issue has been “escalated” to management to be dealt with by the local branch.