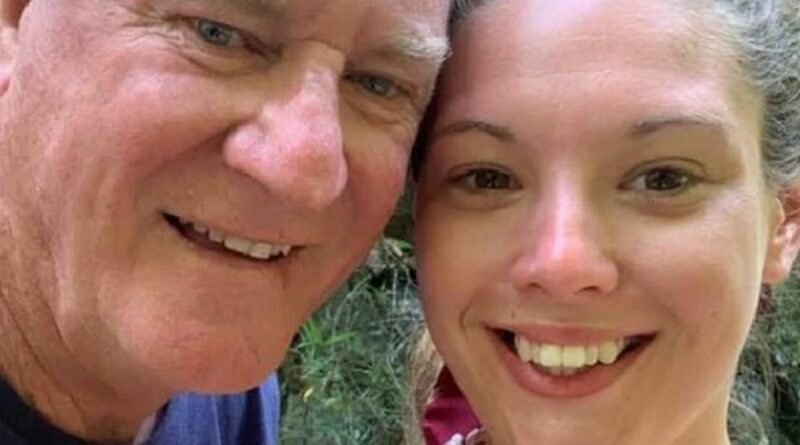 A man's speech that he used to describe his fiancée at her funeral created such an uproar that her mother stepped in and demanded he stop speaking.

Court clerk Ashleigh Petrie, 23, was engaged to a high profile Victorian magistrate Rod Higgins, 68. Last October, Petrie died after she was hit by a car in eastern Victoria.

At her funeral in Werribee, in Melbourne's west, Higgins described this period as 'the saddest time of his life'.

He praised Ashleigh for her 'zest of life' and for being 'externally as attractive as a woman could possibly be.'

However, the speech took a shocking turn when Higgins began to talk about how she struggled with mental health and mentioned that she was on medication for chemical imbalances in her brain.

Then he went to talk about how her depression intensified her 'shortcomings', which forced Petrie's angry mother to interrupt.

His relationship with Ms Petrie was previously the cause of controversy when it was revealed that Mr Higgins argued for and received $180,000 super and life insurance payout from his fiancée after her death.

Despite earning $324,000 himself annually as a magistrate, Mr Higgins reportedly started inquiring to collect her life insurance less than 24 hours after she died.

Ashleigh had bequeathed her entire savings and life insurance to her mother, but Mr Higgins successfully argued that her 'dependent', he was entitled to her super payout upon her death.

'Here's a guy earning a hell of a lot of money and is about to retire on a huge pension,' said Mr Gowty.

'And you've got a grieving mother with very little. I don't know what to say. I don't think it's the right thing. It's horrendous to see. It just keeps going.

'I know her mother very well and she's a grieving mother. I've maintained a close relationship with the mother and brother since.'