I need to be dead certain! Undertaker takes coffin to a hospital to check the person inside is not ALIVE after ‘hearing muffled cries’ ahead of funeral in Argentina

A funeral procession in Argentina was diverted to a hospital after occupants of the hearse thought they heard noises coming from the coffin.

The funeral of the unnamed Argentinian woman, 65, who died in Buenos Aires on Wednesday, was diverted to a hospital after family members accompanying her thought they heard banging noises and muffled cries coming from the casket.

The funeral procession was rerouted to a nearby hospital so that doctors could check if the woman was still alive.

Video footage shows a doctor, several hospital colleagues and the woman’s family gathering around the back of the hearse to check inside the coffin.

After hearing the banging and muffled cries coming from the coffin, relatives diverted to the Hospital Blas L. Dubarry to have the corpse inspected, but the doctor there confirmed the woman had been dead for at least 24 hours. 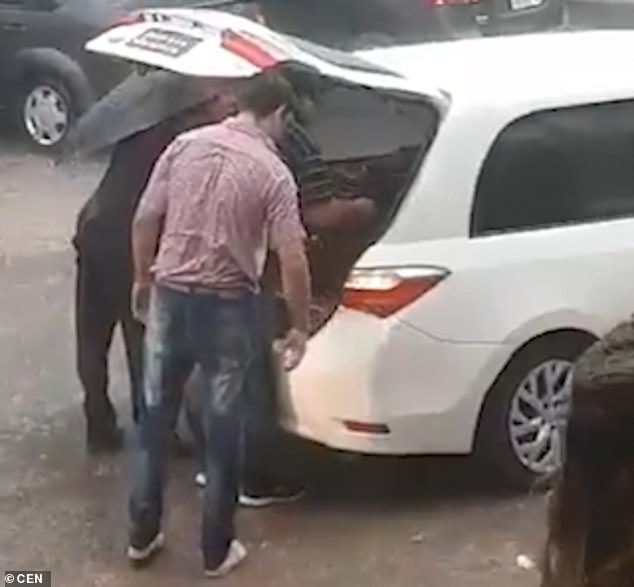 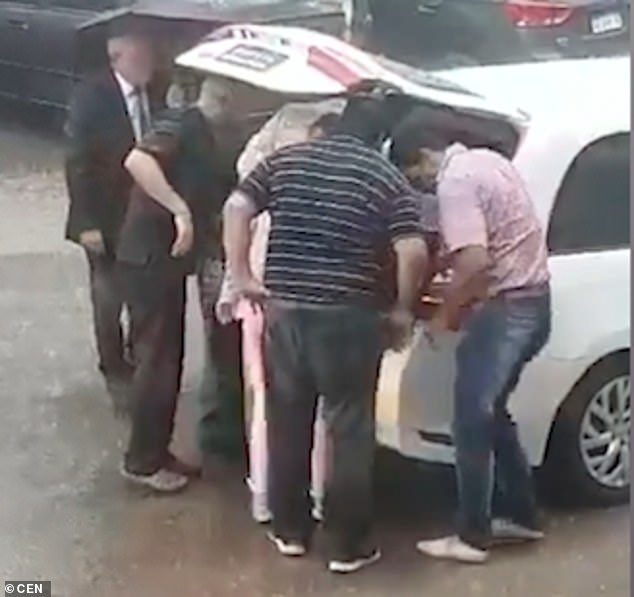 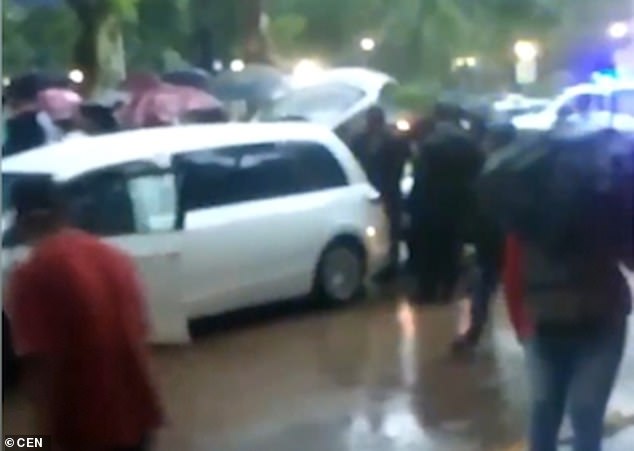 The funeral procession in Argentina was diverted to a hospital so doctors could check whether the woman, 65, was in fact dead or alive

The funeral company had released a press statement to say the driver heard ‘loud noises’ coming from the coffin.

It is presumed the occupants of the hearse were either mistaken in what they heard or that he corpse was releasing sounds caused by a build-up of gases or the stiffening of muscles controlling the vocal chords.