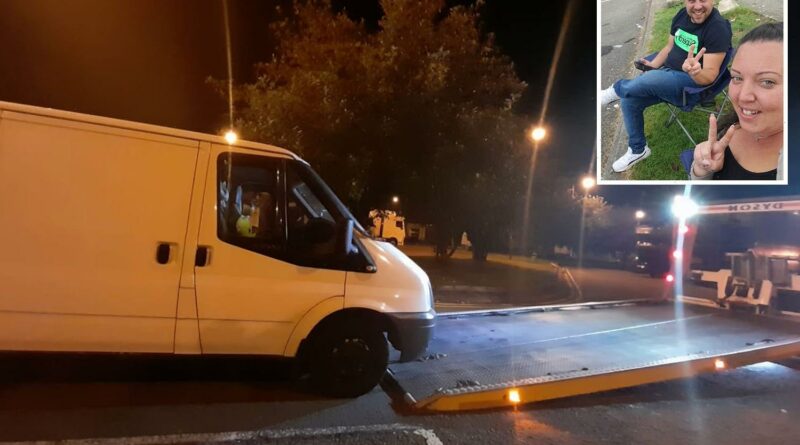 A COUPLE were left fuming after they had to wait 32 hours to be rescued by RAC.

Sabrina Scantlebury, 31, and Luke Kennedy, 30, were travelling back from visiting relatives in Abberaron, Wales, when their Ford Transit camper van broke down with a cracked fuel injector – nearly 200 miles away from their home in Lanivet, Cornwall. 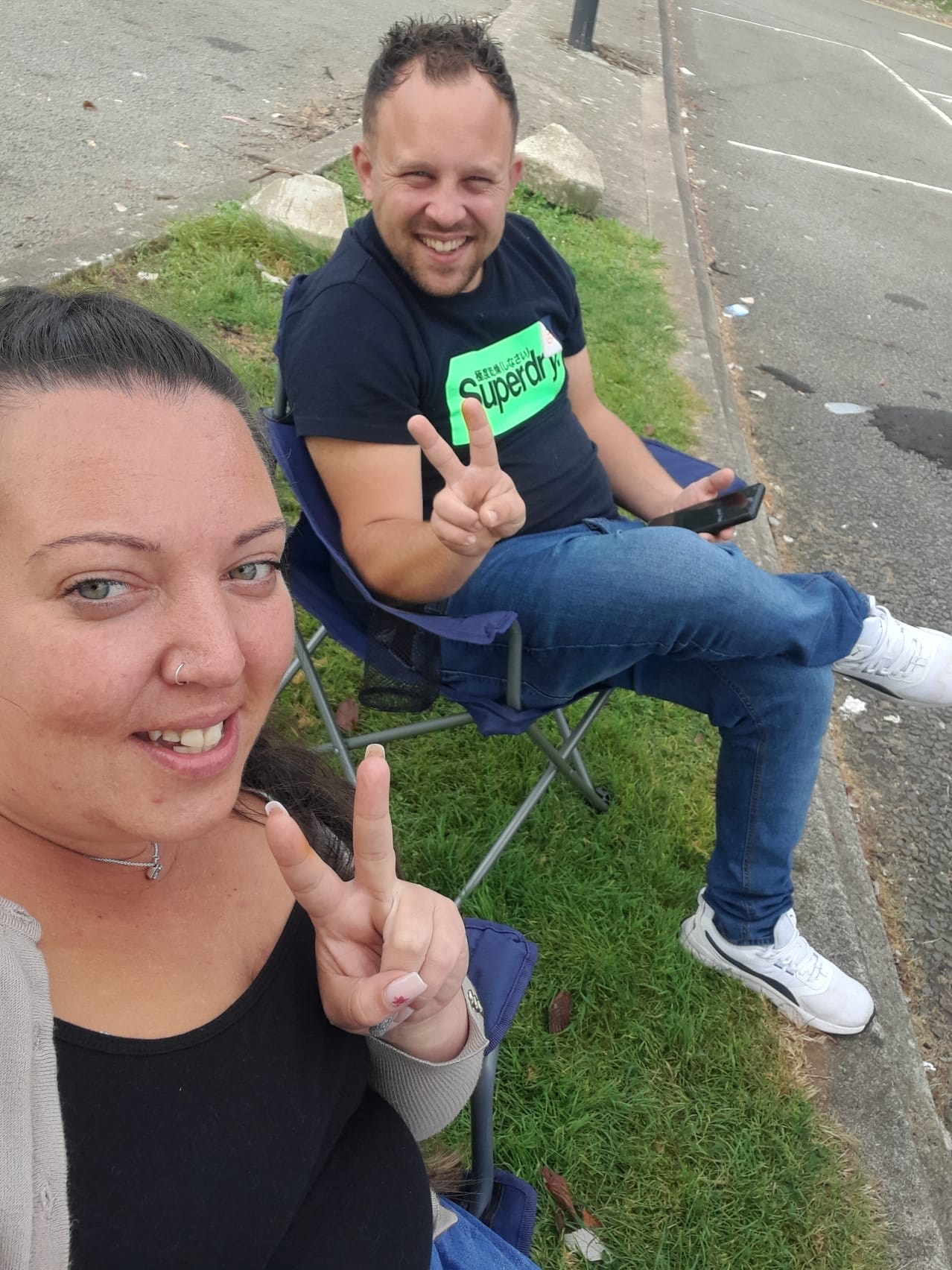 The pair were finally rescued in their Ford Transit campervan shortly before 1am on Tuesday morning at Cardiff West Services – after first calling RAC at 4.30pm on Sunday afternoon.

When The Sun spoke to the pair on Monday night they were stranded in their camper van and eating free burgers given to them by sympathetic staff.

Sabrina told The Sun: “We are fuming.

“We just want to get home. If I go into shock through all this stress I’d like to know who will be responsible for it.

“RAC called us yesterday at 4.30pm and offered us a taxi and train home.

“I said ‘no’ I want to get back with my vehicle to Cornwall.

“We’ve been here for over 24 hours and there doesn’t seem to be any end in sight.

“We’re desperate to get home and we’ve just been lucky that the staff at the service station have been so friendly and accommodating.”

Sabrina and Luke said they have been living off service station fare for the last 24 hours.

Care worker Sabrina said: “We’ve had a lot of Costa and the staff of Burger King have been really kind and given us free dinner.

“We just hope we’re able to get home soon.”

Sabrina said she and Luke each got £15 gift vouchers for their wait in services – and they will be cancelling their RAC cover immediately.

She got back home at 5am and added: “The driver Oh My God he was awful.

“I’m absolutely disgusted. The way I look at it, if I had a child would I have been left with a child like that? I’m not happy at all.”

“That’s not going to cover nothing,” she fumed.

“You cannot really sit in services all day, so we were going from the services to the van and from the van back to the services.”

She explained she didn’t want to leave her van for the RAC to pick up over fears it would be broken into.

“My sister had her Mini returned five days later after breaking down, with four flat tyres,” Sabrina added. 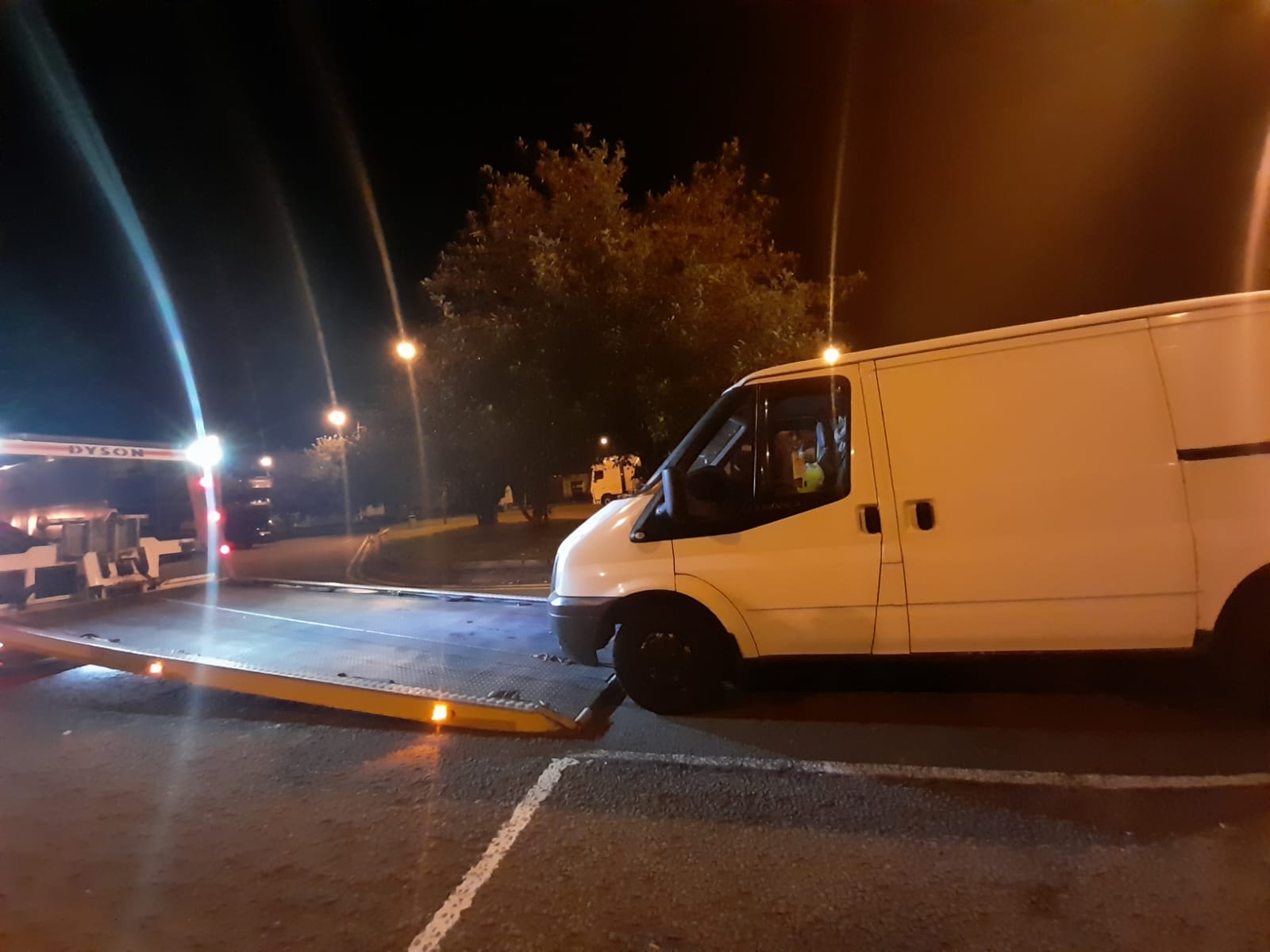