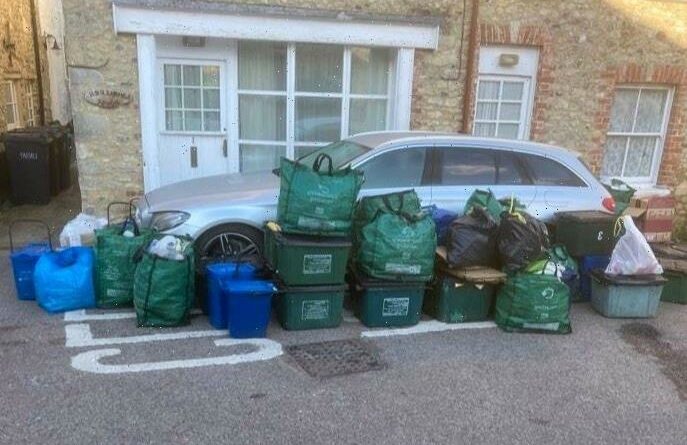 FURIOUS neighbours surrounded a car parked in a "keep clear" spot with their rubbish after it blocked a recycling truck from getting down their street.

The flash Mercedes had been parked in the clearly-marked area for two days and despite attempts to find out who owned it, locals couldn't track down the culprit. 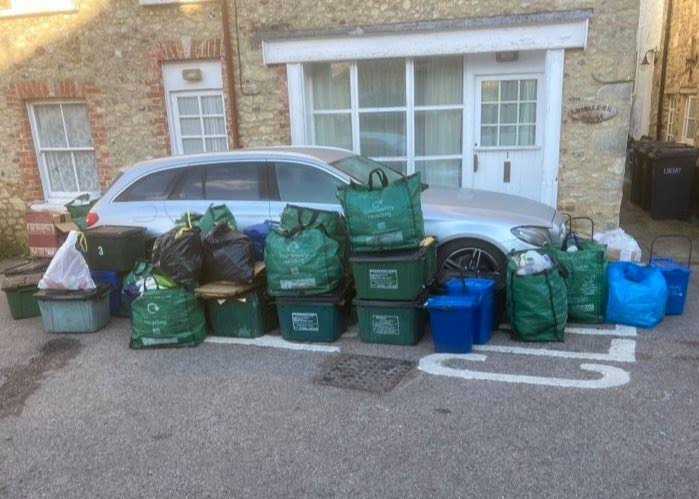 Three of the weekly collections of recycling and food waste had already been missed, and the latest was due to take place yesterday morning.

So to combat the poor parking, residents decided to make an example of the unknown motorist, reports Sidmouth Nub News.

Villagers in Branscombe in Devon piled up their uncollected bags of recycling around the offending vehicle on Parsons Lane and posted photos on social media.

Eventually, someone contacted the police about the vehicle, and the owner was traced through their insurance company.

The car has now been removed.

But in the meantime, residents are still waiting to have their rubbish collected – and since this includes food waste, they say it's now becoming an environmental health issue.

One resident, David Miller, said the food waste is infested with maggots and smells disgusting.

Their website explains that their contractor is struggling with staff shortages and unable to make all the usual collections.

Meanwhile in Hull, a mum claimed that a “petty” feud with her neighbour has gotten out of hand after he keeps parking his car perilously close to hers.

Tracey Featherstone, a support worker, has become increasingly frustrated by her neighbour's alleged actions which have left her unable to make journeys from home.

The woman claims that the neighbour is parking his car too close as pictures show only an inch gap between the two vehicles.

Tracey said the man next door comes home every night at 6pm and parks his car as close as possible to hers, despite there being plenty of room on the street.

She said: "I park my car at the back off my house in a car park.

“I parked my car up at 6pm in a good space, but then he comes home and puts his work van right at the side of mine with me unable to drive it out.” 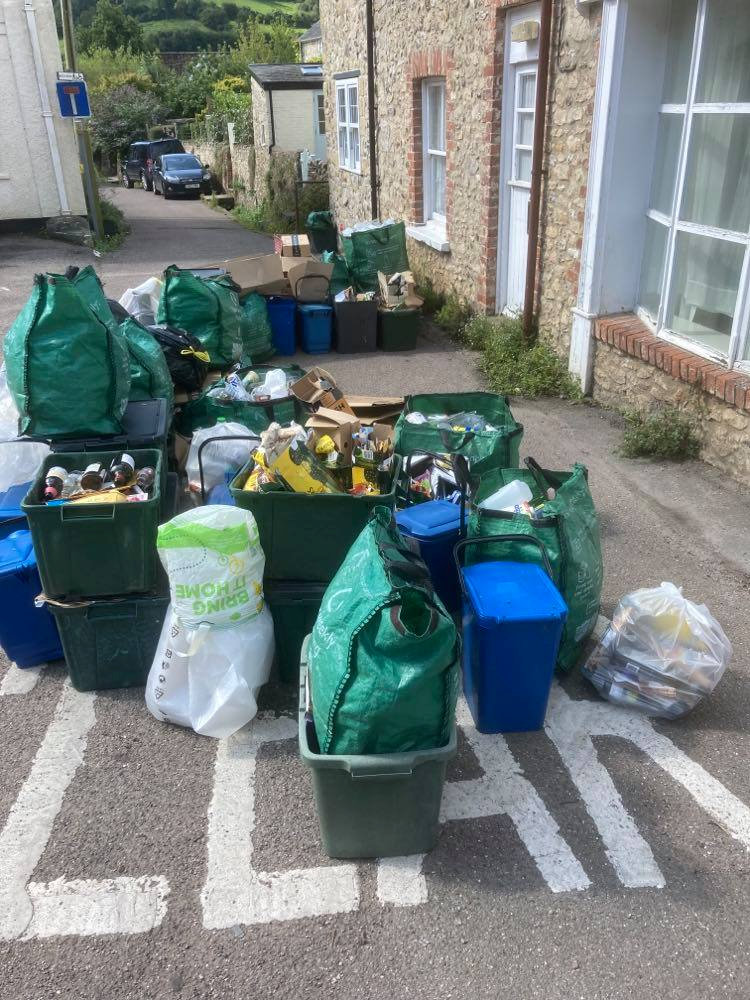