Furious Tory MPs blast Boris Johnson over new national lockdown as they claim the PM is turning the country into an ‘authoritarian, coercive state’ and ‘more than a dozen’ now intend to rebel against the Government

Boris Johnson’s plan to plunge England back into lockdown on Thursday was savaged by Tory MPs this afternoon as they claimed the Prime Minister is turning the country into an ‘authoritarian, coercive state’.

The Prime Minister told the House of Commons that rising coronavirus case numbers mean ‘there is no alternative but to take further action at a national level’.

But he was blasted by some of his own backbenchers as they accused the Government of ‘criminalising parents seeing children and children seeing parents’ as they demanded the creation of a formal written constitution to protect rights.

He also faced pressure to support setting up a new parliamentary committee to scrutinise the Government’s strategy and to ensure that the ‘cure’ of lockdown is ‘not worse than the disease’.

Meanwhile, opposition MPs said Mr Johnson’s defence of his plan amounted to an ‘announcement of defeat’. 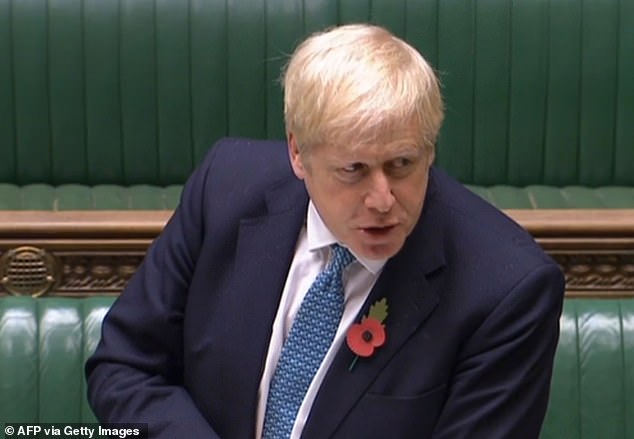 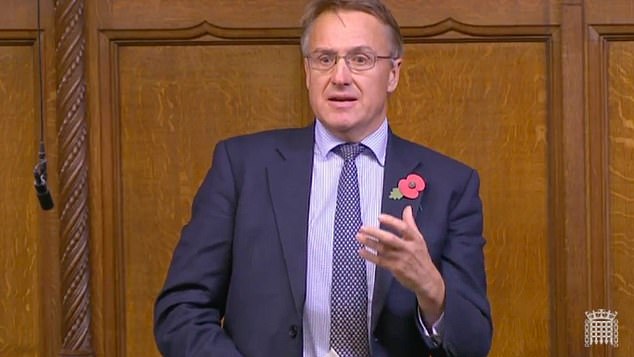 MPs are due to vote on lockdown on Wednesday and Sir Keir Starmer today confirmed that Labour will be voting with the Government.

That means that the restrictions, which include shutting pubs, bars, restaurants and non-essential shops for four weeks and banning household mixing indoors, will sail through the Commons.

However, Mr Johnson is facing a growing Tory rebellion as relations between Number 10 and some Conservative MPs become increasing strained.

The strength of feeling was demonstrated by senior backbencher Sir Charles Walker who told the PM: ‘I will not be supporting the Government’s legislation on Wednesday because as we drift further into an authoritarian, coercive state, the only legal mechanism left open to me is to vote against that legislation.

‘That is all we have got left. If my constituents protest they get arrested.

‘Given that the people of this country will never ever forgive the political class for criminalising parents seeing children and children seeing parents, does the Prime Minister not agree with me now is the time for a written constitution that guarantees the fundamental rights of our constituents, a constitution underpinned and enforced by the Supreme Court.’

Mr Walker’s suggestion was given short shrift by the PM who replied: ‘I think what the people fo this country want, rather than delectable disputations on a written constitution, is to defeat the coronavirus and that is why I think overwhelmingly they understand the need for these measures and they understand the need for us to come together as a country and get the R down in the way that we are proposing.’

Mr Walker had earlier predicted that there will be approximately 15 rebels on the Government’s benches during Wednesday’s vote on the second national lockdown.

‘The impact of the pandemic goes well beyond Covid patients, to all parts of the NHS, to the economy and to our personal and social wellbeing,’ he said.

‘Do you agree that for this House to be able to determine across all parts of Government that decisions have been taken on the best available evidence, that a new parliamentary committee… should be established to reassure the British public that the cure is not worse than the disease.’

Mr Johnson also faced pressure to give more consideration to the economic consequences of his lockdown policy.

Tory chairman of the Treasury Select Committee Mel Stride said economic experts should play a greater role in decision-making as he said there needed to be a ‘more balanced debate about lockdown involving both scientists and economists more prominently’.

Conservative chairman of the 1922 Committee Sir Graham Brady called for a full impact assessment to be published before MPs vote on whether lockdown should go ahead.

He said: ‘Can I ask you before Wednesday to publish a full impact assessment setting out the cost of the lockdown in terms of jobs that will be lost, businesses that will fail and the enormous toll on people’s mental and other aspects of their health, the lives that will be lost as a result of lockdown, as well as those that we hope to save?’

Mr Johnson responded: ‘There are many estimates of the economic impact that the country has already sustained, many projections of the losses in employment that we alas expect.

‘But against them, we must set the tragic loss of life that would inevitably ensue if this House failed to act on Wednesday.’

Meanwhile, DUP MP Sammy Wilson said the PM’s statement to the House setting out his plan was an ‘announcement of defeat’.

He likened Mr Johnson to Lord Halifax who during the Second World War had advocated trying to negotiate a peace with Germany and Italy. 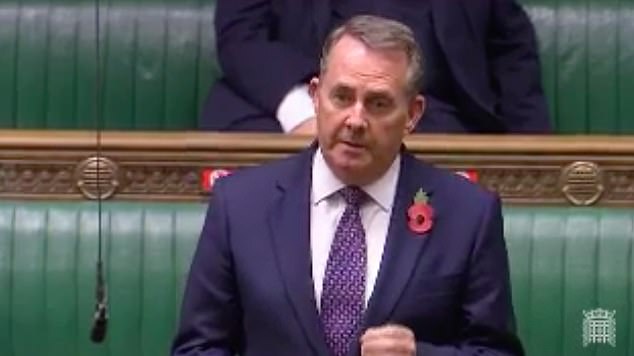 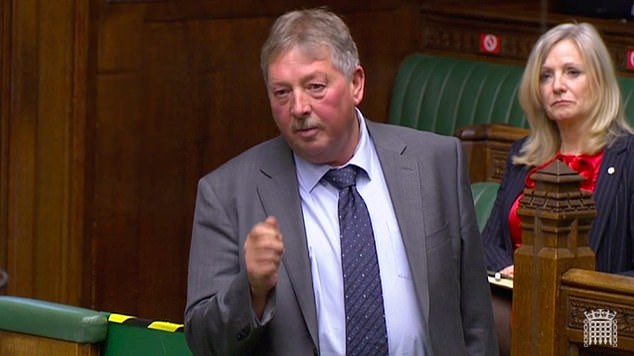 ‘Because while we have had the rhetoric of defiance, this announcement today really is an announcement of defeat.

‘Can you promise us that once we get past this latest lockdown that if there is another upsurge we aren’t going to get the same bout of the same destructive medicine but we will get a policy which allows this country and individuals to run their own lines and not be ruled by this virus.’

Mr Johnson replied: ‘I sympathise very much with the sentiments you express about the loss of freedom and people’s frustrations.

‘I do understand that but I must say that I think that what the people of the country want to see is this virus brought down. They want to see a reduction in the infection rate and alas at the moment this is the best tool we have to do that when you look at the whole national picture.’