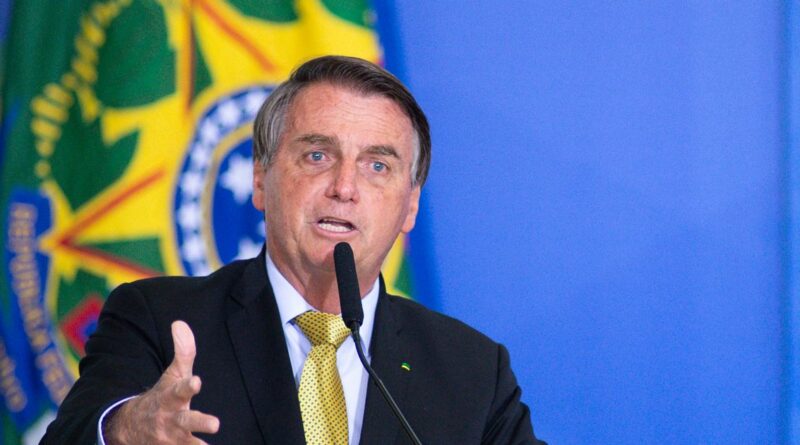 Footage of Brazil's President Jair Bolsonaro admitting he would engage in cannibalism was released amid a fiery race for the nation's next leader.

Speaking to a foreign journalist in 2016, Bolsonaro said: "I'd eat an Indian, no problem at all".

Describing a trip he took to an Indigenous community of the Yanomami people, who live in the mountains of northern Brazil, he said the tribe had reportedly offered him the opportunity to eat human flesh.

READ MORE:'Kobe Cannibal' whose only regret was not 'eating victim alive' is a free man

The Yanomami people have struck back at Bolsonaro's claims as they say they have never engaged in cannibalistic acts.

After hearing the shocking remarks Bolsonaro made, Lula said: “Bolsonaro has revealed that he would eat human flesh".

After defeating the current president in the first round of Brazil’s presidential election last Sunday (October 2), the 76-year-old Lula, who was president between 2003 and 2010 will aim to reclaim leadership in the second-round of the presidential race on October 30.

In what was a 76-minute interview New York Times journalist Simon Romero, Bolsonaro made bold claims about the purported acts of cannibalism among the Yanomami people.

“There was this time I was in Surucuru, and an Indian had died and they were cooking him. They cook Indians. It’s their culture. They cook it for two or three days and then eat it with banana," Bolsonaro claims.

"I wanted to see an Indian being cooked but the guy said if you go, you have to eat it.

"I’ll eat it," Bolsonaro boldly agreed. "But no one else in my group wanted to go, so I didn’t go, but I’d eat an Indian, no problem at all. It’s their culture.”

Despite Bolsonaro's declarations, he was met with condemnation by several Yanomami leaders who called his claims “delirious”.

Yanomami activist Junior Yanomami said: “My people aren’t cannibals … This doesn’t exist nor has it ever existed, not even among our ancestors".

Sônia Guajajara, an Indigenous leader who had just been elected to congress, labelled the president as "a compulsive liar".