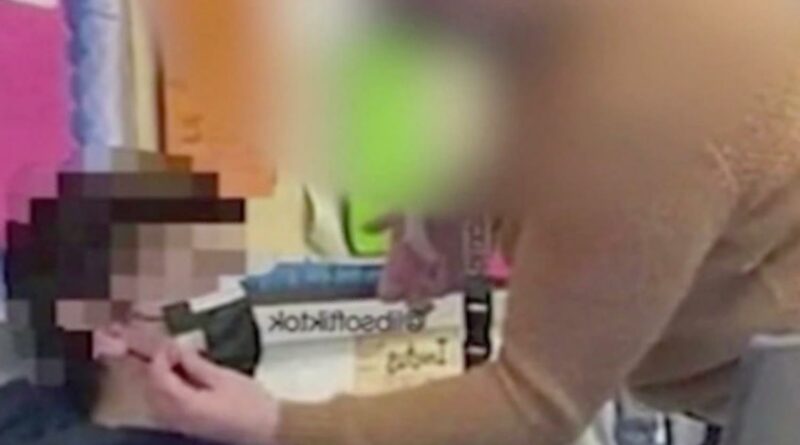 PARENTS are furious after a shocking photo showed a teacher taping a mask to a young student’s face in a school classroom.

The viral photo led to outrage from parents, who shared their concerns with district leaders at a heated school board meeting on Thursday night. 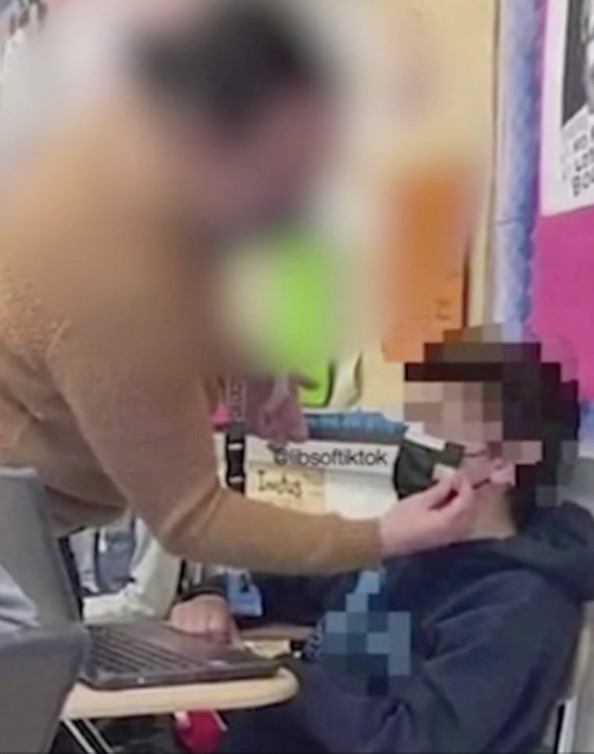 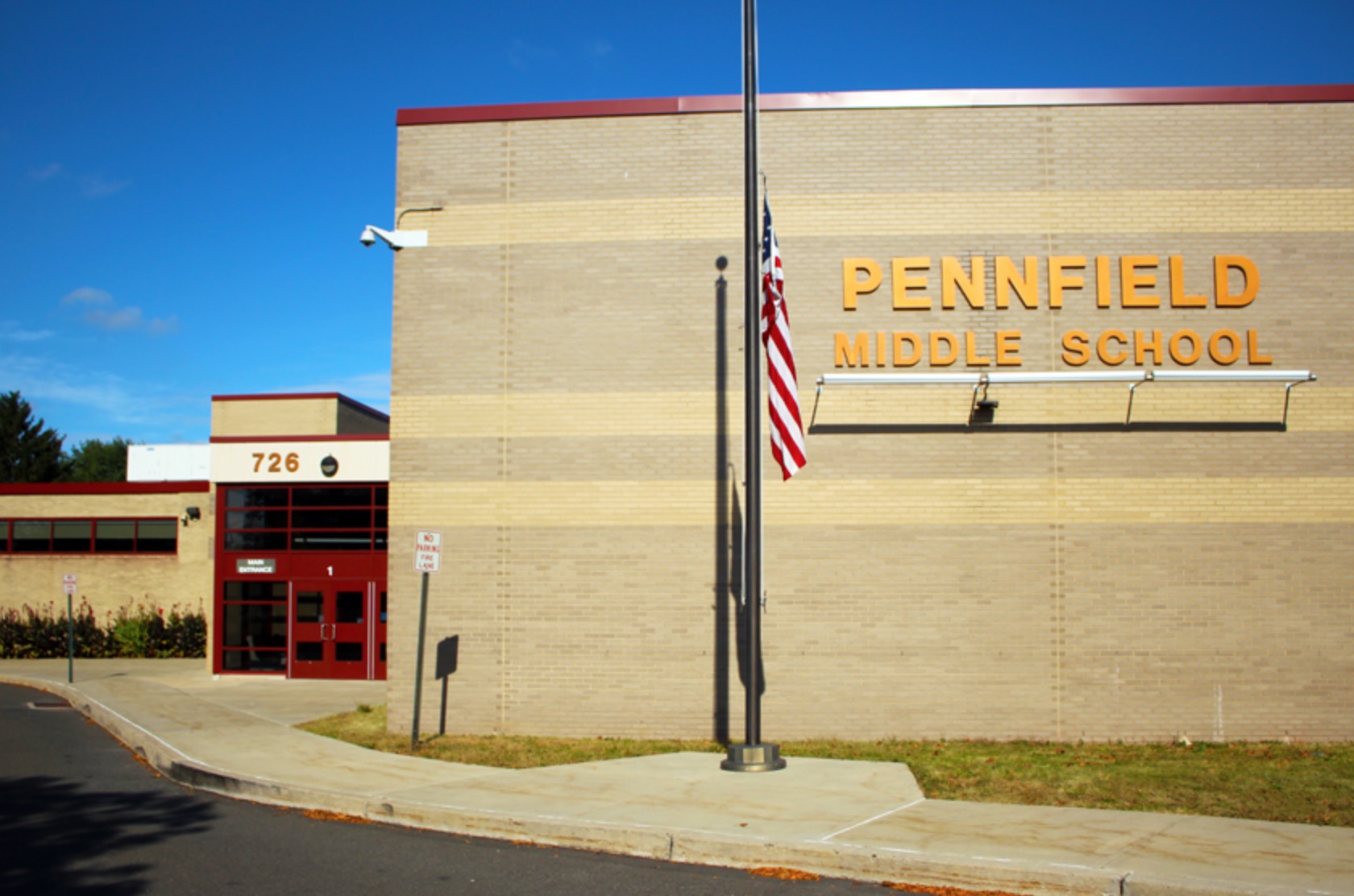 “Pro-mask or anti-mask, I hope we can all agree that taping masks to children’s faces crosses the LINE," a Facebook post containing the picture said.

The photo, which was shared on January 17, shows a Hatfield, Pennsylvania, middle school teacher taping a mask to a student's face, the New York Post reported.

The circumstances that led the teacher to put tape on the top and side of the child's mask remained unknown as of Friday night.

A post on the district's website from November said students, staff, and school visitors were required to wear masks indoors "during high levels of community transmission."

The North Penn School District apologized for the incident in a statement and said the matter was “being addressed” with the teacher involved.

"An image taken in one of our classrooms last week and circulating on social media does not represent the universal values that the North Penn School District strives to instill in both our students and staff," the statement said in part.

Moment controlling thug kidnaps girlfriend by bundling her into van

“After an immediate investigation, it was determined that while the incident was isolated and no malice was intended, the actions of the teacher were entirely inappropriate and unacceptable, no matter the context."

District leaders apologized again at the Thursday school board meeting, where they heard comments from concerned parents.

School leaders also read a statement published by NorthPennNow.com from the mother of the student in the photo.

The child's mother said in the statement that she never intended for the photo to get national attention, and had agreed to share it with a local private group to garner support ahead of the school board meeting.

She called the situation "utterly out of control" and said it turned into her "worst nightmare."

“While I appreciate parents and groups alike coming to our defense, as stated above, what this has evolved into is exactly what I wanted to avoid," she said.

Local Fox affiliate WTXF spoke with a district parent who runs the North Penn Stronger Together Facebook page where the photo was posted.

She told the news station that the picture was shared in an effort to rally support in calling on the district to act.

She said she didn't expect it to go viral but understands why so many people had a response to it.

The district called the matter "serious" but said no further information could be released since personnel and student matters are confidential.

A similar situation unfolded in Las Vegas, where a substitute teacher was said to have taped a mask to a nine-year-old's face.

“He was very upset. He was crying. He was humiliated,” the anonymous parent told local Fox affiliate KVVU-TV in September of 2021.

She told the news station that it happened after the fourth-grader neglected to put on his mask after getting up to grab a drink of water.

School officials started looking into it when the boy went to the office to pick up homework that his dad dropped off.

Clark County School District released a statement, saying: “The district is aware of the isolated incident and is dealing with the employee through the proper channels. The principal proactively notified the family of the investigation.”